Over 9 years ago, Scuf Gaming® created a new market space for professional, customized gaming controllers/input devices... the birth of the SCUF® controller. The pioneering SCUF® controller was invented to increase hand use and reduce latency. This was achieved by adding, and continuing to improve, controller features which improve gameplay by allowing more dexterity and increased functionality in a safe and ergonomic way.

Today, SCUF Gaming’s® innovations are covered by more than 103 granted patents and designs, and another 55 pending patent applications that protect 4 key areas: back control functions, trigger control mechanisms, thumbstick control area and handles, and side action controls. SCUF has licensed its IP and technology to several companies, to include Microsoft in 2015 for the creation of the Xbox Elite Wireless controller.

The patents and design registrations listed below relate to hand held input devices used for controlling computer programs such as video games on interactive systems including Console, PC, Mobile and VR. These patents cover features ranging from a plurality of additional detachable controls located on the back of the controller, to individual elongated members, to mounting plates which can activate magnetic switches, sensors or microswitches, to adjustable trigger stops, to side action controls (SAX™ buttons)…to mention just a few of SCUF Gaming’s® innovations. 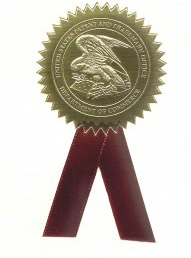 Some of our Patent Press Releases

26 November 2019 – SCUF Gaming Passes Major Milestone Grant Of 100th Patent
Scuf Gaming’s latest patents expand the international coverage of its in-case trigger stop feature. Trigger stops significantly reduce the travel distance of the trigger. Since its invention in 2011, the trigger control system has become a necessity for shooter games, where every millisecond matters, because it allows for quicker aim and firing.

26 April 2019 – SCUF Gaming Innovation Continues to Reshape Controller Market on World Intellectual Property Day
“It’s amazing to see how the controller market has evolved since we first invented back control functions 9 years ago,” says Duncan Ironmonger, CEO and Co-Founder of Scuf Gaming. “At the time, the middle fingers of the hands went completely unused. It seemed logical to create back paddles to mimic the front buttons, so that the thumbs could reside on thumbsticks. In 2011, only a few hundred people used our features. Today, most core gamers would agree that you can’t play modern games without SCUF features.”

5 November 2018 – Scuf Gaming® Increases Global Intellectual Property Footprint With Release of Vantage™ Controller
The SCUF Vantage™, the company’s most recent and advanced PS4™ controller, relies on existing Scuf Gaming® intellectual property, such as remappable back control functions, interchangeable thumbsticks and trigger control mechanisms. It also features innovations never before seen in a controller, such as the Sax™ buttons (removable side action buttons), which permit mid-finger activation of game functions and removable vibration modules to quickly select vibration and weight preferences. The SCUF Vantage™ has almost 40 granted or pending patents covering its unique features, and the number of patents continues to grow.

3rd February 2017 - USPTO Issues Scuf Gaming Five Additional Patents, Taking SCUF Total to an Impressive Twenty-Nine Issued Patents
CEO & Founder of Scuf Gaming, Duncan Ironmonger says, “As we evolve and further innovate in the input device space, our IP becomes an increasingly important factor of our roadmap and product development. With inventions and designs extending well into the future, our focus remains around improving the user experience. This passion and focus is core to our DNA and what helps drive us to develop the next era of gaming input devices. Since creating a new market space six years ago, our dedication and innovation to support the modern day demands of advanced gaming grows stronger – get ready for an exciting twelve months ahead!”

6th June 2016 - Scuf Gaming Technology Protected In Countless Ways as USPTO Issues Yet Another Patent Taking the Total to 21 - Ironmonger says "This is Possibly our Most Important Patent Milestone to Date Because of How it Helps Lock Down and Protect our Inpur Device Strategy for Console, PC, Mobile, Tablet and VR"
Five (5) years after inventing several additional core functions for a Gaming Controller and creating a new market space for professional controller/ input devices, Scuf Gaming through Ironburg Inventions (Invention/ Patent Subsidiary) talks more openly about its mid-term product strategy, as its count is extended to twenty-one (21) issued patents. On 31st May 2016 the USPTO issued Utility Patent No 9,352,229 B2, which relates to a hand held input device for controlling video games or other interactive systems with a plurality of additional detachable controls located on the back of the controller, ranging from individual elongated members to mounting plates which can activate magnetic switches, sensors or microswitches.

8th April 2016 - SCUF Granted Yet Another Game Changing Utility Patent
Scuf Gaming through Ironburg Inventions (the “Invention/ Patent subsidiary”) has been issued yet another very important Gaming Controller Utility Patent, U.S. Patent No. 9,289,688 by the USPTO, which relates to enabling the user to employ the middle and little fingers of the hand to control Triangular Cross-sectional functions of the reverse of a controller. Included in the patent are conduits for lateral support of elongated back functions (eg paddles or flippers) and also a locking mechanism and switch mechanism to the rear panel.

15th October 2015 - Scuf Gaming Licenses Its Technology to Microsoft and Becomes official and Exclusive Xbox 3rd Party Controller Partner for Professional Gaming
Scuf Gaming (together with its patent subsidiary, Ironburg Inventions, Ltd) “SCUF” announced that it has signed a licensing agreement with Microsoft Corporation, providing Microsoft the rights to use SCUFs intellectual property, patents and innovations. Under the terms of the agreement Scuf Gaming will also become the exclusive 3rd party accessories partner for the Xbox Elite Wireless Controller.

5th February 2014 - SCUF Utility Patent Issued for Controller Back Functions/Paddles
Scuf Gaming through Ironburg Inventions (Invention/ Patent subsidiary) is issued Gaming Controller Utility Patent; No 8,641,525 by USPTO, which relates to the activation of functions controlled on the reverse of a controller, named and referred to as Paddles by Scuf Gaming and now commonly known as such by the Gaming industry.