SCUF is known in the video gaming space for creating a new controller category where over 90% of professional gamers use SCUF technology. Through their innovation, SCUF has revolutionized the way gamers utilize more of their hand by the addition of several new features on a gaming controller, which they successfully patented over the past 6 years. Recently the following patents have been issued to add further protection around SCUF innovation: 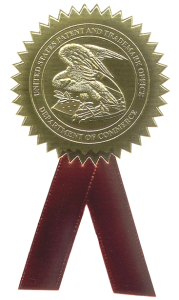 Utility patents 9,352,229 and 9,492,744 relating to an input device/game controller with recessed channels for lateral support of back functions and/or with a mounting plate or battery hatch for controlling video games or other electronic interactive systems.

Patent No 9,533,219 is a utility patent for a video games controller that has elongated members (commonly known as paddles at Scuf Gaming) with projection (pimple) for actuating flush OFR recessed switch in controller body.

Patent No 9,550,116 is a utility patent for a controller for a game console that has elongated members (commonly known as paddles at Scuf Gaming) which are axe/oar shaped at the free end.

Patent No D777260 is a patent for a controller hatch cover that gives the appearance of a removable hatch/cover panel with elongated members (commonly known as paddles) in recessed channels.

Since 2011, Scuf Gaming has been issued 29 patents with another 68 pending. In October 2015, Scuf Gaming (together with its parent subsidiary, Ironburg Inventions, Ltd) signed a licensing agreement with Microsoft Corporation, providing Microsoft rights to use SCUF’s intellectual property to create the Xbox Elite Wireless Controller. Today, Scuf Gaming actively adds to its already impressive patent bank and defends its IP against companies who are believed to be infringing.

About Scuf Gaming:
Scuf Gaming® is a global leader and innovator in esports, providing tactical gear for elite gamers where more than 90% of the world’s top professional gamers in shooters use a SCUF. Selling high-end accessories and customized gaming controllers for PC and console, SCUF offers a number of functional and design features custom built to increase hand use and improve gameplay. Built to specification, SCUF controllers cater to professional and hardcore gamers who are looking for a competitive edge and recognize that one size does not fit all. The primary focus for SCUF controllers are the functional features, which go toward improving your game, allowing you to reduce latency and use more of your hand in a safe and ergonomic way. The SCUF controller has features, which are covered by 29 granted patents, and another 68 pending; protecting 3 key areas of a controller; back control functions and handles, trigger control mechanisms and thumbstick control area. Scuf Gaming is the official controller partner of major gaming leagues, CWL, MLG, ESL, Gfinity, EGL and UMG. With operations and production in North America and Europe, Scuf Gaming also provides a variety of accessories and apparel specifically designed for Elite Gamers.