This week’s profile focuses on one of the most successful, skilled, and versatile players Call of Duty has ever seen – Jordan ‘JKap’ Kaplan.

JKap’s break into elite-level Call of Duty came on Modern Warfare 2, a game on which he would be considered arguably the best in the world. In the era of Major League Gaming’s Pro Circuit Ladders, which made up the majority of the season, JKap played for the already legendary Xtravagant, alongside Raymond ‘Rambo’ Lussier and Will ‘BigTymer’ Johnson.

The squad had a marginally disappointing end to the season, only managing a third-place finish at the MLG National Championships in 2010, an event they’d set their sights on winning. As Modern Warfare 2 wrapped up they went their separate ways, but through a series of roster changes the team would ultimately find itself more or less reformed under OpTic Gaming, with Joe ‘MerK’ DeLuca joining the former Xtravagant trio.

Now representing the Green Wall, JKap would help take the team to their greatest heights yet, a dominant force throughout a season in which JKap himself was named the greatest player in the world, for a second consecutive year in the eyes of many, even eclipsing the prodigal talent of his future team-mate Seth ‘Scump’ Abner.

Having taken a year away during the turbulent Modern Warfare 3 season, JKap returned to competition as part of Team EnVyUs in Black Ops 2, the organisation he would become in many ways intrinsically linked to over the course of his career from then on.

JKap has played for Team EnVyUs since the second half of Advanced Warfare, making this stint with the team his longest, just a few months shy of three years. Over that period he’s been part of various iterations of the roster, but the current squad are the reigning Call of Duty World Champions, having earned the title at the end of Black Ops 3.

As a result, JKap has become almost synonymous with EnVyUs. While several star players have come and gone over the years, and JKap has himself parted on several occasions, when you think of EnVyUs in Call of Duty it’s hard to ignore JKap’s presence. 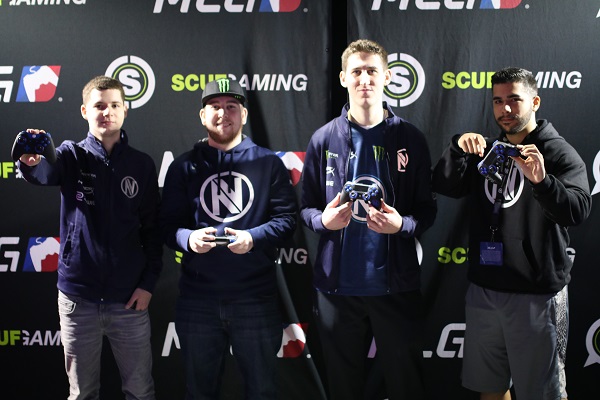 Very few players are as accomplished in Call of Duty as JKap – in fact, he currently stands as the most successful player of all time in terms of prize money earned. That title is born primarily of another accolade that he shares with just one other player – JKap has won the Call of Duty Championships twice.

Both follow a surprisingly similar narrative. JKap’s squads – Denial in Advanced Warfare and EnVyUs in Black Ops 3 – had established themselves at the top of the food chain, but still under the shadow of OpTic Gaming in the minds of most spectators.

Both times, come the most important event of the year, they matched up against OpTic Gaming in the very first round of the play-offs, and both times they pulled off a victory to progress, playing a major role in denying OpTic the championship they most crave. On both occasions they went on to play a surprise underdog in the grand finals, and both times emerged victorious. 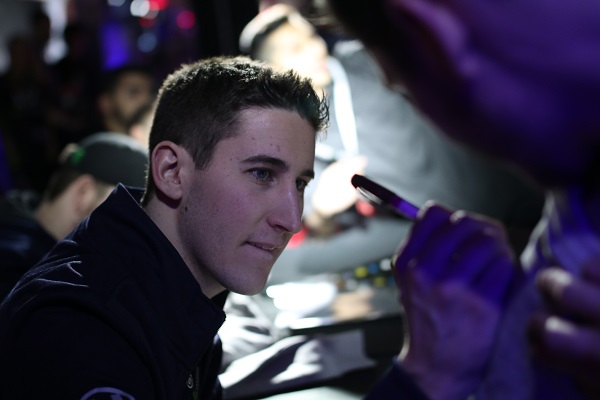 One of the aspects of JKap as a player that’s most remarkable is the change his playing style has undergone over the course of his career.

Through Modern Warfare 2 and Black Ops, JKap was a superstar. Supremely skilled, he dominated with an Assault Rifle in a fashion that made him universally hailed as one of if not the best player in the world on both titles. At his individual peak, JKap hit a level that only an exceptional few will ever reach.

Over the years, however, JKap hasn’t remained the greatest in the world on an individual level – holding onto such a title for so long is approaching the impossible, especially as new players come up, the level of competition rises, and the games themselves change in fairly significant ways.

JKap’s genius, instead, has shown in his ability to adapt. Though he may no longer be capable of dominating through sheer skill, he’s become an integral part of his teams in other ways. Nowadays, he’s a much more supportive player, stepping aside for other stars on his squads and instead filling the gaps to allow them to shine.

It’s meant that rather than slipping from the top, unable to keep pace in a role that’s relies on him taking over games, his position among the elite is arguably stronger than ever before, and he’s in some ways become even more successful thanks to his willingness to do whatever is necessary to win – even if that means a little less personal glory. 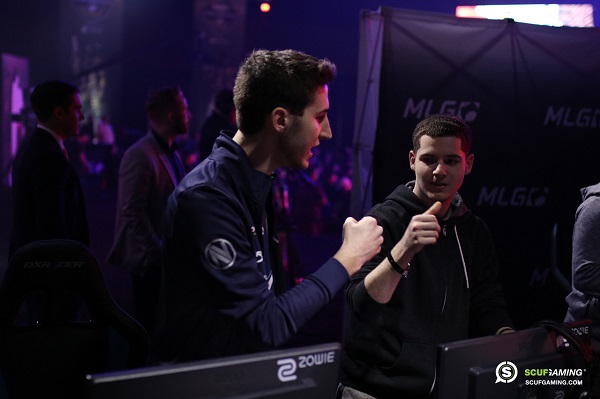 As a result of the many years he’s spent at the highest level of Call of Duty, it’s inevitable that JKap has become one of the more prominent figures in the game. However, despite the spotlight he could quite easily occupy, JKap is generally among the more reserved players in terms of his public demeanour.

That isn’t to say that JKap is camera-shy; in fact, he recently appeared alongside three other professional players on other games as a member of a fictional esports team in an episode of ‘Elementary’, a US-based TV adaptation of Sherlock Holmes. JKap also streams to nearly 100,000 followers on Twitch, and has in the past developed a YouTube channel with over 100,000 subscribers.


Learn about this champion's motivation from the man himself with Living Esports!