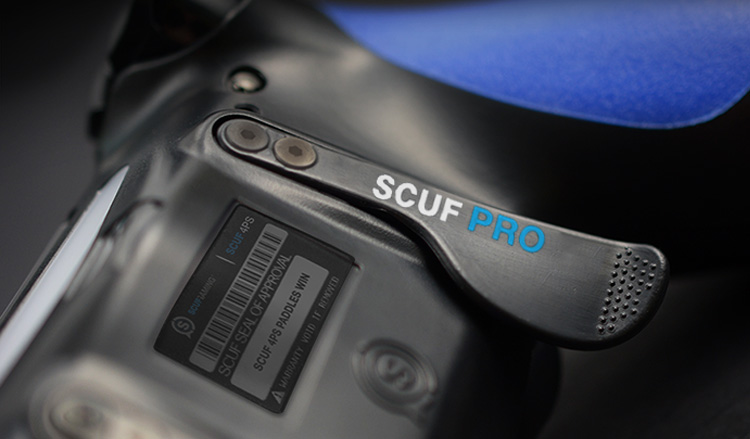 Scuf Gaming® is a global leader and innovator in eSports, providing Tactical Gear for Elite Gamers. Selling high-end accessories and customized gaming controllers for PC and Console, SCUF offer a number of functional and design features custom built to increase hand use and improve gameplay. Built to specification, SCUF controllers cater for professional and hardcore gamers who recognize that one size does not fit all. The primary focus for SCUF controllers are the functional features, which go toward improving your game, allowing you to reduce latency and use more of your hand in a safe and ergonomic way. The SCUF controller has features, which are covered by 9 granted patents, and another 28 pending; protecting 3 key areas of a controller; back control functions and handles, trigger control mechanisms and thumbstick control area. SCUF controllers are the official controller partner of major gaming leagues, including MLG, ESL, Gfinity, EGL, UMG and ESWC. With operations and production in North America and Europe, Scuf Gaming also provides a variety of accessories and apparel specifically designed for Elite Gamers.