The Race To Prestige continues, and Team SCUF is taking the opportunity to remember some of the best moments from Races gone by.

2012 was the first year that the Race To Prestige was officially recognized by Activision, and it brought with it the opportunity for fuller coverage with higher-profile gamers. Taking up this challenge was the appropriately named “Hashtag The Race”: a single Gamertag communally used by popular pro-gamers Ernest Le, TmarTn, GoldGlove, and JERiiCHO. Taking over the driver’s seat in shifts, the quartet shot, stabbed, and airstriked their way through several days of grinding, always in the Twitch camera’s view. And though this assembly of streamers made for exciting viewing, they were far from the only group participating. Thousands of gamers, streamers, and fans all over the world joined in on the fun (and sleep depravity) as each set their sights on becoming the first Prestige Master in 2012.

Perhaps one of the most enjoyable things about watching “Hashtag The Race” scramble through their 80 levels of combat was seeing brand new CoD features unfold in front of them for the first time. The game was Call Of Duty: Black Ops 2, and it was as new to the featured streamers as it was to anyone else playing it. Watching weapons unlock and strategies unfurl was not only a terrific source of entertainment: it was a learning experience for would-be pro-gamers viewing the Twitch stream from their homes around the world. 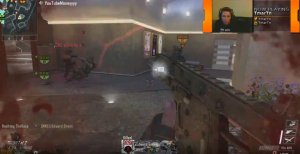 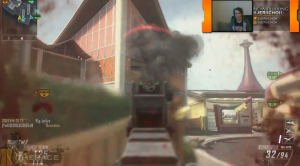 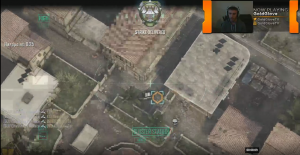 Ernest Le’s profound love for the Tomahawk, for example, was made perfectly clear from the get go, particularly during one amazing sequence where he was able to pull off a triple kill: the final throw of which was made from half a map away (see video below). JERiiCHO’s realization of the strategic importance of the Slum map’s “blue room” was another fond memory, particularly when he began to evolve his game to match. Moments like these set the stage not only for 2012’s Race, but for Races to come. A widespread audience saw that the event wasn’t just about bragging rights: it was about training yourself on the ins and outs of each multiplayer map, and doing it in a hurry.

That learning curve was not wasted on “Hashtag The Race”. During their multi-day run, they were ranked 1st in the world for score, making the live stream not only exciting, but somewhat historic. This moment in history was followed swiftly by the first Prestige Master in the world, oTradeMark, claiming his victory after over five straight days of playing. All this excitement set the standard for the future, where the event would only grow in viewership, leading to an outpouring of donations for the Call of Duty Endowment in Races to come.

Join us tomorrow for a look at 2013’s Race To Prestige.