Final Fantasy VII Remake is a revitalization of the original Final Fantasy VII with a new updated version with updated graphics, improved combat, and some new additions to the story as well. It’s stunning as it is fun to experience.

Returning as Cloud Strife, a former SOLDIER, you’ll help Tifa, Barret, Jessie, Wedge, Biggs, Aerith, and more fight against Shinra. As you progress you’ll find out things aren’t quite what they seem… and why Sephiroth is haunting you.

With lots of characters to play as and different combat styles to master, find out how to improve your gameplay and improved experience with SCUF. 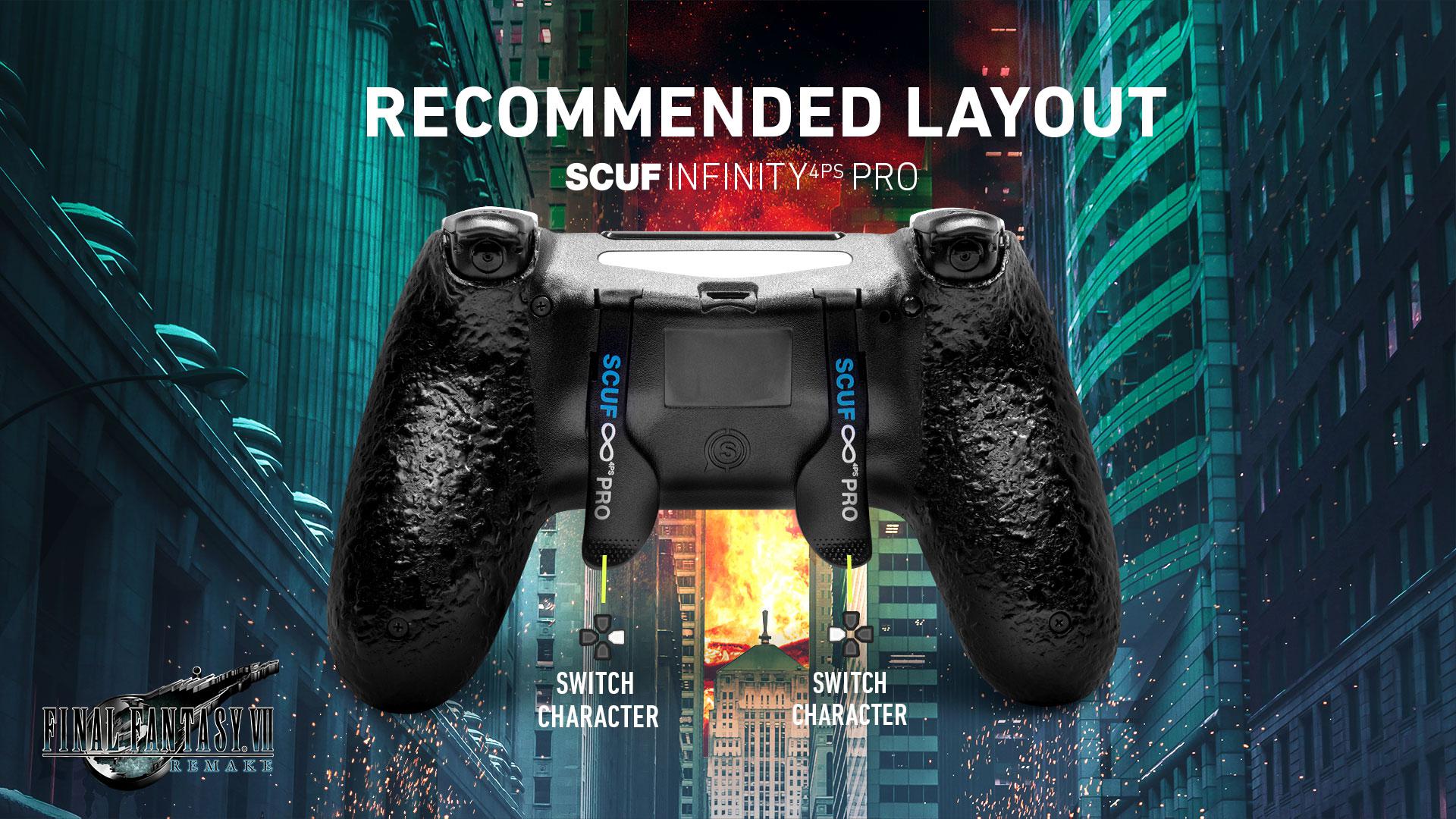 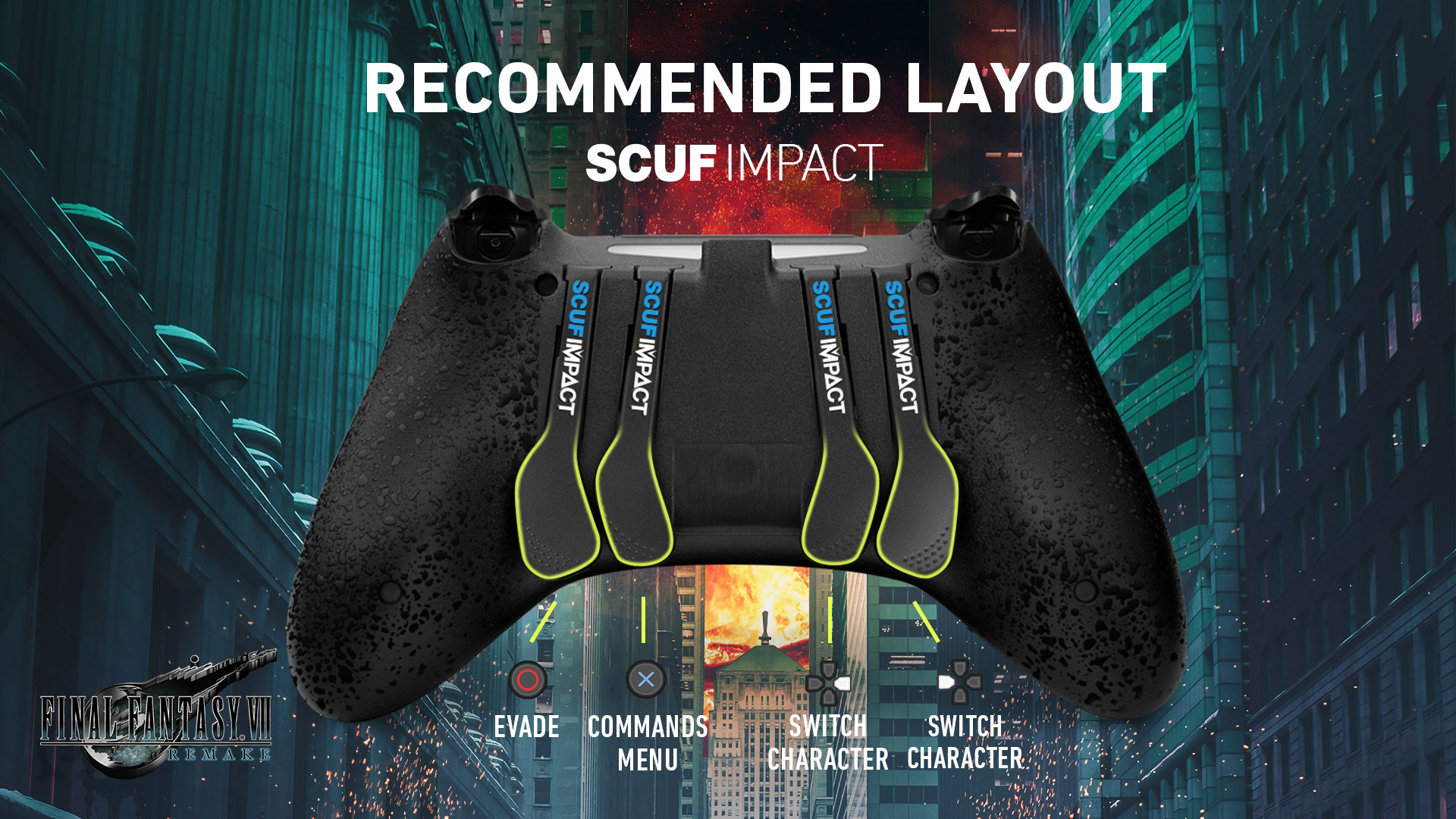 As you progress through the story in the Final Fantasy VII remake, enemies become more difficult and there are a lot more of them causing some fights to get chaotic. With Paddles, you can program them to support the way you like to play.

By default, you swap characters via the D-Pad, meaning you have to take your thumb off the stick to switch it up. Using a SCUF, you can remap D-Pad Left and D-Pad Right to the back paddles so you can keep moving during a fight while seamlessly swapping characters.

In addition, if you want to keep your thumb on Attack (square) during a fight but still want to quickly Evade or pull up the Commands Menu, this is also viable using the Paddles. 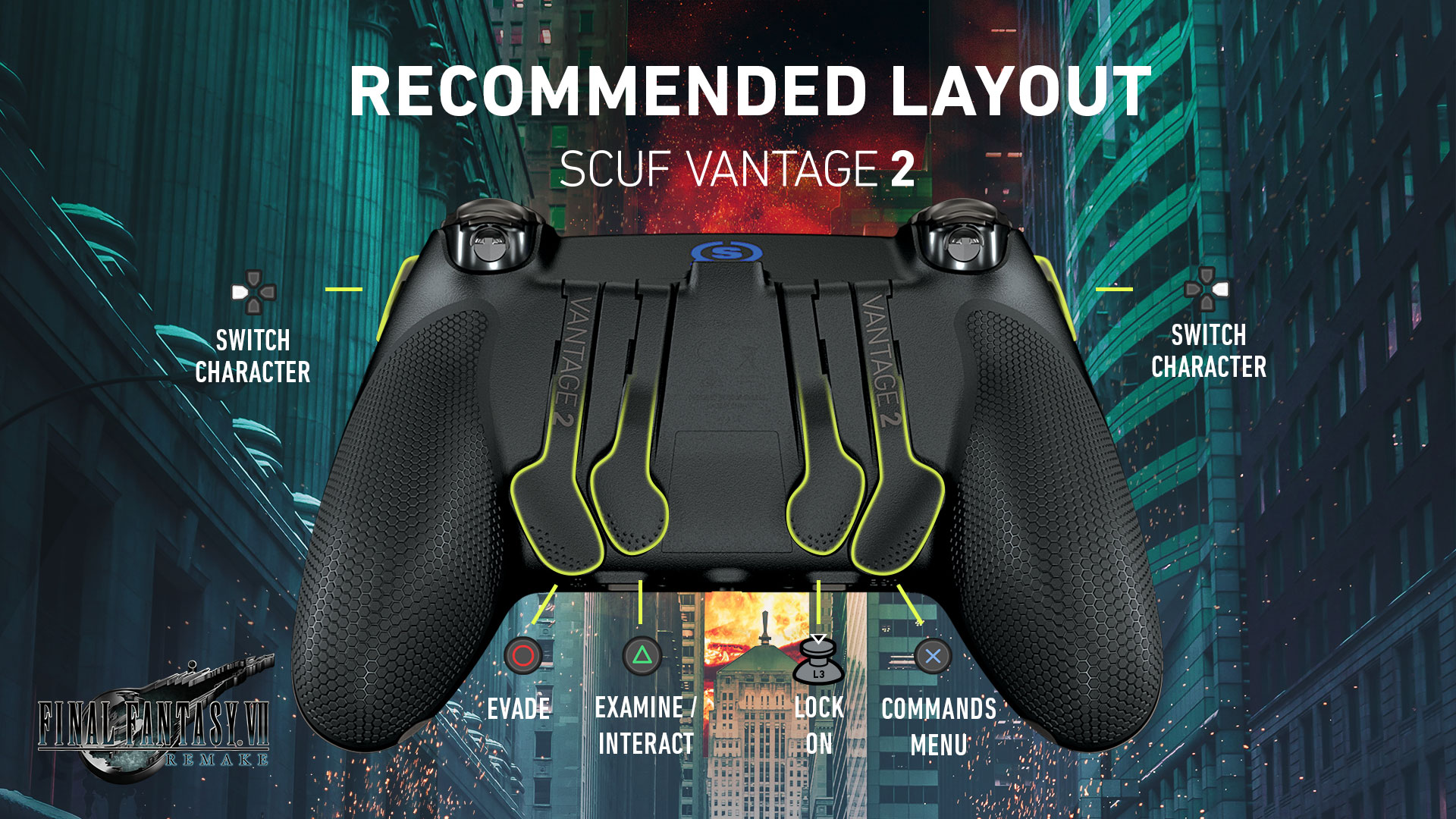 Learn More About The SCUF Vantage 2

In addition to paddles, the SCUF Vantage 2 allows you to use SAX buttons. In this case, our recommendation is to Swap Characters using the SAX handily at your side while keeping your other essentials on the Paddles. You can Evade, Interact, Lock On, and use the Commands Menu using Paddles on the back while attacking during a fight.

Having the right thumbsticks that suit your playstyle and hand size will help improve how you move and look around as well as comfort during long play sessions.

For the Final Fantasy VII Remake, we recommend a Short Concave Thumbstick for the left and the right. It’ll allow you quick controlled movement but also allow you to move the camera quickly while being more comfortable to press in the stick to lock onto targets.

Avoid slipping during intense combat, with high performance grip: a textured non-slip surface on each SCUF controller. This is perfect for long gaming sessions to improve comfort and performance.

Here are a few things tips to help improve gameplay: