The Best of E3 2019: The Infinite, The Heroic, and the Breathtaking 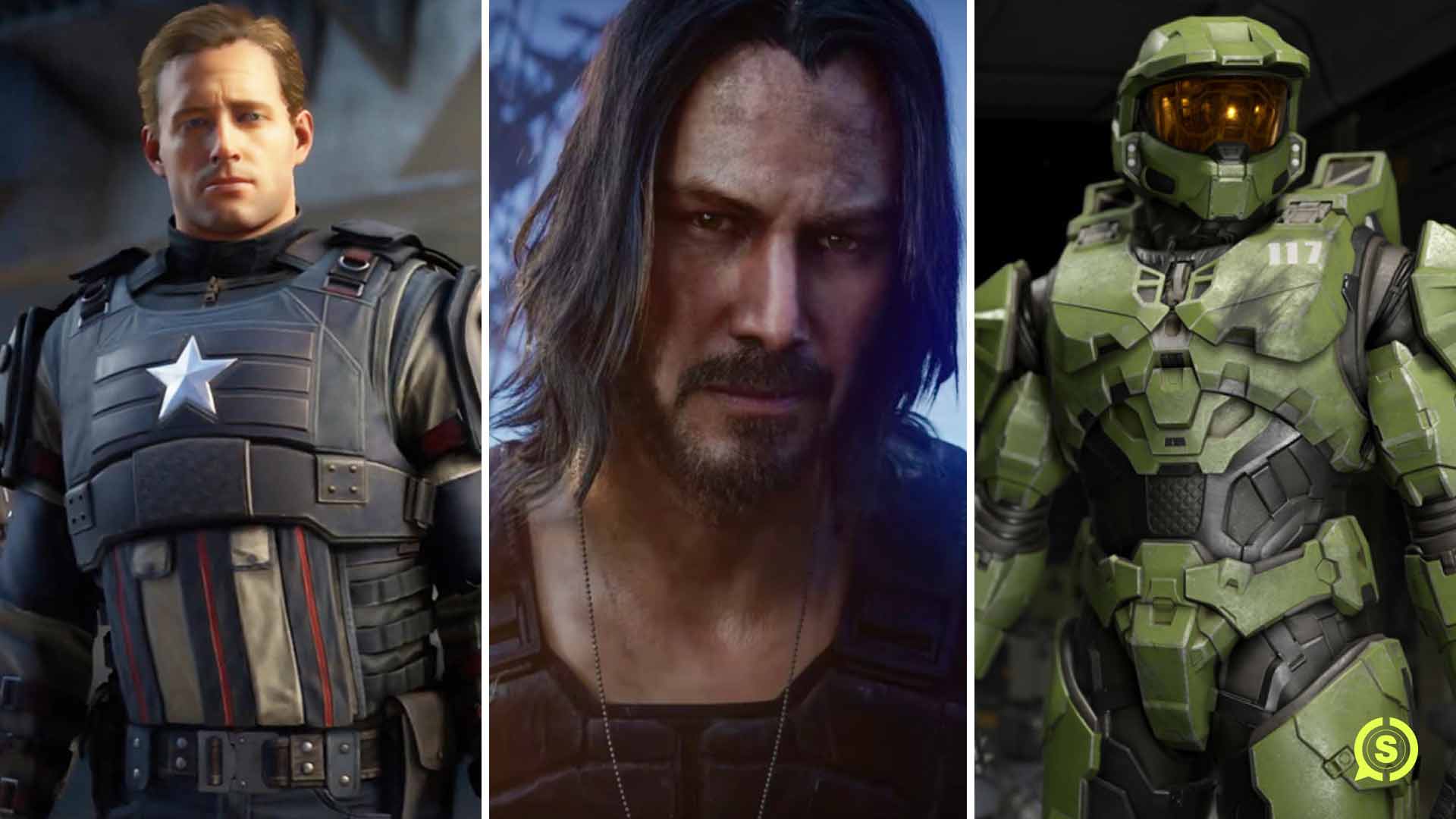 The year’s biggest week in gaming, otherwise known as E3, has left almost just as quickly as it arrived. After an unrelenting week of the best new game reveals and updates, we’re finally now getting the chance to make sense of it all and picking our favorites.


Ready to kick off around the globe on September 27th, FIFA 20 promises to be one of the biggest entries (if not the biggest) in the soccer series to date. It’s sure to continue delivering the five-star soccer simulation many fans expect, but it’ll also take things to the street once again with Volta.

In this loose and fast-moving mode, players can partake in matches in cages across Tokyo, London, and Amsterdam. It’s like a throwback to FIFA Street, but with all the best pro players from today’s leagues. On top of that, you’ve got hundreds of official teams and the return of The Journey campaign mode. Talk about your unbeatable contender.

What we can’t wait to do: dominate the competition online with the new Dynamic One-On-Ones. It’s time to master the tempo of the Decisive Moments and score some goals!


Respawn’s Apex Legends carved out its own little legacy when it deployed out of nowhere in February; and on July 2nd, it’ll continue onward with an all-new season adding so much more new content.

Leading this summer’s new offerings is Wattson, a brand-new legend who is ready to take things on the defensive. She can place electrical fences that can stop opponents in their tracks, making her ideal to defend key points on a map. We’ll also see the introduction of the L-Star light machine gun, which can break down doors with ease; and, of course, Apex devotees can also look forward to more skins, materials and the debut of a new ranked mode.

The fun begins in just a few weeks.


Fans have been waiting for what seems like an eternity for the third go-around of Borderlands, but they’ll finally get their wish fulfilled this September with a slew of new Vault Hunters to boot.

Attendees at E3 got a look at the heavily-armed soldier Moze, who jumps into action with the help of a large mech that can either work via remote or direct control. This makes her an ideal soldier for going up against even the most merciless of enemies, as she can mow them down like grass. Those eager to give her a try will be able to do so when the game drops on September 13.

Meanwhile, we look forward to building our arsenal from the 17 million weapons available in the game. That’s a lot of gameplay to master.

The long-anticipated return of Gears is nearly upon us. We can’t wait to get our hands on Gears 5 this September.

This year’s presentation focused on the thrilling new Escape mode, in which players clearing out hives in a series of rooms and surviving the best they can so they can reach the exit. It’s a great new addition to the game, one that will fit right in with the traditional campaign, multiplayer, and Horde modes.

We’re ready to fire up the Lancer once again and saw up more than a few baddies with the sheer feeling of the Rumble sensation in our sweet little hands once again.


Apex Legends studio Respawn is ready to show the world its versatility as a developer by taking one monster of a single-player project: Star Wars Jedi: Fallen Order. They weren’t shy about it either, debuting its gameplay with a 14-minute demo to kick off the weekend of conferences at E3.

The player, as Jedi Padawan Cal Kestis, commands amazing lightsaber skills and Force abilities. That’s just the tip of the iceberg for what players can do within this game, such as taking control of a large walking droid and even getting into skirmishes with powerful warriors. The sheer feeling of being a Jedi badass simply resonates throughout.

Dragging several Stormtroopers in front of their own plasma bolt is a skill we can’t wait to master when the game arrives November 15.


Though some fans are still trying to piece together exactly what’s happening with the story in Cyberpunk 2077, there is one thing they know for sure: having Keanu Reeves on the team rocks.

The show floor demo has left several attendees in awe, opening up the raw scope of CD Projekt Red’s gameplay. Apparently, there’s a lot to go on here, from the dialogue, to the puzzle-solving, to the combat. And that’s before Keanu’s Johnny Silverhand even enters the picture. That’s a whole lot of leveling up. Fans can experience this “breathtaking” adventure for themselves when it arrives on April 16, 2020.

We can’t wait to start sinking the hours in to fill up the game’s 12 separate skill trees. That’s a tremendous amount of leveling up.


Thanks to this year’s Xbox conference, we now know two very important things: Microsoft’s next-gen Project Scarlett console is headed our way in Holiday 2020 and coming along with it is the long-anticipated Halo Infinite.

In the trailer shown at the conference, Master Chief finds himself revived by a mysterious stowaway, only to discover the Halo in fragmented pieces. It’s only then, however, that he discovers the fight isn’t over just yet. There’s no gameplay footage available just yet, but you can bet that 343 Industries will have a lot of that to go around come next E3. In the meantime, the trailer definitely does give fans a lot to soak in.

2020 just got a lot more interesting.


Last, but certainly not least, Square Enix finally showed off Marvel’s Avengers and it certainly lived up to the hype.

Featuring a number of familiar characters—as well as a star-studded voice that includes Troy Baker, Nolan North, Travis Willingham, Laura Bailey and Jeff Schine—the story follows the Avengers as they attempt to recover from a disaster, just when the evil Taskmaster is ready to strike again.

The early footage shown off looks fantastic, and the co-op features sound like they’re going to come together nicely. But we’ll be waiting a bit to see how this adventure comes together, as it’s not set to drop until May 2020.

2020 just got a lot more interesting.