Dark Souls III has arrived to the delight and frustration of gamers everywhere. The “Souls” series of games have been notorious for their difficulty and the third installment proves no different: enemies that can take you out in one-shot, numerous traps, and the occasional cliff/ledge can all very quickly leave you with the dreaded “YOU DIED” across your screen forcing you to trek the dangerous road back to regain your lost souls.

Through our trials and tribulations in Dark Souls III specifically we’ve found our SCUF Controller to be immensely helpful; being able to evade or pop an Estus Flask while keeping complete character AND camera control is invaluable in a game where danger is around every corner.

We run our SCUF Infinity1 paddle configuration as XAYB and our SCUF 4PS with Square/O, the Electromagnetic Remapping feature being a must for Dark Souls, those paddles have saved our lives more times than we can count. The X and Square buttons default to using your items in-game including the essential Estus Flask, the primary means of health recovery for most players. Fleeing from an enemy is incredibly dangerous, being able to keep the camera centered on said enemy so as not to get backstabbed while you also regain health is something easily accomplished with a SCUF.

Perhaps the only button more valuable than X/Square is the button for your Backstep or Roll, B/O on Xbox and Playstation respectively. The roll is famous in Dark Souls as being your primary means of evading attacks, approaching or fleeing from enemies, and intense PVP combat. Our other paddle configurations may have changed over the course of our Dark Souls experience with our SCUF, but the right paddle was always the roll. Again, the camera and character movement our thumbs provide work perfectly in-sync with the right paddle to give us complete character control at all times. We can not stress enough how helpful this was especially during boss encounters when panic-rolling wasn’t nearly as stressful when we could keep the camera centered on the boss to see their incoming attacks. 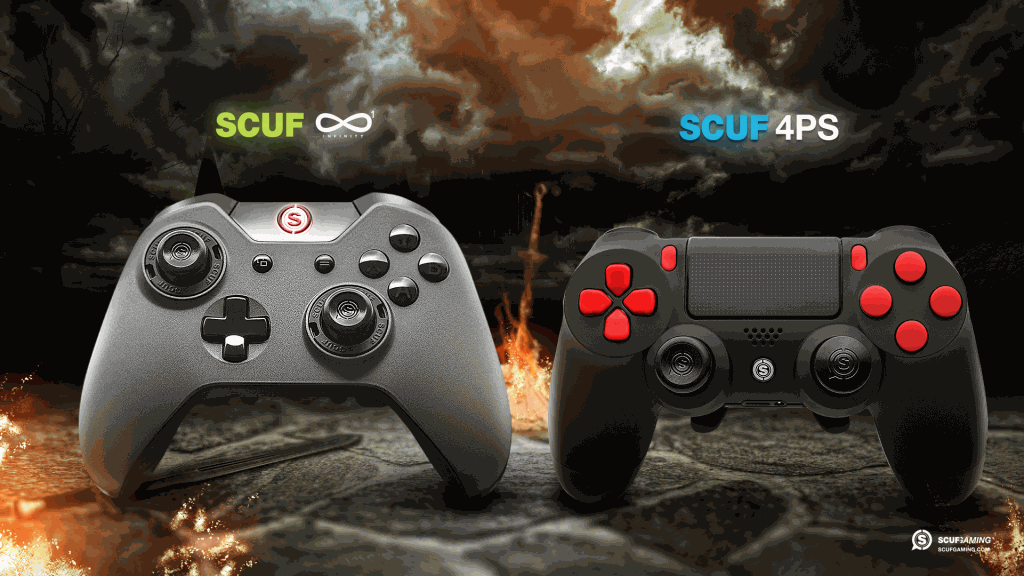 Dark Souls III has been a grueling and satisfying experience for us and our SCUF Controller so far, from the expansive and maze-like landscapes to the gruesome and awe-inspiring bosses, we have enjoyed and raged every step of the way. If you do find yourself struggling, a SCUF Controller can truly make a difference; configure one with EMR and try out different paddle combinations until you find one that works best for you, and you’ll find yourself praising the sun in no time.

Customize your own SCUF Infinity1 or SCUF 4PS