This week’s affiliate profile takes a look at one of the break-out stars of Infinite Warfare, eUnited’s Alec ‘Arcitys’ Sanderson. 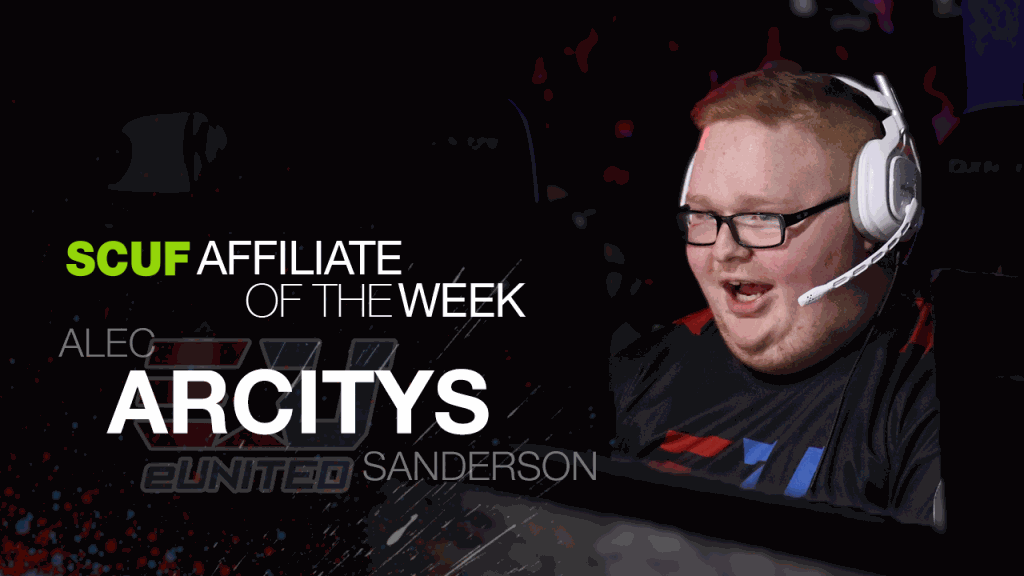 Despite having spent most of the past season on one of the top teams in the world, Arcitys is a relative newcomer to professional Call of Duty. Towards the end of Black Ops 3, he and twin brother Preston ‘Prestinni’ Sanderson – to whom he is inextricably linked not only by blood, but also by the fact that the two have competed together at every stage of their careers so far – made their first notable appearance on LAN with a top-12 finish at MLG Orlando under Apotheon Esports.

The squad would go on to qualify for the Call of Duty Championships at the end of the year, ultimately finishing top-24 there to conclude the season. It may have been a relatively unassuming start for the pair, but in the current climate of competition exceptionally few players reach the top-twelve of a major event in their LAN debut, and reaching Call of Duty’s most prestigious event is becoming progressively tougher every year. In hindsight, their brief time competing at the end of Black Ops 3 perhaps hinted at what Arcitys and Prestinni were destined for.

Their first step towards breaking into the elite came at the start of Infinite Warfare, when alongside Pierce ‘Gunless’ Hillman and Anthony ‘DraMa’ Padilla they picked up another top-twelve finish at CWL Vegas. Following that performance, Arcitys, Prestinni and Gunless moved to eUnited to join up with veteran Justin ‘SiLLY’ Fargo, forming a squad that would become one of the most impressive break-out teams of recent years. 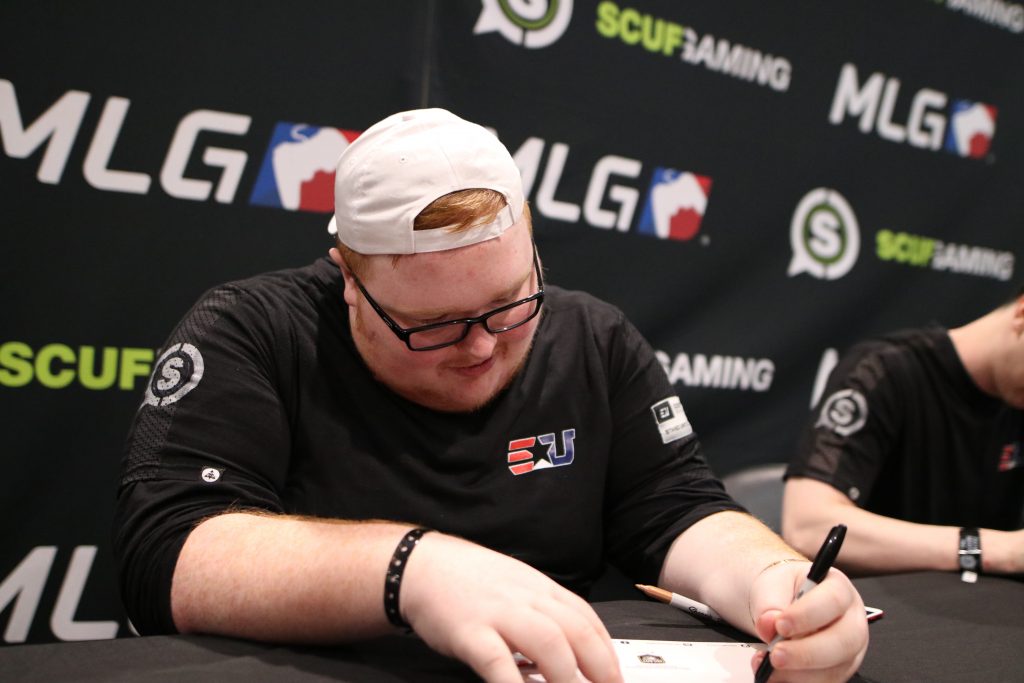 Going into the Call of Duty: WWII season, Arcitys remains a member of the eUnited squad that he helped to push to the very top of the game.

It’s hard to overstate just how remarkable the eUnited team was in Infinite Warfare. Players breaking into the upper echelons of competition are not unheard of, but for an entire team of players who previously were nowhere to be found at the highest level to become one of the best teams in the world in such a short period of time is truly exceptional.

Towards the end of the Infinite Warfare season, a roster change saw former star Gunless be replaced with ex-FaZe member James ‘Clayster’ Eubanks. Though the team technically saw their best results with the earlier iteration of the line-up, at its peak the squad with Clayster still looked incredibly formidable.

Ahead of the coming year, eUnited seem to be one of the only elite squads not making a change, and it’s not hard to understand why. Matching the talent and chemistry that elevated the team in the first place with the experience and talent of a veteran player like Clayster is a potent combination, and one that should be expected to hit the ground running in the new season.

Arcitys greatest achievement is undoubtedly the meteoric rise and success he had with eUnited towards the beginning of the Infinite Warfare season.

From relative obscurity, Arcitys helped launch his team into the elite almost overnight, a squad primarily made up of rookies going from having never placed higher than top-twelve to victory at the second major event of the year.

Not only did eUnited lift the trophy at a major event, the CWL Atlanta, they did so in rather spectacular fashion. Their run to victory required them to battle their way through many of the top teams in the world, concluding with an epic battle against OpTic Gaming to clinch the title – incidentally becoming the only squad in the year that would beat OpTic in a grand final.

Though they weren’t quite able to lift another trophy, eUnited would later prove that their break-out performance was no fluke, returning to the grand final at CWL Dallas where they once again faced OpTic in a thrilling grand final. There it was OpTic that narrowly emerged victorious, but eUnited’s performance cemented them as a truly elite team for the year. 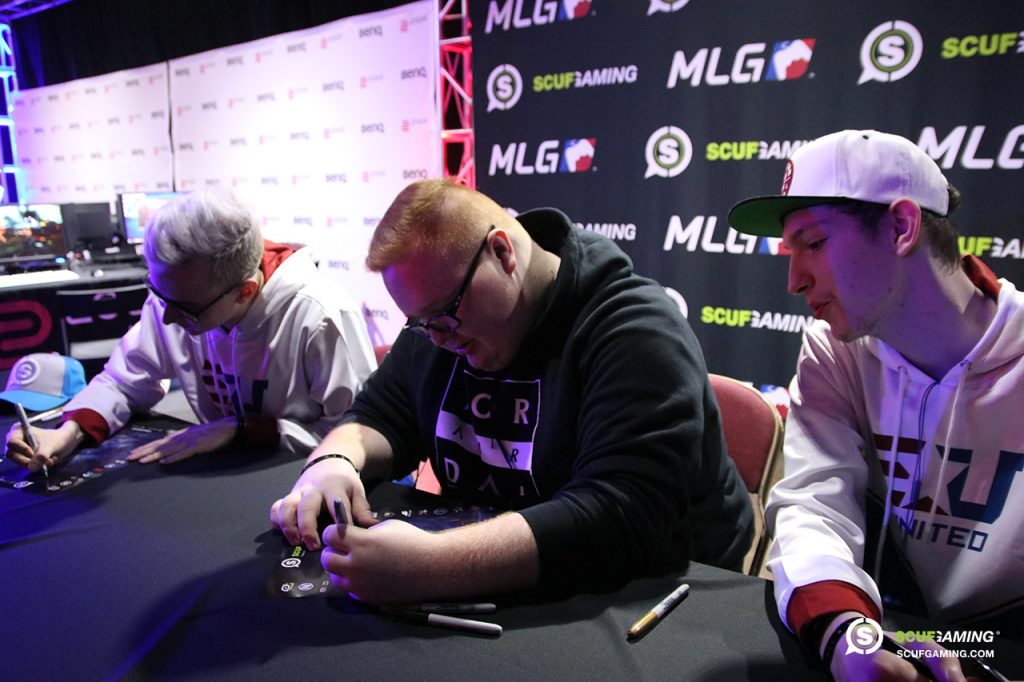 Usually, stars that rise as quickly as Arcitys has – especially during the advanced movement era – do  so because of incredibly mechanical skill that marks them out as special talents.

While Arcitys undeniably boasts great mechanics, what stands out in particular about his playstyle is his movement and positioning. Rather than relying on his skill to snap onto players and take fifty-fifty gun-fights, Arcitys routinely puts himself in advantageous positions by making consistently smart decisions on both a micro and macro level about his timing, positioning and target selection.

These are traits more commonly found in more veteran players, and one of the reasons Arcitys stands out as a particularly exciting prospect for the future. During the Infinite Warfare season he also demonstrated a degree of versatility, making role adjustments following the addition of another primary Assault Rifle player in Clayster.

Having spent a relatively short time in the spotlight compared to most of the players who are now his peers, to a certain degree the Call of Duty community is still getting to know Arcitys.

From the time Arcitys has spent in the public eye, he appears to be easy going and humble, a worthy ambassador for the game.