In a world full of specialists, the professional who can have it all is rare indeed.

Having established an amazing reputation for himself in the world of Halo, Ian “Crimsix” Porter shook the Call of Duty circuit when he decided that he’d like to be a champion there as well. It was a move that took eSports off guard, and created another legend in the sport.

With record shattering wins in two of the most heavily-played competitive eSports titles in the world and a reputation to match, Ian “Crimsix” Porter is a battle-hardened dynasty unto himself.

And SCUF believes that he deserves a controller to match. 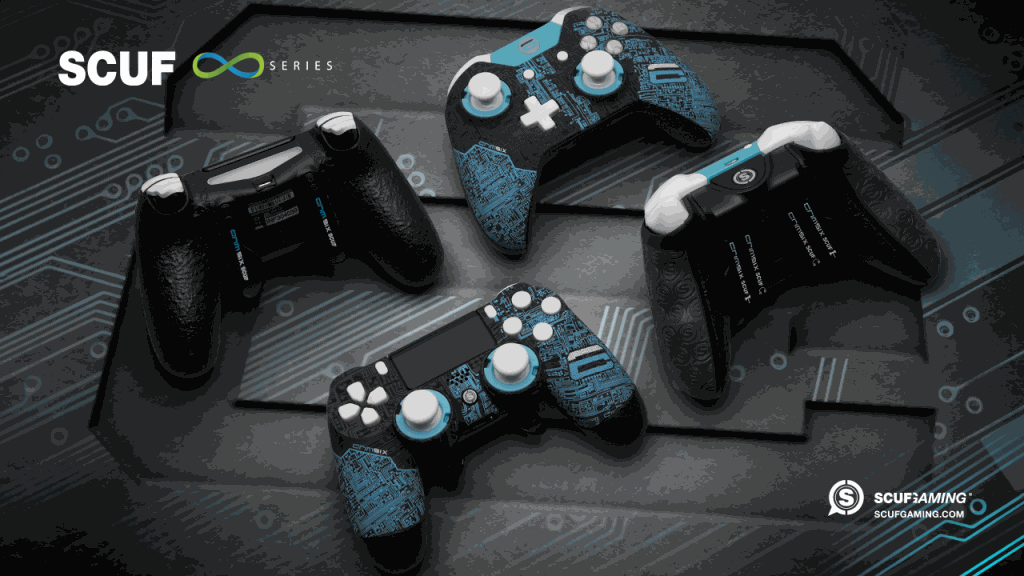 It’s our greatest pleasure to introduce you to the Crimsix SCUF Infinity series. With a shell spider webbed in an electric blue circuit design, this untamed beauty will fill you with the feeling of a methodical, calculating edge. The Crimsix SCUF Infinity is also kitted out in the same cutting-edge technology that has put SCUF in the hands of professional gamers the world over, remind you that a cyborg outside can conceal the passionate spirit of a warrior that beats deep inside.

Because Crimsix’s amazing track record proves to us that true winning isn’t about stats or limits. It’s about looking losing odds in the face and scooping victory from the jaws of defeat over and over and over.

Because if you gaze too long at the numbers, you become one of them.