Getting Started in Watch Dogs Legion

Get ready to recruit anyone you want (including tons of Grandmas if you’d like), Watch Dogs: Legion is finally here on PS4, Xbox One, and PC (soon to be on PS5 and Xbox Series X). Set in post-Brexit London, you’re a part of a hacker group called DedSec trying to revolt against the new dystopian security company, Albion. You can be anyone you want - and whoever you choose will change parts of the story and dialogue as you go along. Learn some tips and tricks to get you started.

Combat can be lethal or not, and it’s up to you which way you choose. There are weapons that will stun and knock unconscious vs actually taking out an enemy. Keep in mind also, the kind of person you choose to play as will affect how combat works - an older person will probably not be able to do as much damage punching someone than a younger fit person. During combat, you can use the environment to your advantage to duck behind cover to avoid a hit or strategically plan an attack and exit.

This game gives you a lot of options to play stealth as well. You can climb up to alternative entrances, bust out your spiderbot to get through small spaces, sneak up on people to knock them out, and duck behind objects. Watch out for detection devices in addition to people, as they can set off alarms and ruin your stealthy mission. You can hack into cameras to plan out your route of getting in, and out without alerting anyone. 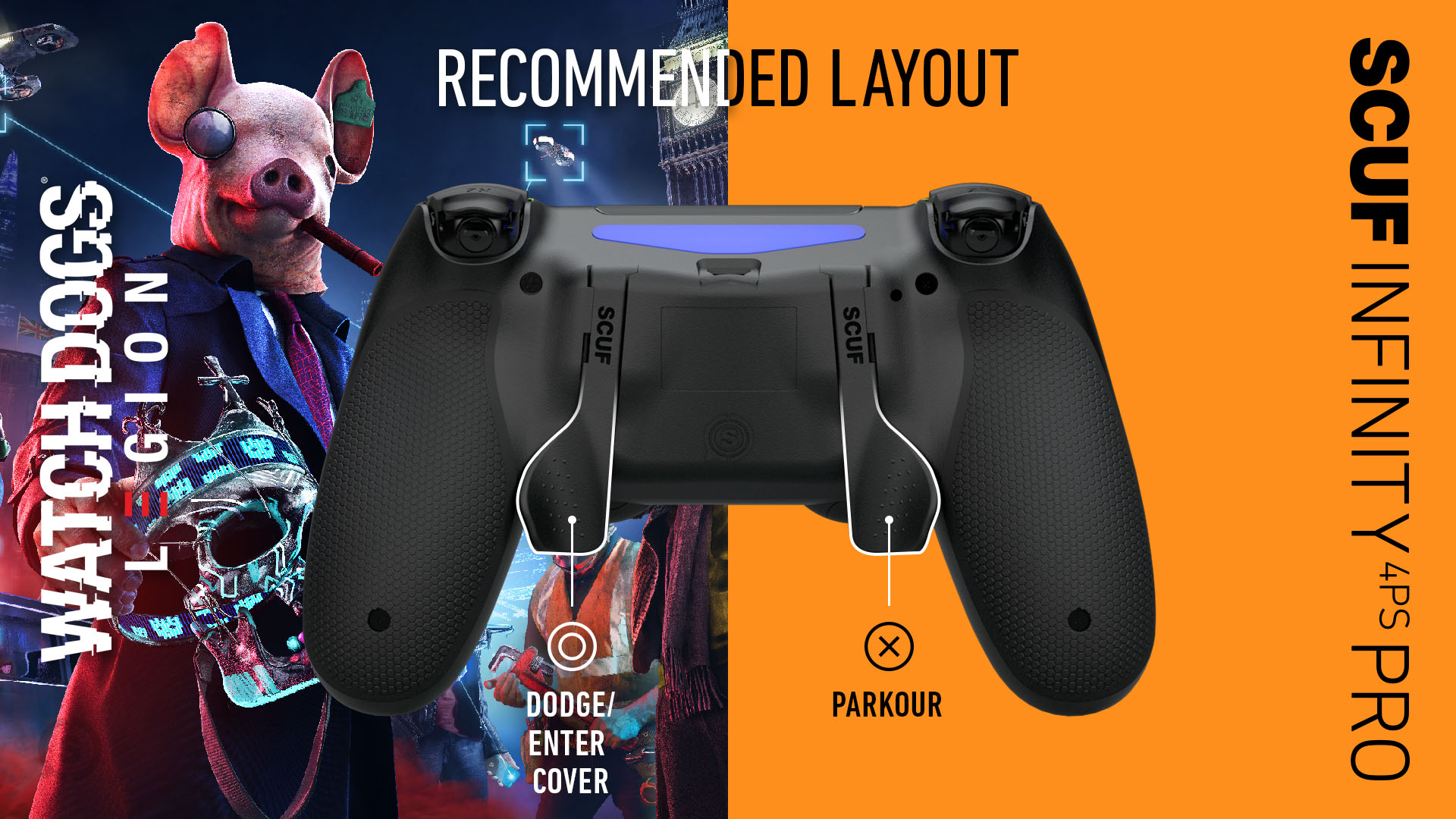 Stay focused on your surroundings with easy access to parkour, dodge, and entering cover on the paddles while keeping your thumb on the thumbstick to look around. 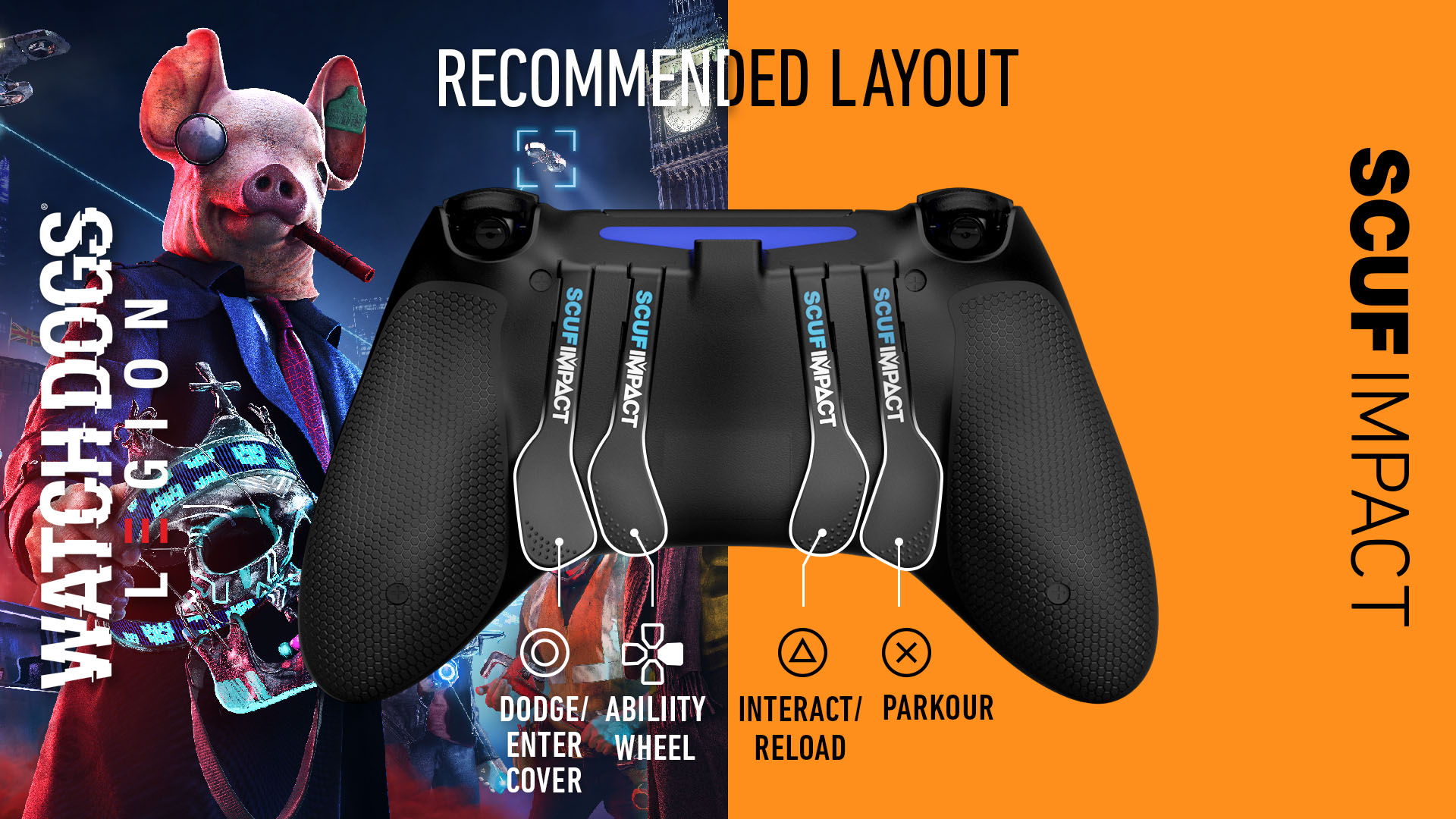 For 4 paddle users, you can interact with objects as well as reload your weapons and gain access to your ability wheel to swap out tech. Make stealthing and combat easier with a quick press of a paddle.

You can improve your movement control with the proper thumbsticks. Each SCUF has interchangeable thumbsticks to suit your playstyle. There are two parts to the thumbstick: its shape and its length.

Short concave thumbstick on the left will give you a better grip to dig into while running, so you can turn sharply.

A domed thumbstick on the right will give you more accuracy when aiming, but a concave stick is great if you want more control over looking around when stealthing. The short stick will help you turn more quickly to see.

Got lost exploring all the open world has to offer? High Performance Grip will reduce sweat and slippage and improve your comfort during long play sessions.

Check out our other Watch Dog Legion game guides.