We take competitive FIFA very seriously here on Team SCUF. Scoring goals is serious business. Defending from incoming scores is equally so. That said, we look for players who have the skills that can really round out our team. Here’s a look at some of the members of Team SCUF who are dominating the game when it comes to playing FIFA.

Celebrating nearly a decade of creating FIFA content, NepentheZ has become one of the biggest gamers in the UK. His following on YouTube and Twitch resides at over 2.5 million fans combined, and continues to grow while NepentheZ builds his audience on Mixer with consistent “Road to Glory” FIFA plays.

NepentheZ always broadcasts with a great deal of energy and charm, always thanking his followers and inviting them to join the fun. He interacts with his audience quite a bit – and he even challenges himself to do wild things. For instance, he just recently dyed his hair pink (yes, including his beard)! Further notable activities include taking part in Spencer FC’s Wembley Cup and participating in multiple Sidemen charity football matches. He’s also avid about his Minecraft sessions as well.

Founded in 2014 by YouTube superstar Spencer FC, Hashtag United has quickly earned a following for itself with a constant stream of entertaining content that mixes FIFA gaming as well as real-life football. They won the Eastern Counties League Division One South title after playing their first season in the English football pyramid. What’s more, they keep their fanbase of over 460,000 subscribers engaged with activities, including their Academy Series, where they search for new talent; as well as Challenges, in which they keep players up to speed with trials and tasks.

For those wanting to take their Hashtag United fandom to the next level, pick up their unique design on SCUF Infinity4PS Pro or IMPACT. 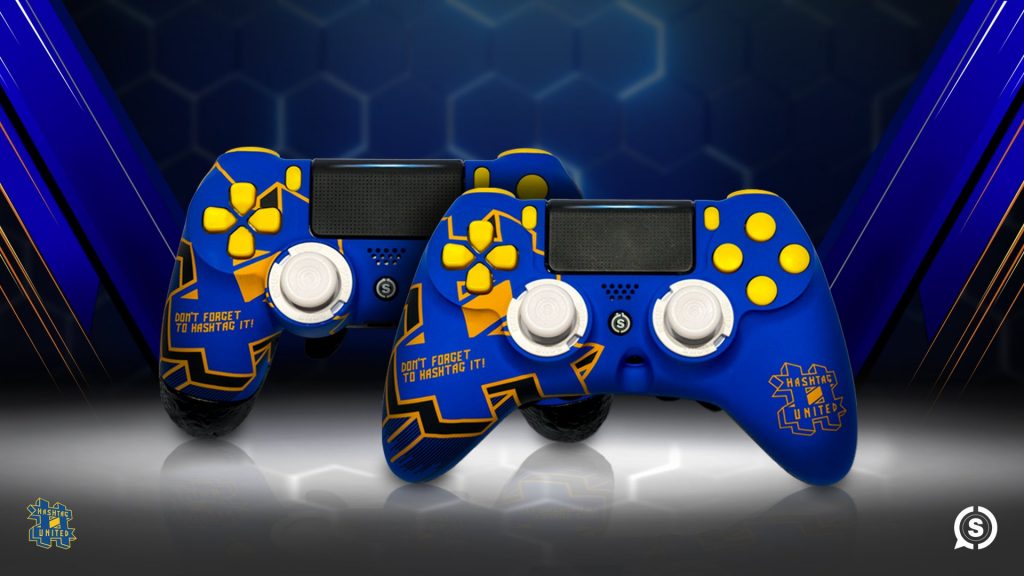 Next up on Team SCUF is AA9Skillz. As the head of the mighty Booyah Nation, Skillz leads a community of over 1.7 million subscribers on his YouTube channel and is quite the specialist when it comes to building squads within FIFA 19. AA9Skillz specializes in delivering a high level of energy, one that keeps his Booyah Nation enthused with each new video that he posts. You can see as such in the example above in which he discusses the latest packs he opens with FIFA 19’s Ultimate Team mode. He goes non-stop, but you can see just how much love he pours into the game.

It’s this level of expertise and experience that makes AA9Skillz such a key member to Team SCUF!

Last but certainly not least is FIFA World Champion and 2018 Esports Awards Console Player of the Year: MSdossary from Saudi Arabia.

A proud member of the championship team Rogue, MSdossary has taken part in a number of professional tournaments, including the eMBS Cup 2019 and the eSaudi Professional League 2019, where he easily managed a first place victory. His skills are unmatched in the world of FIFA, as you can see from his match-up with F2Tekkz from earlier this year in the FUT Champions Cup above.MSdossary is quite talkative and friendly with his community and happy to share his soccer expertise with others, making him a perfect fit with Team SCUF!

Welcome aboard to our team members, and welcome to the family!