SCUF Rolls The Dice At MLG Vegas! | Scuf Gaming
Please choose another country to see content specific to your location and shop online.

MLG Vegas was the last major event of 2016, and Scuf Gaming was in attendance, watching esports and admiring the gleaming lights of Sin City. SCUF set up a booth at Mandalay Bay, and it was amazing to see so many excited faces and pumped members of TeamSCUF. Some of SCUF's favorite teams made an appearance for a signing, including OpTic, FaZe, Rise Nation, EnVy, Luminosity, Allegiance, SoaR, and the Old Men of OpTic! 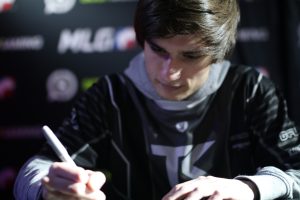 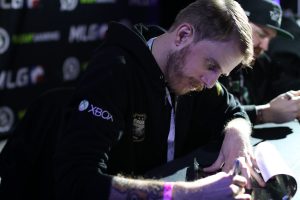 The SCUF Booth was a constant swarm of TeamSCUF members old and new, and there is nothing quite as satisfying and getting to put a face on the thousands of people who have supported us over the years.

But nothing could compare to the excitement of the games themselves. While this was the last MLG event of 2016, it was the first of Infinite Warfare's majors tournaments, bringing together over 160 of North American and Europe’s finest Call of Duty teams to Las Vegas.

It seems a lifetime ago that Rise Nation was taking home the UMG SC title. Fast forward almost a year and a totally different looking Rise team was walking out of Mandalay Bay, confirmed champions of the first Major tournament of the Infinite Warfare calendar. Only Loony survived a roster exodus that saw ¾ of the line up head to Luminosity, forcing Rise to rebuild with a majority acquisition of the Elevate roster that took home 3rd at COD XP.

In his tournament debut, Faccento turned in an MVP-worthy performance, putting up huge numbers all weekend.

Scuf Gaming would like to congratulate Rise Nation for their brilliant performance: we can't wait to see what they bring to the table in 2017.

Cloud9 came away with 2nd place in a nail-biting fashion, clutching an incredible five series 3-2 over the course of the tournament. Narrow victories over Echo Fox, Splyce, Elevate, Allegiance, and FaZe Clan were enough to see Cloud9 to the Grand Final, with Rise twice standing in their way in the pursuit of the title. Defeats in the Winner Bracket Final and Grand Final were the difference maker for C9, who finally fell down on the fifth map of the finale.

Fans have waited a long time for a FaZe vs. OpTic showdown and were not disappointed when the two powerhouses finally went toe-to-toe in Vegas. After a truly memorable series, FaZe walked out as 3-1 winners over their rivals. FaZe also exacted some revenge on Splyce for their narrow defeat at COD XP, but fell short at the hands of Rise and Cloud9 to miss out on a Grand Final appearance.

Early signs suggest that FaZe fans should expect a much more exciting season this year, with Clayster and company looking to recapture some of the form they displayed during Advanced Warfare.

Back-to-back top 16 finishes to wrap Black Ops 3 had laid a solid foundation for Allegiance to kick off their Infinite Warfare campaign with a bang. After changing Xotic for Sinful, the line up improved to a stellar 4th place this weekend, claiming the scalps of Luminosity twice, Enigma6 and compLexity en route. FaZe proved to be one bridge too far for the young roster, however, if Vegas is a sign of things to come then we certainly haven’t heard the end of Allegiance this season.

MLG Vegas was one for the books: incredible fans, amazing sights, and high-octane plays. 2016 has been an amazing and complex year for esports, and SCUF is thrilled to be a part of it. Setting our sights forward on 2017, we can't help but wonder what sort of surprises there are in store for all of us. The only way to know is to keep playing! 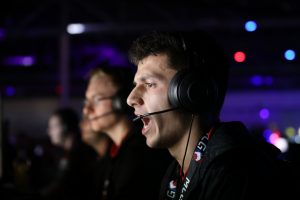 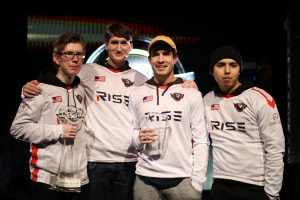 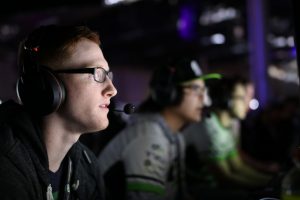