This week’s profile takes a look at one of the best players in the world right now – Luminosity super-star and CWL Anaheim MVP Sam ‘Octane’ Larew. 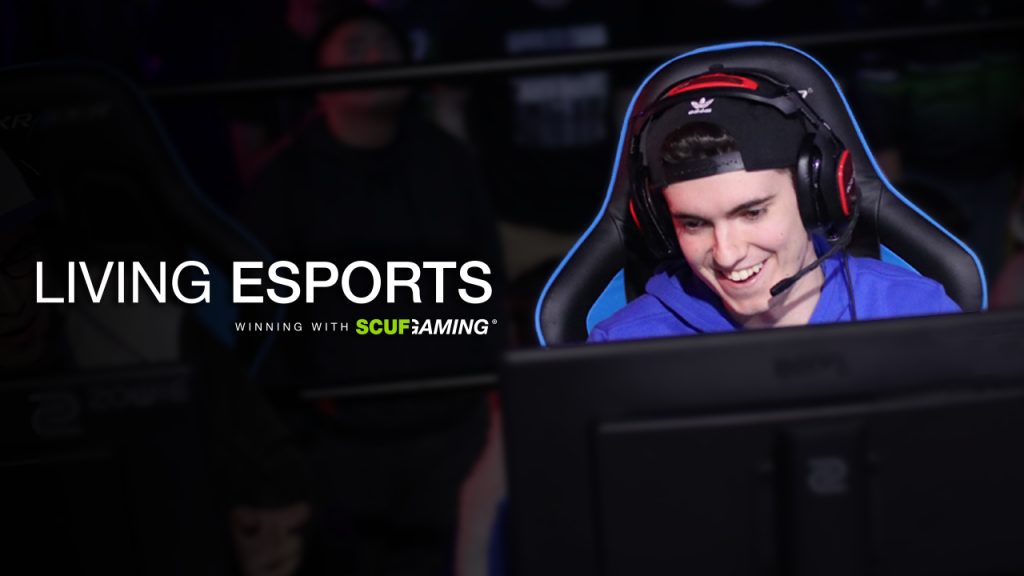 Octane’s is one of the more interesting origin stories in Call of Duty. The star of today might never have realized his potential, had a friend not asked him to join their team for UMG St Louis in 2013. Octane had never considered playing competitively before, but decided to give it a go.

It was an inauspicious start to his career. An unexceptional event ended in a top-17 placement, and Octane was summarily dropped – while still at the event. Hardly the explosive arrival you might expect of a player who would one day be considered one of the best in the world.

Nevertheless, it was enough that Octane evidently caught the competitive bug. It would be in Advanced Warfare that his career would begin to gather momentum, working his way into the ranks of the elite. He’d close out the season as a member of a formidable Team EnVyUs squad, but with the dominance of the OpTic Gaming, Denial and FaZe Clan rosters throughout the season, Octane was unable to find his first championship win.

That would be rectified quickly on Black Ops 3. Joining up with a new team under Rise Nation, Octane’s first trophy was technically at the often-dismissed Totino’s Invitational. To prove they could do it in a more competitive environment, Octane and Rise would win the next event of the season as well, UMG South Carolina.

For the first half of the year, Rise went toe-to-toe with the formidable OpTic Gaming, the two teams a clear step ahead of the rest of the field. During this time, Octane was praised as one of the best players in the world, but the success wouldn’t last. Both Rise Nation’s results and Octane’s personal performance began to dip a little, and it wouldn’t be until the second half of Infinite Warfare – now playing under Luminosity – that he returned to full strength.

Now, however, we’re seeing Octane at perhaps his greatest ever, a huge factor in Luminosity’s success of late and a strong contender to be the best player in the world. 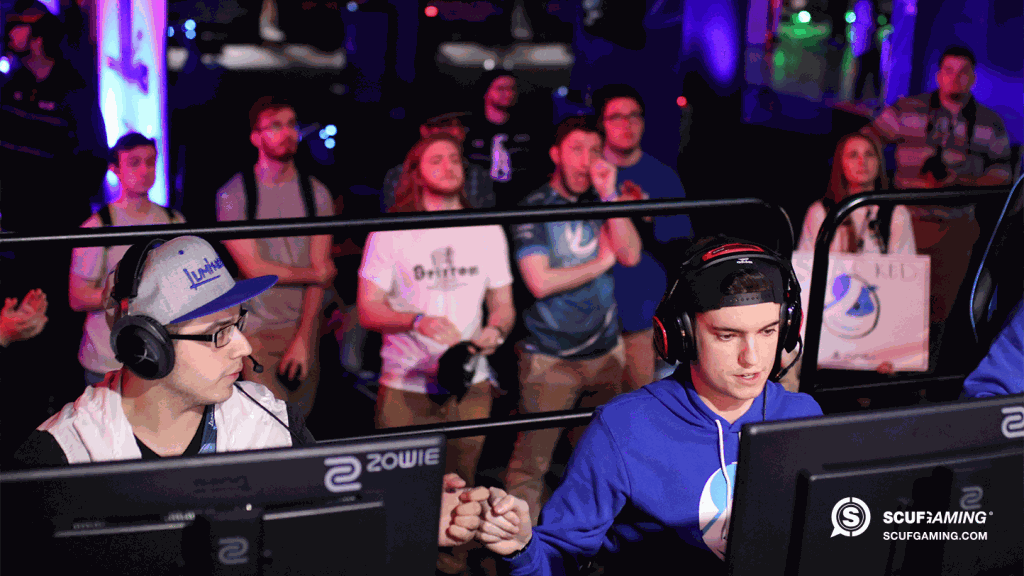 Due in no small part to Octane’s form as one of the best players in the world, his current team – Luminosity – are arguably the strongest squad in the world right now.

On paper, it was always a fearsome proposition, but the squad stuggled to find the success their roster should have been capable of early in the season, notably underperforming in Search and Destroy.

Finally, nearly six months after Infinite Warfare’s release, Luminosity began to figure out their deficiencies – and at perhaps the perfect time. Coinciding with a surge in form for Octane himself, the team made it all the way to the grand finals of the Global Pro League Stage One Playoffs – the biggest event of the year so far.

They would ultimately fall to Splyce at Stage One, but Luminosity would take their first trophy just a few weeks later at the CWL Anaheim Open, with revenge against Splyce in the grand final as a cherry on top.

Now, Luminosity are one of the most formidable teams in the world as the season hits its apex. With the $700,000 Stage Two of the Global Pro League underway and the $1.5million Call of Duty Championships to follow closely, Octane and co might have peaked at exactly the right moment. 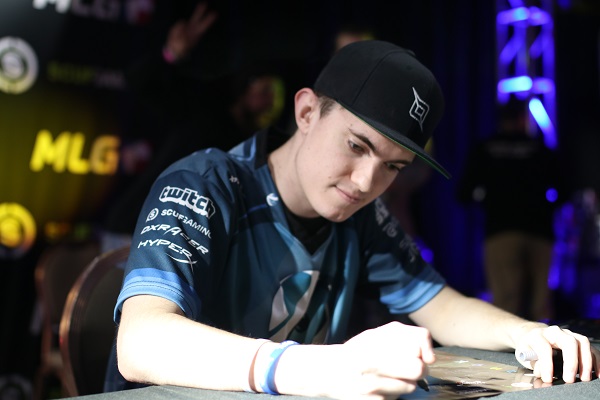 Octane’s greatest achievement is also his most recent – victory at the CWL Anaheim Open.

For Octane, the win at CWL Anaheim didn’t just mean a trophy. It meant a triumphant return to the top for a player who had been too long without a title. It meant pushing his team into the number one spot by the rankings of most observers.

In picking up the MVP trophy, it meant establishing himself as arguably the greatest player in the world right now. In their fortune to face Splyce in the grand finals once more, it meant revenge for the Stage One title that Luminosity were denied.

Critically for Luminosity, Octane’s phenomenal form hasn’t come exclusively in respawn modes, the more typical domain for exceptionally talented slayers. In fact, Octane has also been the driving force behind Luminosity’s surge in Search and Destroy results, the change which has taken them from a good team to perhaps the best in the world.

In Anaheim, Octane led the way for the team in SnD, putting up a 1.38 kill/death ratio across the event and an immense 0.90 kills per round on average. The performance helped Luminosity to a 64% win rate in the mode – their highest to date. It’s no accident that such a performance coincided with the team’s first trophy on Infinite Warfare, and it’s yet another reason that Anaheim stands as Octane’s greatest accomplishment to date. 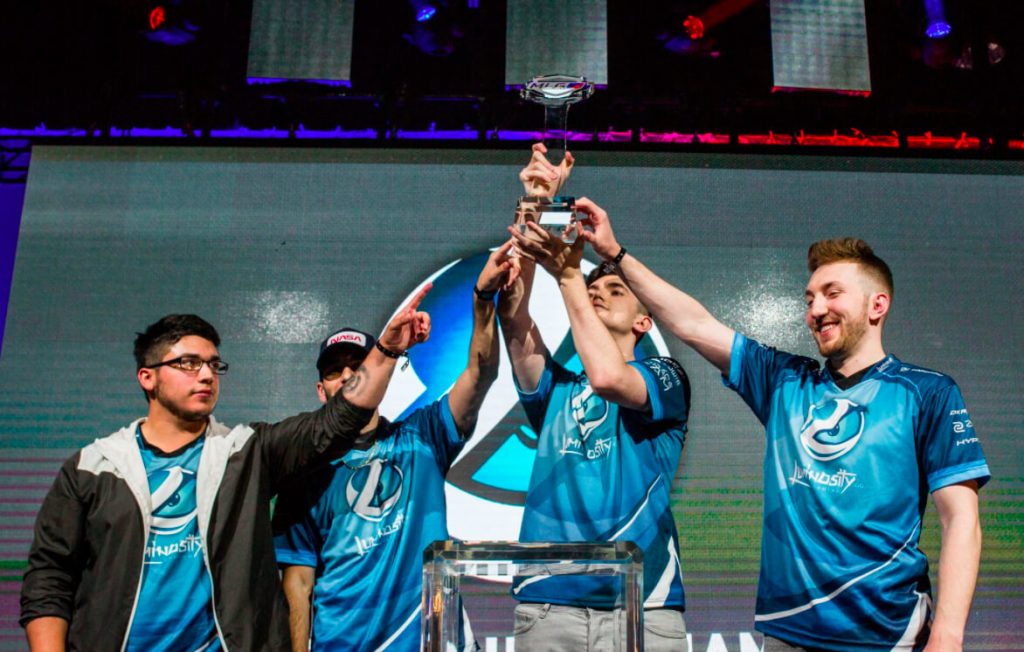 Octane’s rise came initially as a stereotypical Assault Rifle player – turret-like, with impeccable aim and at his best when set up and offered a shooting gallery of opponents to eliminate.

The best players in the world, however, have never quite been “stereotypical” anything – it takes something special to earn that distinction, something beyond what even other great players are capable of.

Even amongst other greats, Octane can still distinguish himself by his aim – right now, his gun skill is at a peak matched by maybe no other player. Perhaps the more important factor, however, is the impact Octane is capable of making as a play-maker – a role usually reserved for SMG stars.

As a primary AR, Octane’s position is traditionally a fairly static one, but he has managed to add a dynamic element to his repertoire that makes him even more dangerous. While he undoubtedly benefits from and utilizes well strong positioning, Octane’s ability to go on the offensive, or improvise to deadly effect when a perfect set-up isn’t possible, are part of what has separated him as one of the best and most dangerous players in the world.

Being the best player in the world is usually a sure way to earn at least some grudging respect, but there’s no guarantee that in-game success translates into popularity. When you represent one of the largest barriers standing in the way of the immensely popular OpTic Gaming, it can be even harder to find fans.

Even in such a circumstance, Octane manages to be an immensely popular star. Easy-going and humble, he’s earned nothing but support during his time in the spotlight, while his willingness to interact with fans and the general community arguably makes him one of the more relatable players in spite of his super-star status.

Having never played under the likes of OpTic or FaZe, and never having dedicated large amounts of time to content creation, Octane boasts a relatively modest 52,000 Twitter followers. As he continues to shine at the biggest events of the year, however, it seems inevitable that Octane’s fanbase will only continue to grow.