This week’s profile takes a look at one of the most legendary and successful players in Call of Duty history, Patrick ‘Aches’ Price. 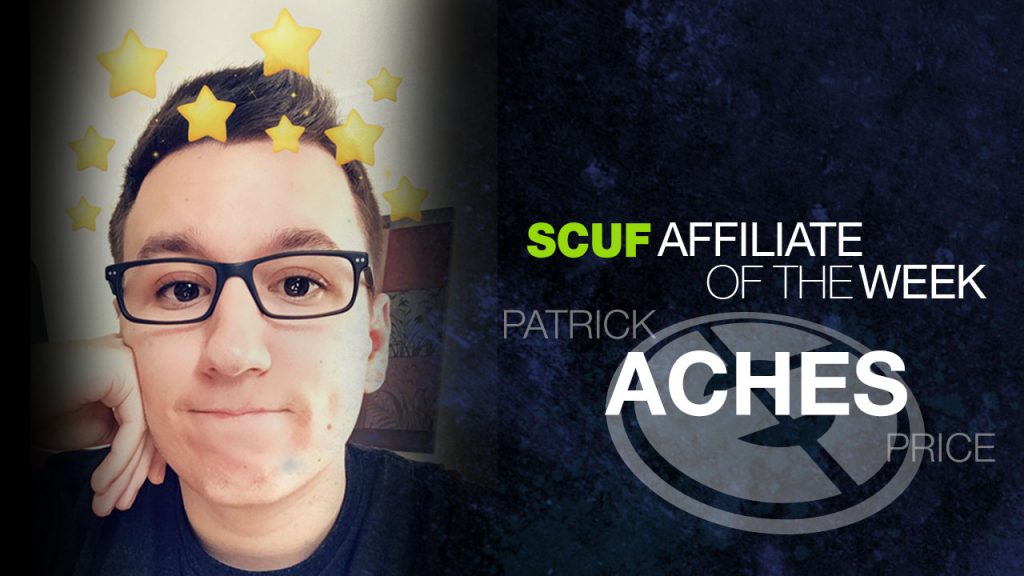 Among the more veteran players on the circuit, Aches broke into the upper echelons of competition during the Modern Warfare 2 season. Along with Tyler ‘TeePee’ Polchow, with whom he would go on to have a legendary partnership, Aches’s LeveraGe squad placed second at the MLG National Championship in 2010, his first major LAN appearance.

The following season, LeveraGe would maintain their place at the top, adding Seth ‘Scump’ Abner, who made his LAN debut with the team. MLG Dallas was the first event on the newly-expanded MLG Pro Circuit for Call of Duty, and LeveraGe took it by storm. It was the first of very many to come for Aches, and kicked off a pattern of success for him at the first event of each year.

LeveraGe would win one more title during the Black Ops season, making them one of the most successful teams of the year, matched only by OpTic Gaming’s two victories. Unfortunately, the diminished opportunities on Modern Warfare 3 meant Aches only competed once on LAN the following season, at EGL 8, where he placed 7th-8th.

The following year would see the arrival of Black Ops 2, however, and it was during this season that Aches would build his squad under compLexity. It took a few months to settle on the formula for success, but when the team added James ‘Clayster’ Eubanks they became something unlike anything else Call of Duty had ever seen.

The team went on a run that to this day is somewhat unparalleled, ultimately winning thirteen of the eighteen events that the core three competed at and at their peak hitting a level that remains, in the eyes of many, unmatched. By his role in one of the greatest teams of all time, regardless of what Aches’s future holds he has already carved out a massive and permanent place for himself in Call of Duty history.

Unfortunately, the advanced movement era of the last three years hasn’t seen Aches frequently on top, with his last LAN victory coming at MLG Columbus in 2014, the first event of the Advanced Warfare season.

Rather than being surrounded by the best players in the world, Infinite Warfare in particular saw Aches at the head of a team of young talents, the veteran leader guiding the raw talent of rising stars. His Cloud9 squads certainly made an impact at times, but for the coming season Aches has opted for a change of direction once again.

Ahead of Call of Duty: WWII, Aches finds himself back under Evil Geniuses, the organisation under whom his reign of dominance originally ended. The new squad is stacked with veteran players, featuring another World Champion in Bryan ‘Apathy’ Zhelyazkov, Anthony ‘Nameless’ Wheeler and Ian ‘Enable’ Wyatt.

It’s a team built around not just talent, but experience – both generally as professional players and specifically in boots-on-the-ground titles – and a shared mindset. Aches himself is at the center of the squad, already publicly announced as the primary leader for the team.

In the coming season, OpTic Gaming will once again be the team to beat. Given his history in boots-on-the-ground titles and specifically as a rival to the green wall, Aches surrounded by veterans who are buying into his leadership might well prove a formula capable of toppling today’s titans. 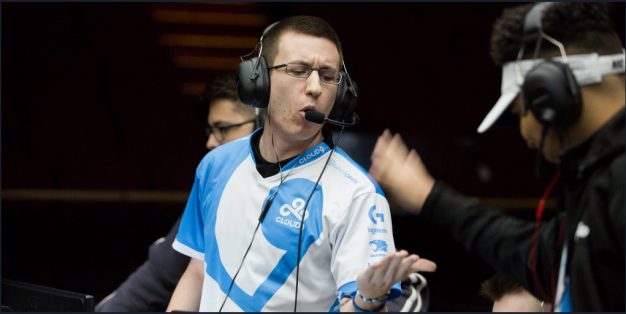 For anyone who can claim it, becoming a Call of Duty World Champion is usually a career highlight. This is as true for Aches as anyone else, but when Aches earnt his ring he did so as part of one of the greatest and most dominant teams of all time.

Excluding the US Regional Qualifier, which didn’t offer any prize except qualification and seeding for the Call of Duty Championships, when Aches entered the main event he had claimed the trophy at the preceding five tournaments. The rule of compLexity over Call of Duty was absolute.

The Call of Duty Championships itself saw compLexity claim the most dominant victory that the event has ever seen. Throughout the entire event, the team lost only four maps in total, dominating the group stage and then walking their way to what felt like an inevitable trophy.

Not only is the Call of Duty Championships the biggest and most prestigious event Aches has won during his incredibly decorated career, it also represents the very peak of his dominance over the game, a level few if any teams have ever replicated.

At that moment, compLexity was producing a peak of play that even the legendary OpTic Gaming, whose total trophy count now eclipses that of compLexity, have failed to truly replicate. As part of compLexity, Aches helped to create a magic that may never be matched, and that legacy will last as long as Call of Duty itself. 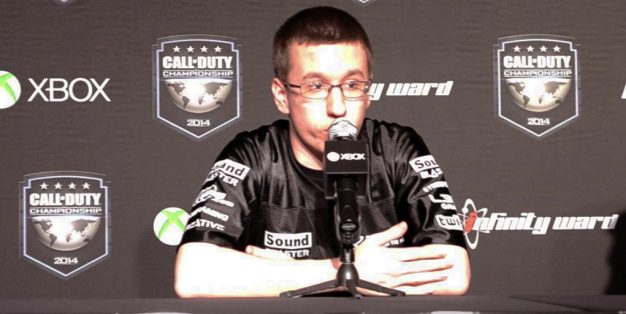 During his individual peak, which somewhat unsurprisingly coincided with prime compLexity, Aches was one of the most dangerous players in the world. Usually found with an SMG in hand, Aches was capable of putting up huge performances, at times taking over games single-handedly. That he was one of the star players of one of the most successful teams of all time should say plenty about his skill level at that time.

In recent years his blistering performances have become a little more uncommon, although still showed up occasionally while playing for Cloud9 this past season. Instead, Aches has typically played a more supportive role during the advanced movement era, relinquishing the role of the star often to younger talents.

Aches’s impact in-game has instead been perhaps most notable in his ability to guide his team-mates. Aches is one of the most accomplished leaders in Call of Duty history, and he has been able to use that experience to elevate teams of comparatively inexperienced players.

Come WWII, Aches will once again be in a position of leadership, and that alone is enough to make him valuable to a team. With the franchise returning to boots-on-the-ground combat, however, it’s within the realm of possibility that Aches could once again begin to unlock that star player of old. 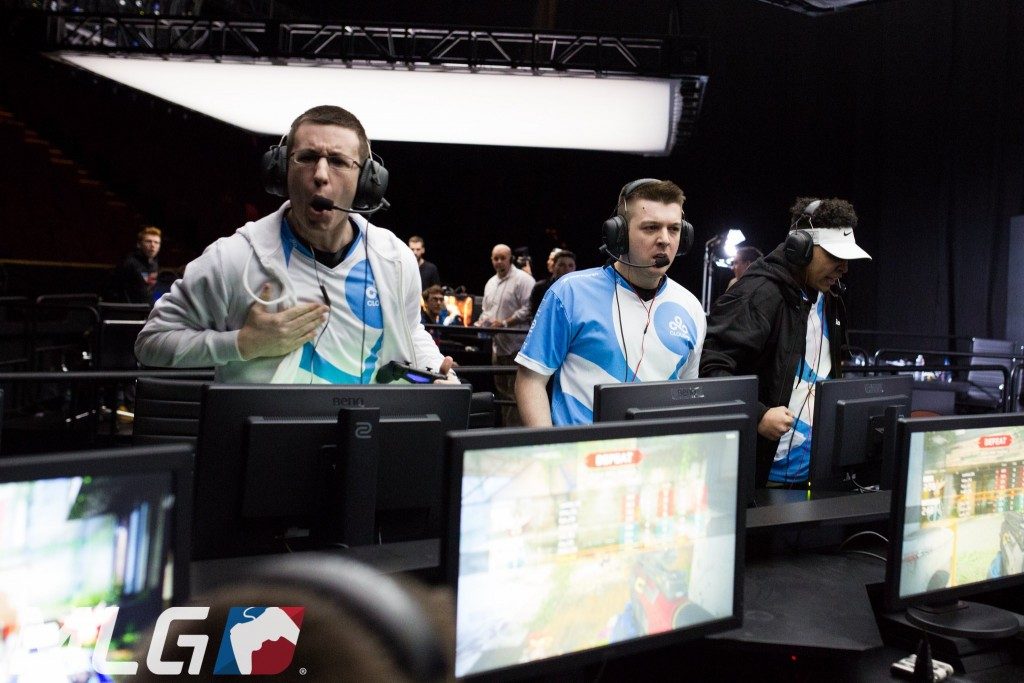 Throughout his time as a professional player, Aches’s presence outside the game has been almost as great as within it. Aches had never been afraid to speak his mind, never held his tongue for the sake of popularity or avoiding controversy.

In that regard, Aches is perhaps one of the most important players in Call of Duty. He will never be the most beloved player in the world, but in his willingness to set himself against some of the most popular teams in the world, and his talent in defeating them, Aches has often provided the other half necessary for a great story – a worthy villain. A world without Aches would be noticeably bland by comparison.

While fans might not always appreciate Aches’s outspoken nature, especially when it manifests as criticism of a popular team, it also means that Aches has often been happy to raise controversial issues. When faced with issues in the game or the competitive circuit, he has never shied away from addressing them, and in doing so has at times forced a conversation around topics that might otherwise be ignored.

Love him or hate him, there is no doubt that Aches has played a major role in shaping competitive Call of Duty, both within and without the game.