Getting Started in Rogue Company

Rogue Company, the new free to play tactical third-person shooter from Hi-Rez Studios, is playable via closed beta. It features different game modes such as Strikeout, Demolition, Extraction, and Wingman as well as 13 different Rogues to play as.

Like all Hi-Rez games, it has cross play and cross progression from the day it launched for PC, Xbox One, PS4, and Nintendo Switch. You can immediately start playing with your friends on PS4 while you’re on Xbox - there are no limits.

Here’s all the essential info you need to get started in Rogue Company.

To begin playing in the closed beta, you will need a code to enter for your specific device. You can snag a code through Twitch Drops, Rogue Company’s Social Media, or from purchasing a Founder’s Pack. Other than these methods, the only way is to wait for open beta or launch.

How To Unlock New Characters

Rogue company has 13 different characters you can play that each have unique abilities and roles - but you only start with six unlocked.  You’ll need to earn the in game currency, Reputation, to unlock new characters. Completing the daily quests will net you around 1,000 Reputation a day - but if that is too slow for you, the best way is trying to consistently get wins.

If you’re trying to figure out which character to unlock, check out the Shooting Range. You can select any Rogue to try out.

When you start a match in any mode, you will have a screen showing items you can purchase and how much money you have. The starting amount depends on which game mode you’re playing, but the system works the same. You can upgrade your loadout and purchase perks to increase your arsenal for each round. Each round you earn money based on the outcomes of the game - like if your team wins or if you eliminated someone or assisted in an elimination.

You will start the round on a drop-ship on one side of the map with your team, and then you will deploy onto the map. You can drop however you like, but keep in mind that everyone has a smoke trail behind them.

This means that you can see where the enemy team is heading, but also they can see where you are heading. There are tactics to confuse the opposing team, so get creative with your drops.

Keep in mind that the third-person nature allows you to peak around corners, but you can also swap your shoulder view from left to right with the bumpers. It also tends to favor the defensive, so be sure to take good use of cover. You can also dodge roll to navigate between cover, or to dodge incoming attacks.

If you want to get a better handle on how gameplay works or how weapons work, be sure to check out the Training Mode and Shooting Range. It’s great to practice, try out new techniques, better your aim, and experiment with different weapons. 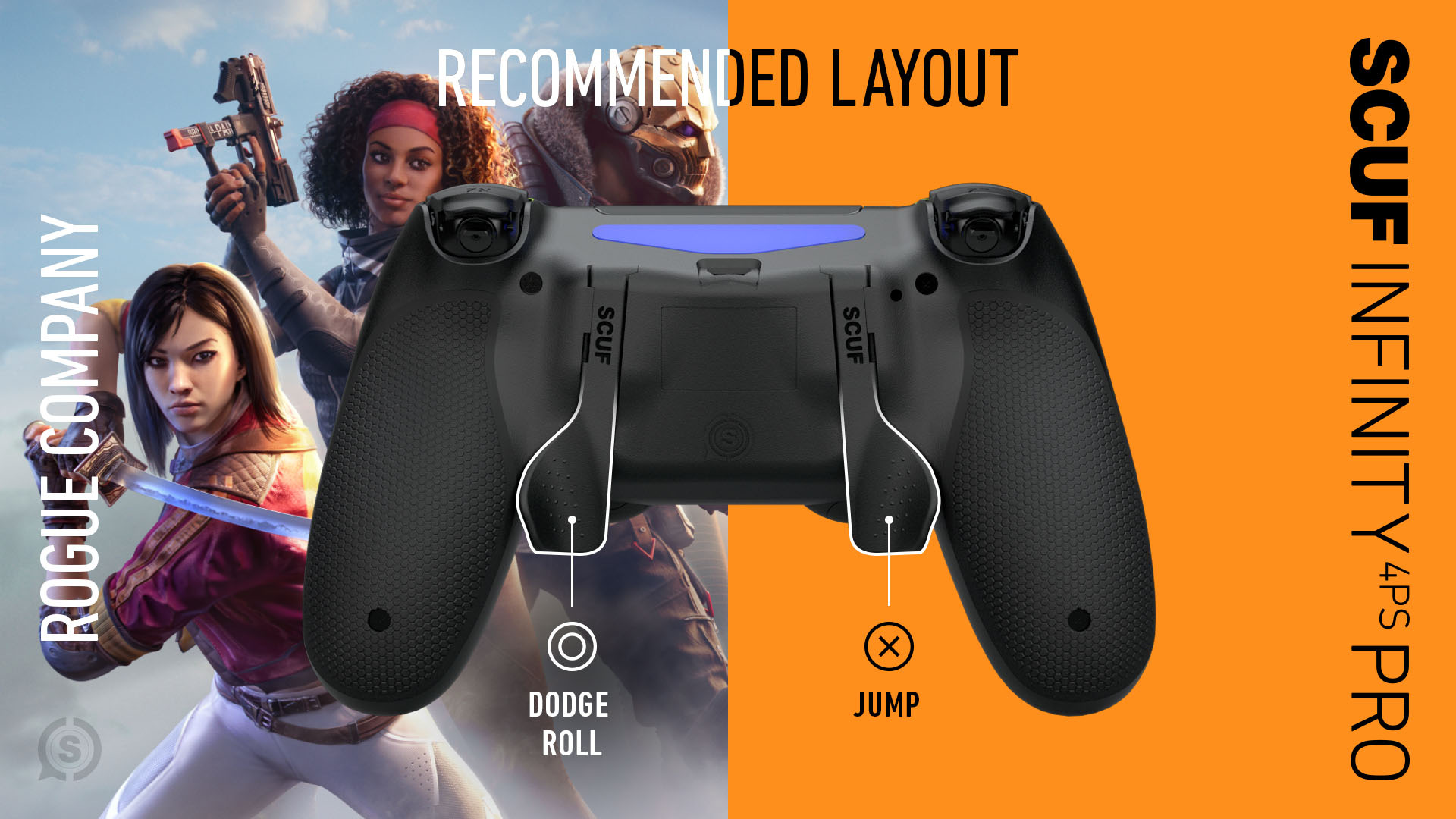 Rogue Company like many tactical shooters rely on your skills to outlive the opponent and secure the objective. You can gain a little more edge by mapping your essentials onto your paddles, so you can swap weapons during an intense firefight or dodge roll out of harm's way while still being able to aim. 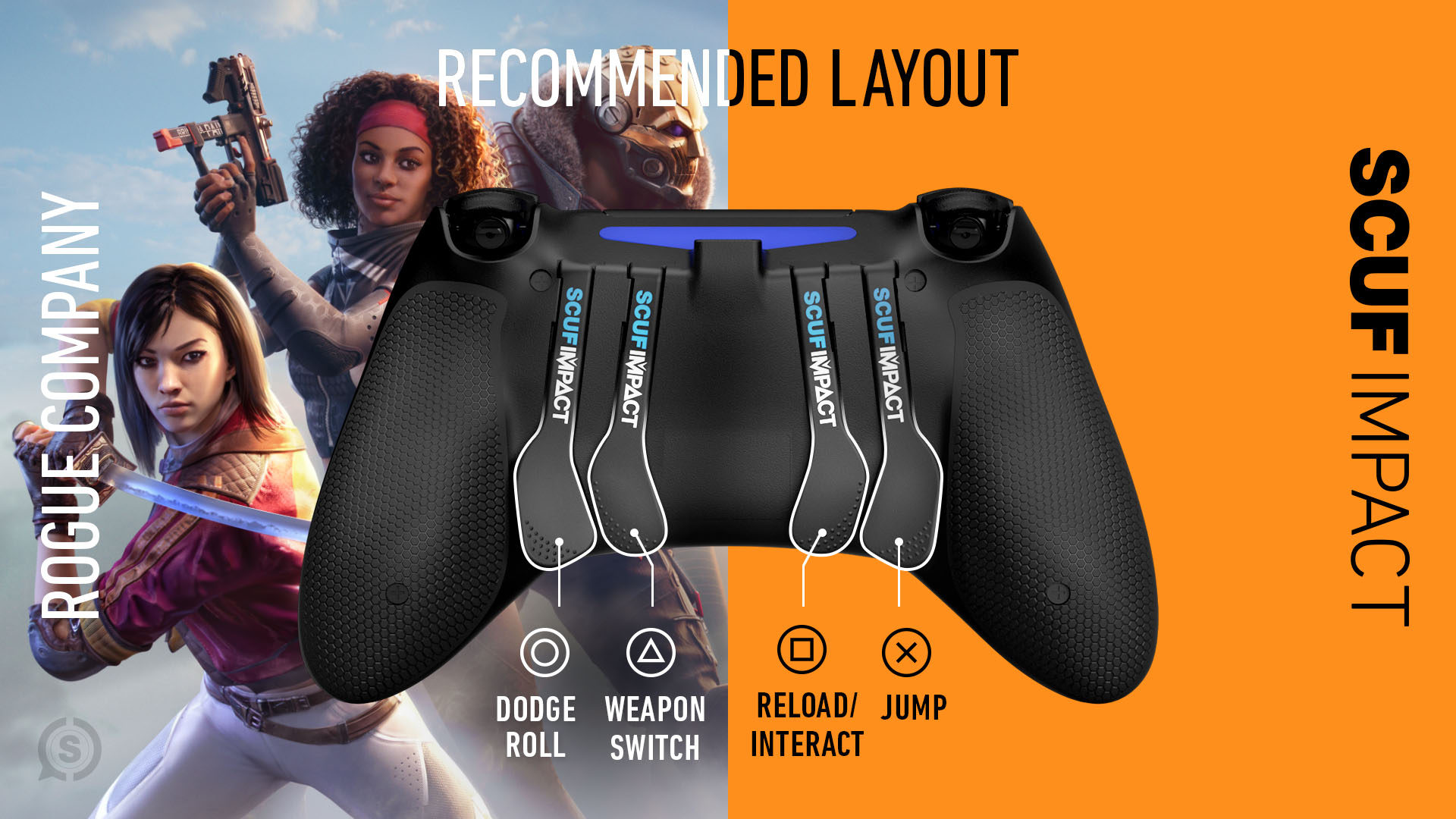 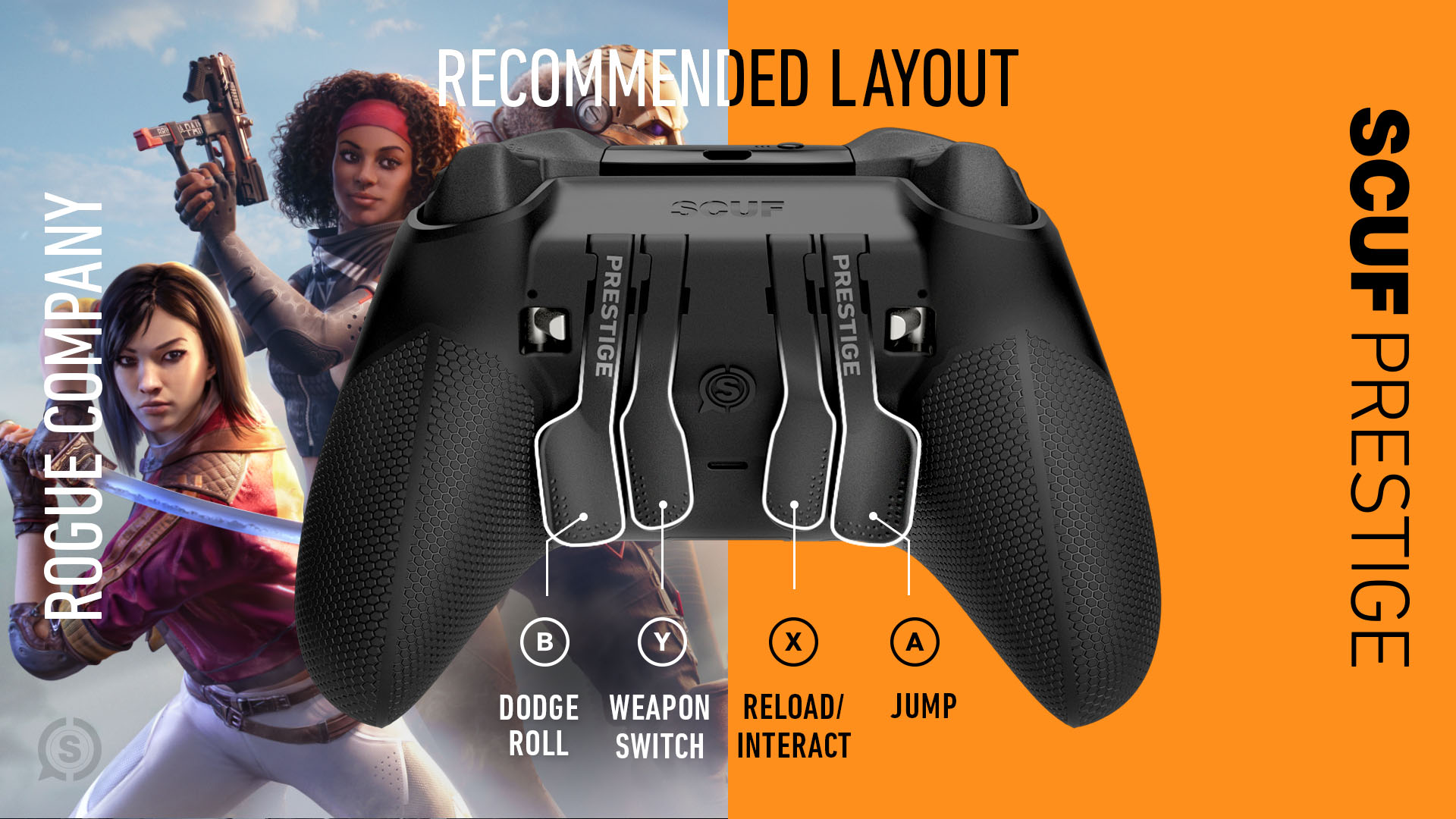 You can also try out different mappings for how you like to play and experiment in the shooting range with them. If you like to play Ronin, but feel like you don’t get to use her Melee as much because it’s on the D-Pad, just map it to a paddle that works for you. Now you can quickly Melee without moving your thumb off the thumbstick to press the D-Pad.