A new update for Rainbow Six Siege, Year 5 Season 3: Shadow Legacy, was revealed recently and will be released in September. This season is introducing a new operator: Sam Fisher aka Zero. Rainbow 6 Siege is currently on PS4, Xbox One, and PC, and soon will be releasing on the PS5 and Xbox Series X. There will be cross-generation multiplayer, meaning PS4/Xbox One players will be able to play with their friends on the PS5 and Xbox Series X! Get ready to level up with these expert tips and settings.

How to Level up Fast

With custom games started at Level 5 and Ranked games at Level 30, you’ll want to level up fast if you’ve just hopped on Rainbow 6 Siege.

If you’re looking for some beginners practice, Rainbow 6 does have some short offline missions called Situations that you can play solo - but there is no campaign. There are also training modes with bots that you can practice with too. Keep in mind Situations are not totally representative of how fast paced and intense online games can be since they’re PVE instead of PVP.

Next, if you’re ready to move onto the online space, you can start with Terrorist Hunts first. The pacing is more on par with other online matches even though it is also PVE, and you can learn to play with others. This is also just a great way to level up quicker. In addition, it will help you develop muscle memory and how certain mechanics work.

If you have other friends that play Rainbow 6, it’ll help with leveling as well. Siege is very team-oriented and you’ll need to communicate - sometimes it’s easier with people you know.

Starting out with SCUF

The largest advantage to using a SCUF in Rainbow 6 Siege is to allow you to keep your aim ready for anything while still performing needed tasks. 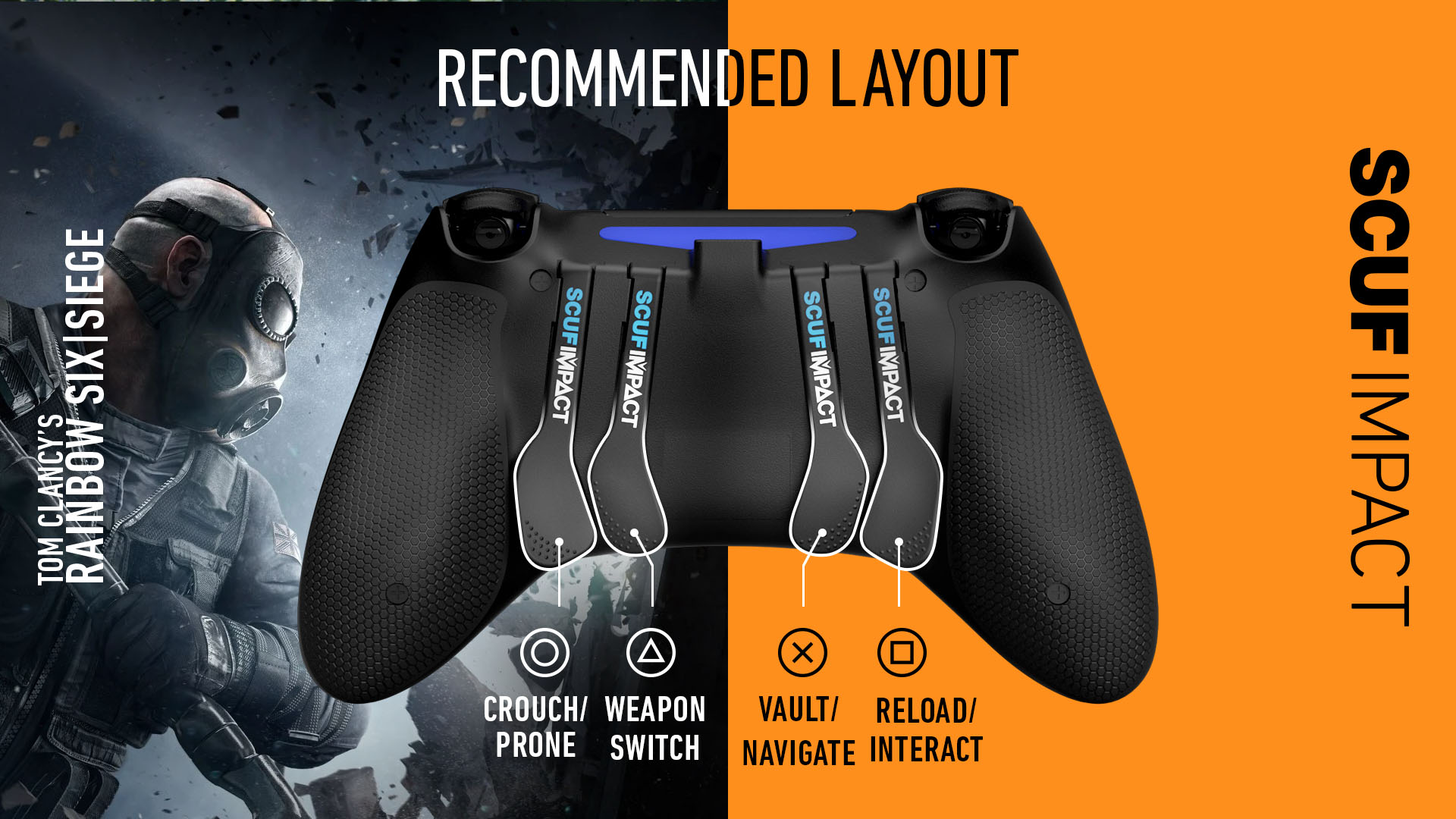 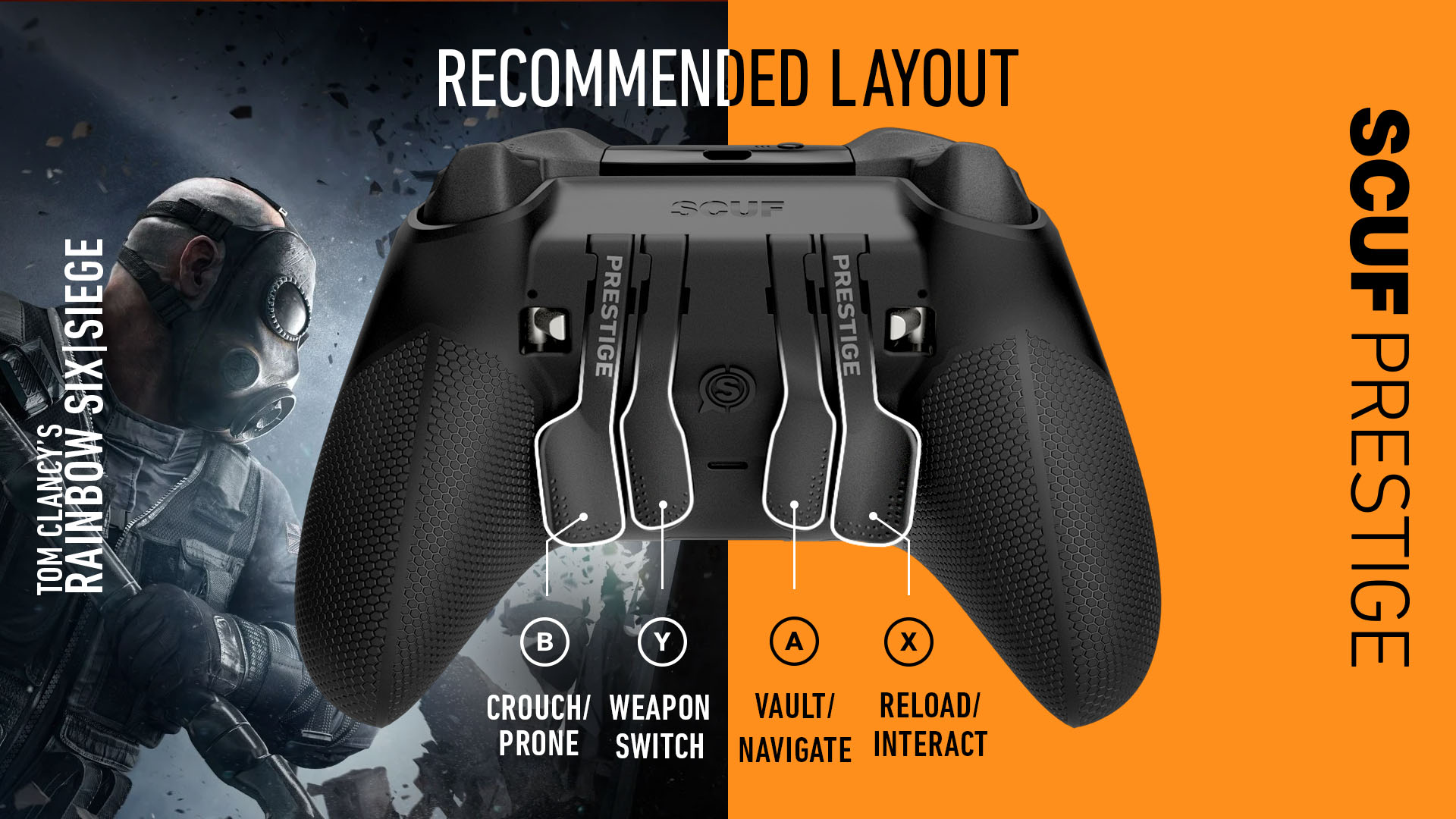 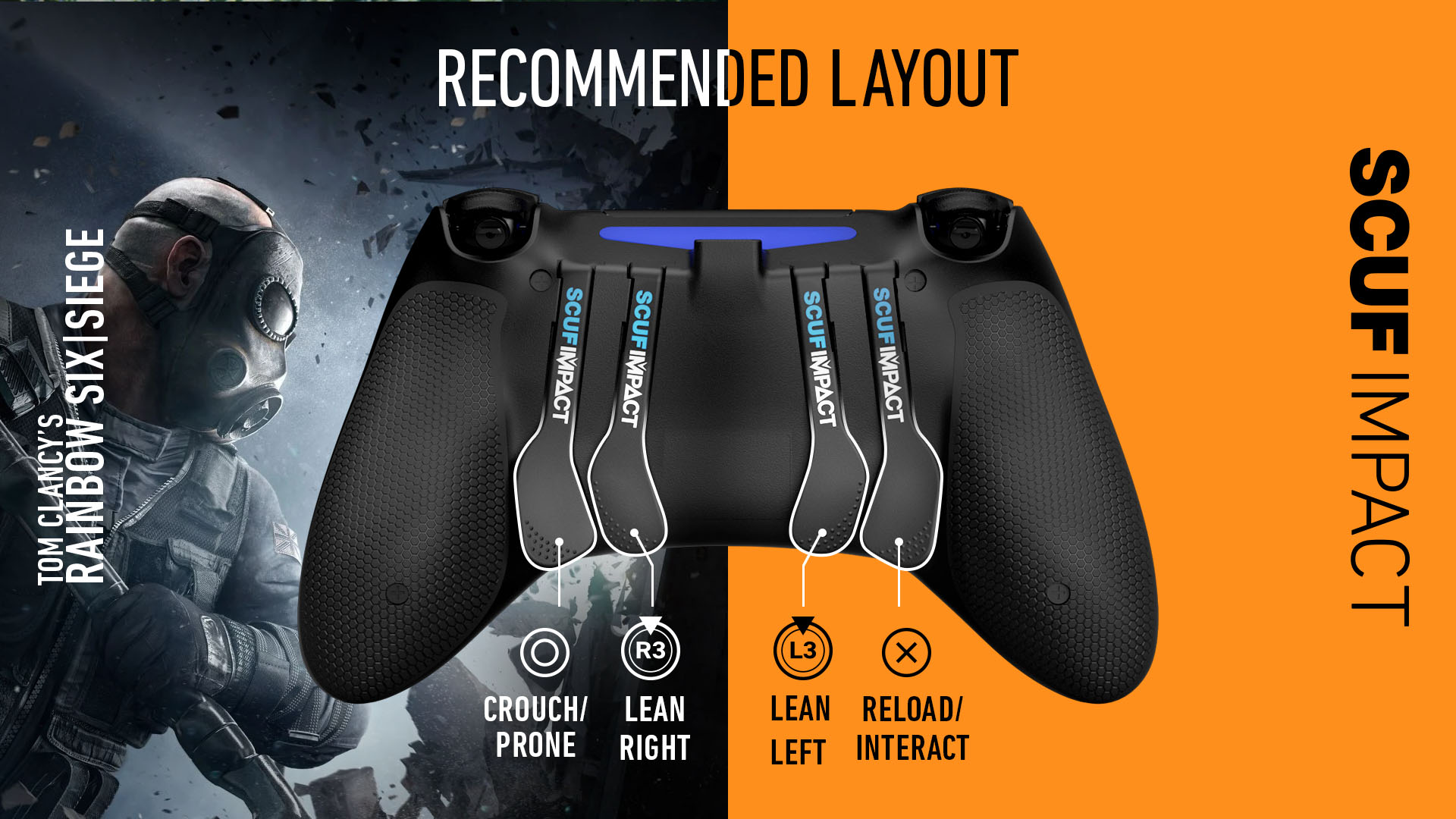 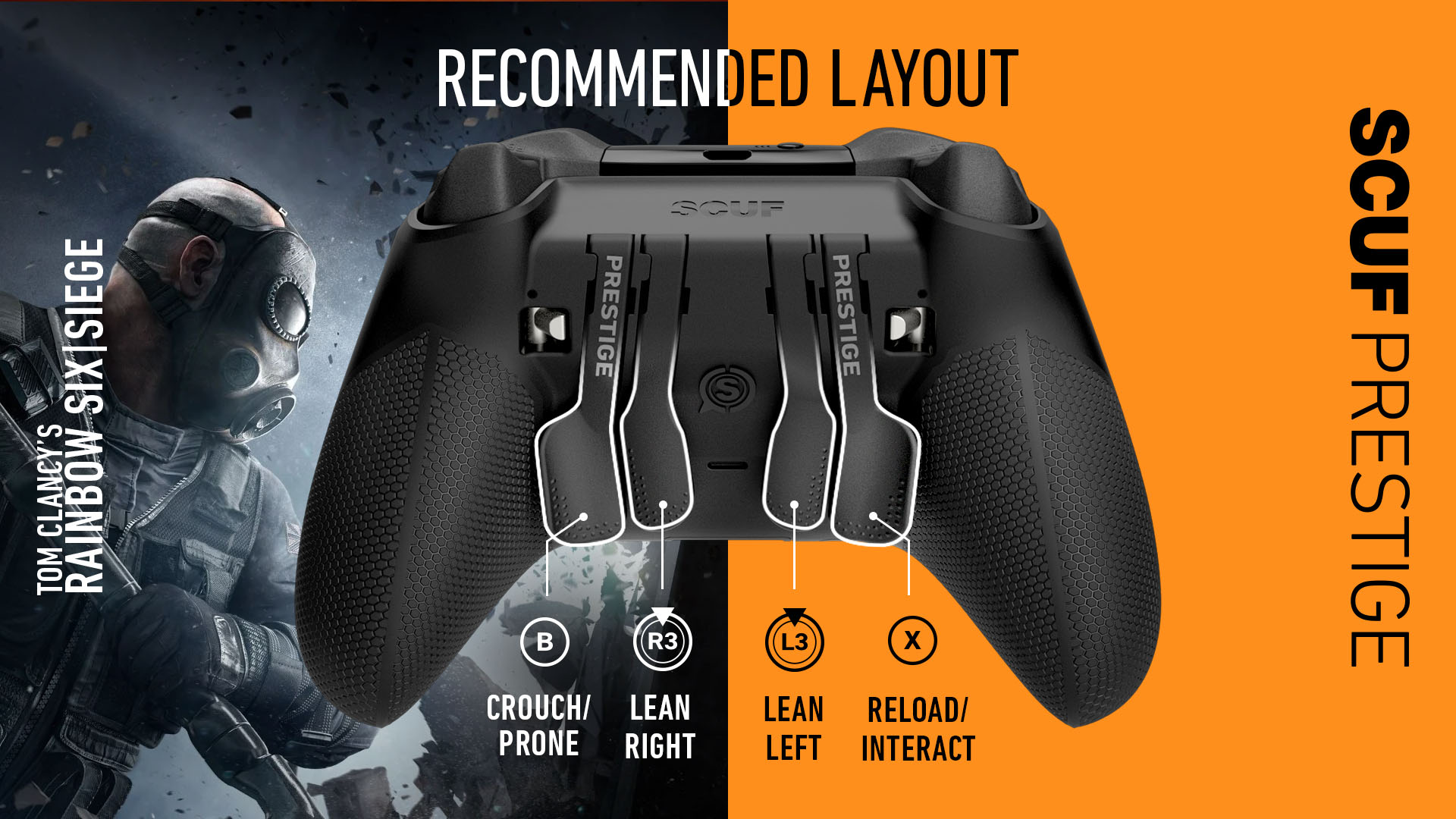 If you’re ready for something a little more advanced that will greatly improve your gameplay, try out this layout. It’ll place lean on the paddles making it easier to lean around corners while aiming.

Looking to learn more? Check out our Rainbow 6 Siege Game Page for more guides to improve your gameplay in Siege.