Reminiscent of Fallout: New Vegas in style, it’s a new take on the classic style of RPG.

Launched into the Solar System (Halcyon) forge your own path whether you want to be a lawful good citizen and abide by the corporations running society or a chaotic evil villain who takes out anyone in their path, the choice is all yours.

You get to choose how you want to play in The Outer Worlds: whether you want to be a stealthy thief, an aggressive outlaw, or a pacifist savior.

SCUF thumbsticks are designed to be interchangeable to match whatever playstyle you prefer.

Combat can be surprisingly tough. Gain the advantage against your enemies with SCUF’s Trigger Control System; available on every controller model and offers full trigger customization through Adjustable Trigger Stops and Hair Triggers.

For The Outer Worlds, you will want to have your trigger stops enabled.

They will reduce the amount your trigger has to travel past the activation point and will allow for faster shooting and aiming, especially efficient with semi-automatic weapons.

To further tune your trigger movement, the hair triggers will allow you to modify the distance to the activation point so firing and aiming becomes a one-tap process.

You should only adjust your hair triggers in game; start by turning the key until you hit the activation point which is where your weapon will start shooting on its own, then dial it back 2 turns, or to your preference.

Paddles located on the back of every SCUF controller will help cover your essentials of crouching, jumping, interacting, reloading and switching weapons while being prepared with your thumb on the thumbstick for whatever is waiting out there for you. 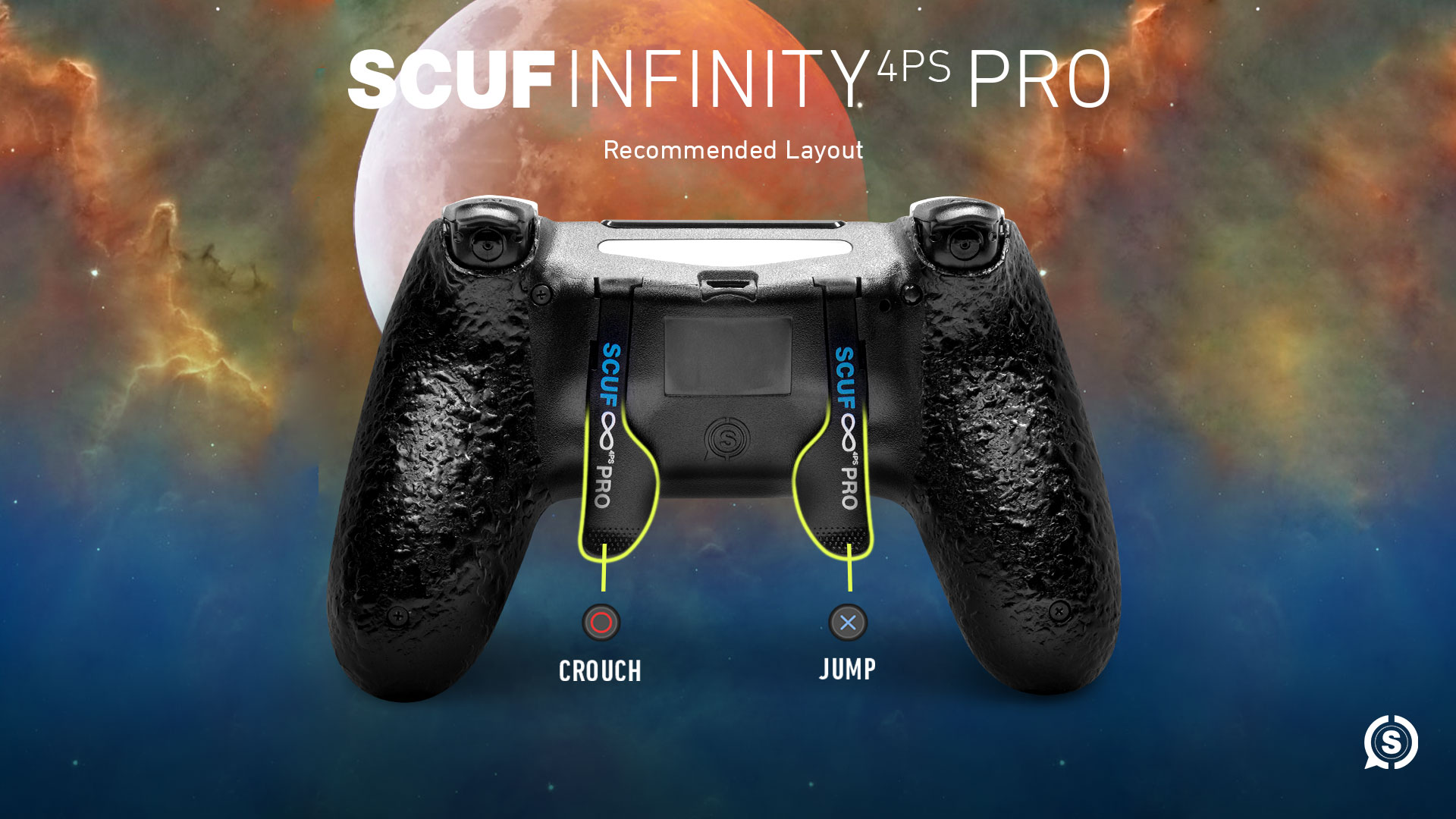 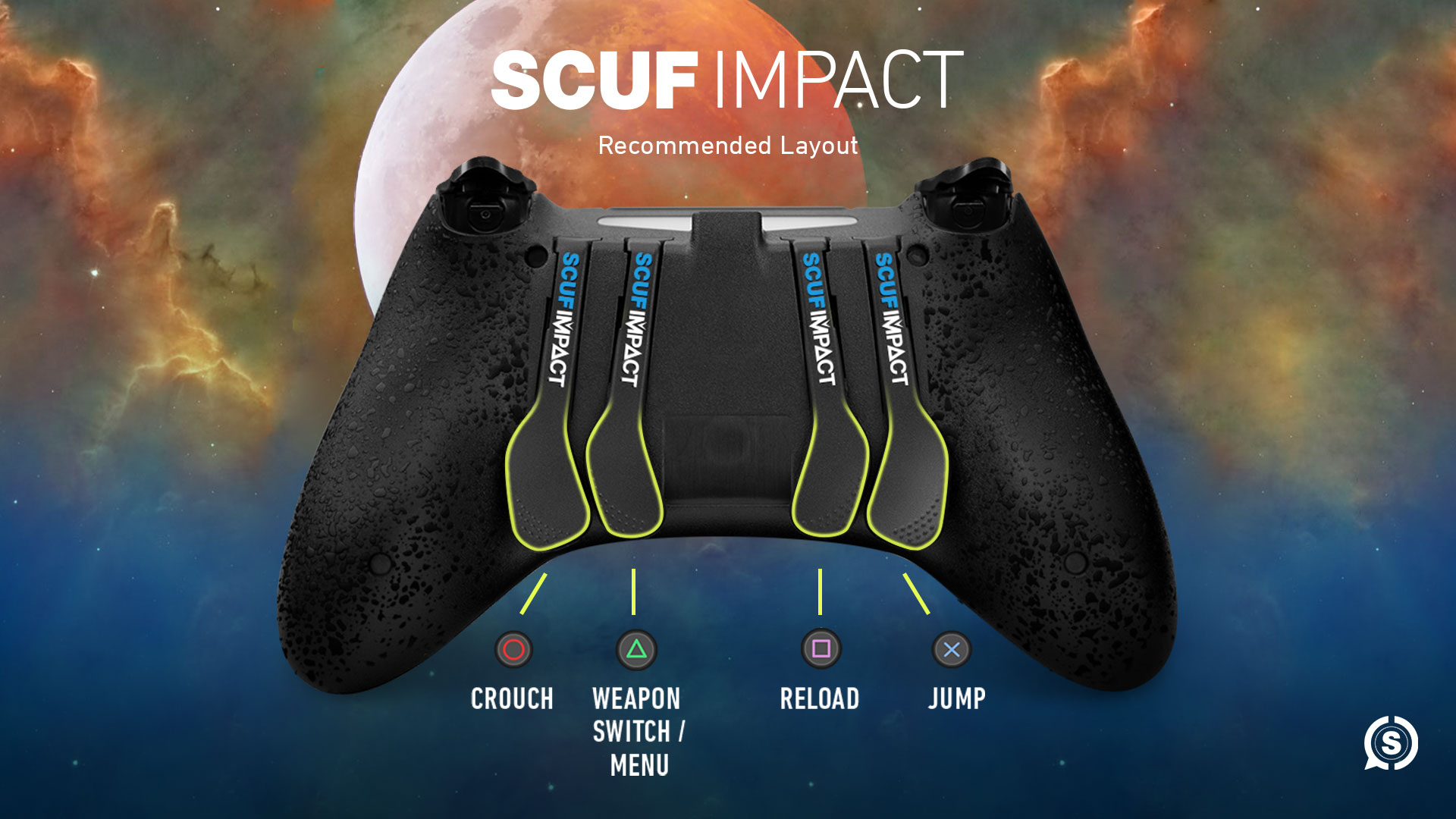 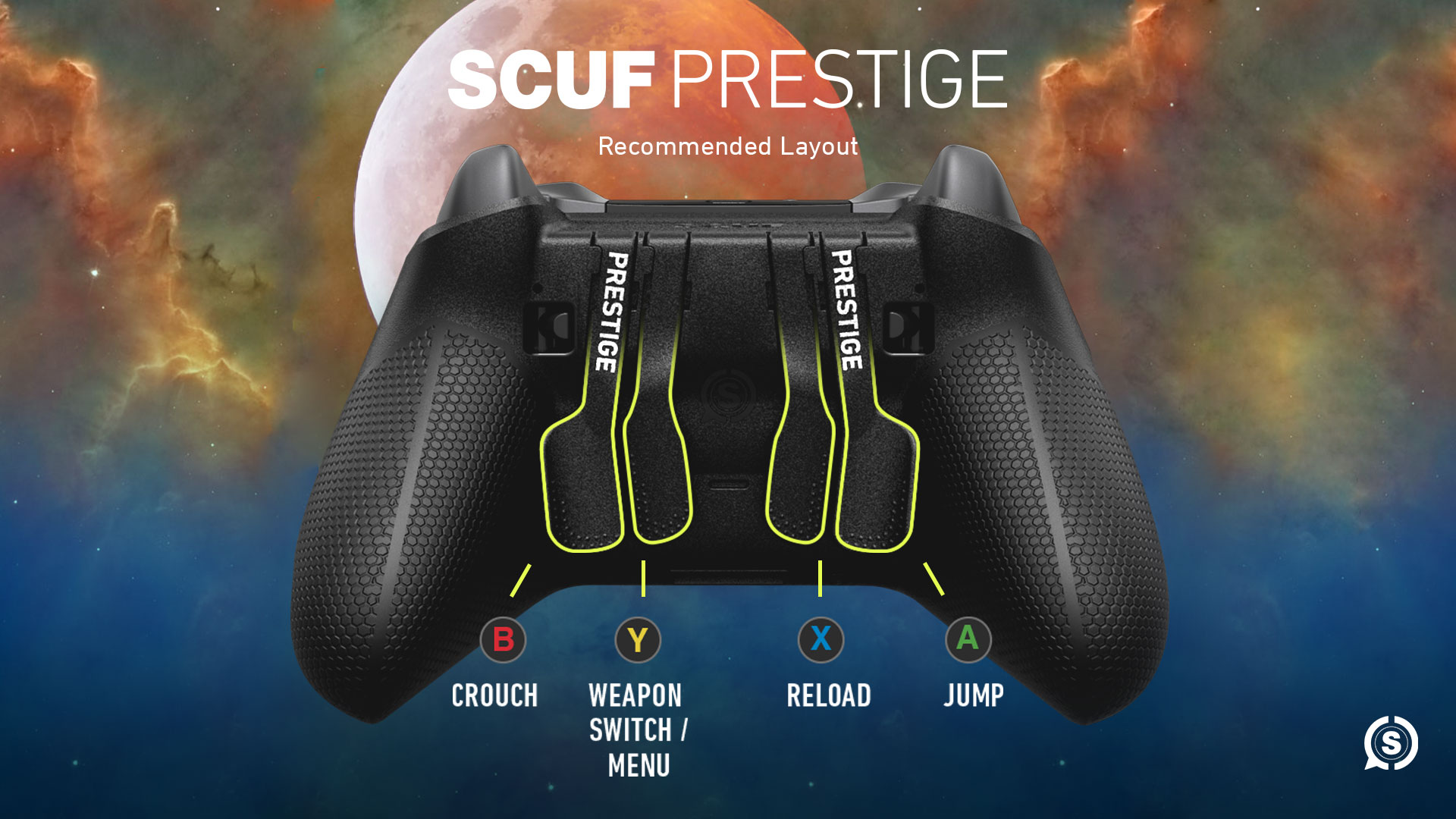 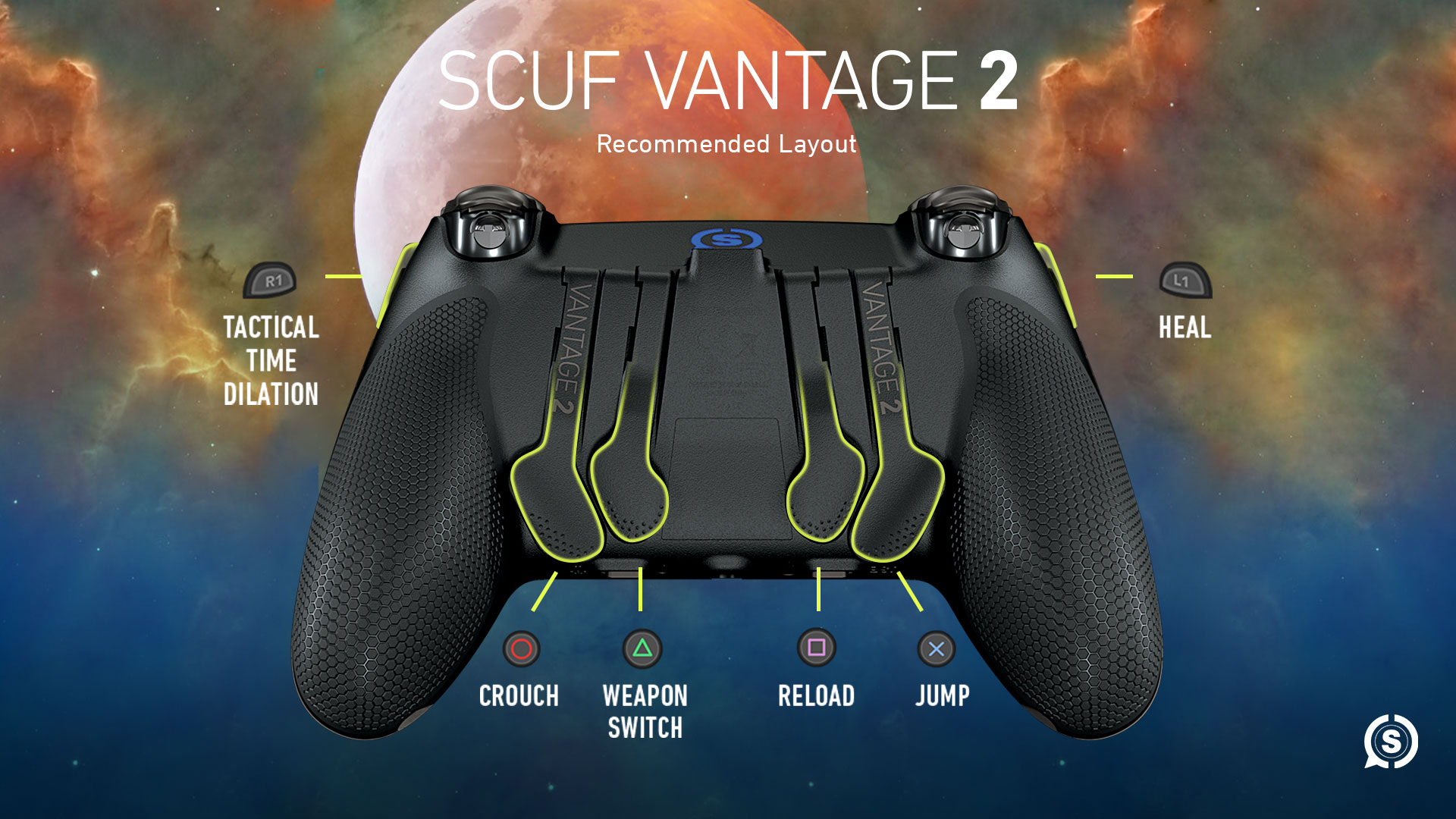 For SCUF Vantage players, stay immersed and keep your fingers on the triggers with healing and Tactical Time Dilation just one inner index finger press away on your SAX buttons.

Here’s a several tips that can vastly improve different parts of gameplay.