This week’s top stories include the latest news from the first ever eSports Industry Awards, held in London, England on Monday evening. The star-studded event brought together many of the industry’s biggest players, and included an award win for Scuf Gaming in the category of Best Hardware Provider! Here are our picks of the best news of the last seven days.

At the inaugural eSports Industry Awards, OpTic Gaming star Seth ‘Scump’ Abner walked away with the biggest honour up for grabs for console players. Taking home the Console eSports Player of the Year award, Scump beat fellow CoD teammate Crimsix, OG member Royal2, among others, to the award. Scump enjoyed a hugely successful year in Call of Duty, with OpTic Gaming performing consistently well throughout. 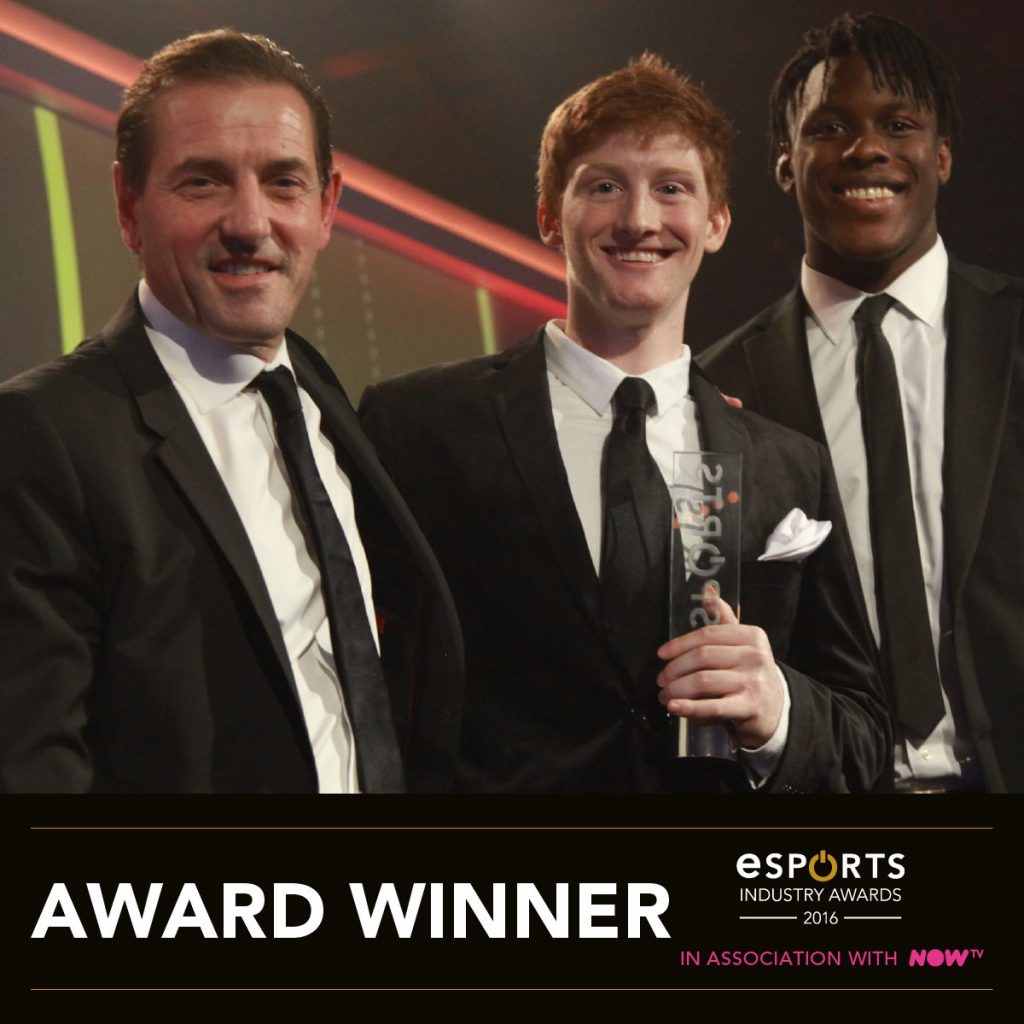 EnVyUs Win Team of the Year

Team EnVyUs beat a fiercely competitive field to take home this year’s Team of the Year. In a year that has included countless titles across a multitude of games, including the Call of Duty Championship title for the first time in their history, certainly the Boys in Blue were deserving of this year’s awards. Their competition included fierce rivals OpTic Gaming, Team Liquid, Luminosity and more. Team owner Mike ‘Hastro’ Rufail collected the award on behalf of the team.

Callum ‘Swanny’ Swan, the poster boy for European Call of Duty, won the first ever UK eSports Player of the Year. After a year that included winning both CWL Stage 1 and Stage 2, Swanny took home the personal accolade to reward his success. Unfortunately, Swanny missed out on both the Call of Duty Championship Finals in LA and the award ceremony, with OpTic Gaming’s Hector Rodriguez accepting the award on behalf of his former player. Hopefully Swanny will return to action regularly for the new Call of Duty season.

EnVyUs continued their fine form across numerous titles, this time with a victory in Las Vegas as they scooped the HCS Las Vegas Championship. nV had to recover from defeat in the Winner Bracket Final against Team Liquid, first defeating Team Alliegance in the Loser Bracket Final before beating Liquid at the second time of asking in a two series finale. The finale concluded at 3AM, with EnVyUs bagging $10,000 for their troubles. Notably, OpTic Gaming was absent from the tournament. Fans will have to wait slightly longer for the next showdown between these two esports titans.

After their remaining three members transferred to Rise Nation, Elevate have chosen a slightly different approach in their rebuilding process. Surprisingly, Elevate have gone for an all-European line up this time out, despite their continued success in supporting North American rosters in the past. The new squad brings together players from varying backgrounds and will feature Watson, Reedy, Seany, and Zed. The first real test of the new Elevate line up comes in the form of the upcoming Playstation Experience Invitational; a tournament that will also include Orbit EU, EG, FaZe, Renegades, Luminosity, Splyce and the recently departed Elevate threesome, now representing Rise Nation.