This weekend will see the best Call of Duty teams in the world head to LA for this year’s Call of Duty Championship as part of CoD XP. 32 teams from around the world will battle it out for the biggest ever Call of Duty prize purse. In this piece we take a look at each group and what you should be expecting.

Group A brings together three British teams with Americans, eUnited, the remnants of the TSM team that competed in Stage 2. Black Forest Games will come into the group as heavy outsiders, having not competed in the Pro League at any stage this season. With two places up for grabs, Group A could prove to be very unforgiving with Millenium, Splyce and eUnited all expected to reach the latter stages. Millenium will now be without Swanny who was forced to pull out last minute. Instead they’ll compete with former winning MiRx who now has very little time to bed into the line up. It’s far too soon to rule Millenium out, though, having won the European leg of Stage 2 only weeks ago. This really could be the one to watch. 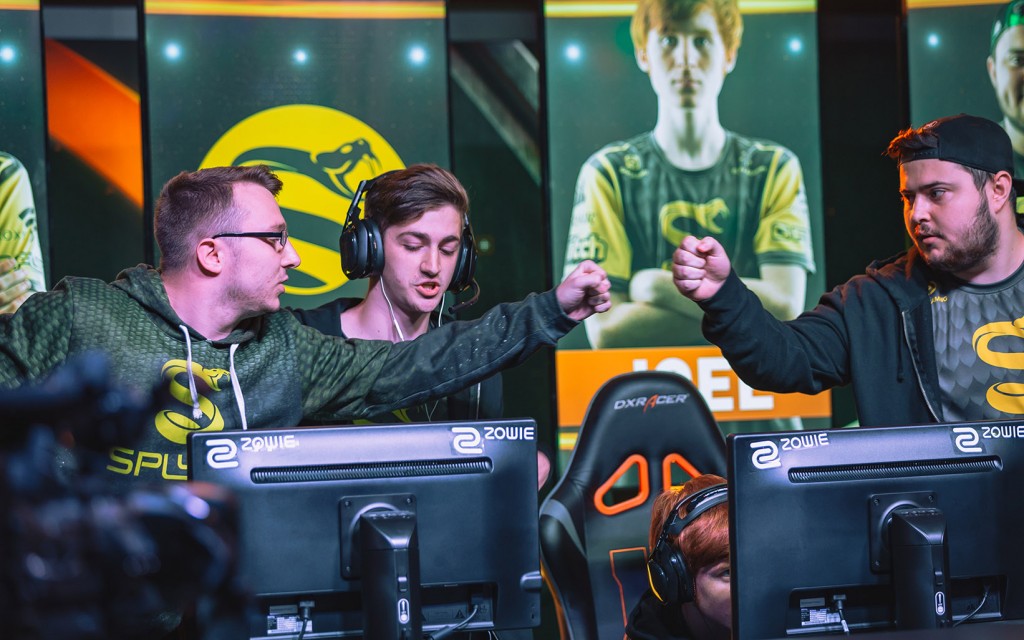 After such a dominant year, Rise Nation should expect to advance through as Group B winners. The second spot is completely up for grabs though, as Britons HyperGames, the Frenchmen of Supremacy and North Americans Apotheon fight tooth and nail for a spot in the double elimination bracket. HyperGames have had an excellent year, particularly online, and have emerged as one of Europe’s powerhouses thanks to a meteoric rise that few would have predicted as little as 10 months ago. Supremacy are now firmly established as France’s top team and have enough talent in their ranks to do the business on the day. Then there’s Apotheon; a squad that emerged through an extremely tough online North American bracket to secure their place in the finals. Perhaps the Americans are the underdogs, at least in terms of experience on Black Ops 3, but something about this screams fairy tale for a team with nothing to lose. Certainly the draw could have been a lot lot tougher on them.

Luminosity have shown signs of continued improvement and their giant killing of OpTic Gaming at the Stage 2 Finals is a sign of their capability. Certainly the Americans will expect to be in the conversation when the tournament reaches the latter stages and anything but a group topping performance will be seen as a disappointment. Mindfreak and Chiefs will both look to continue a fine tradition of Australians doing damage at world finals. The Group C draw isn’t necessarily a bad one either, with at least one place looking well contested. Given Mindfreak’s year so far and their dominance over their domestic scene, they’ll be heavy favorites over their fellow countryment but this is Champs where anything can happen. fabE acquired Exertus after the team narrowly missed out on a spot at the European Stage 2 Finals. This is a team that has nothing to lose and everything to gain coming into CoD XP this weekend. A three-way dance between fabE, Chiefs and Mindfreak looks to be the order of the day here.

Appropriately named Renegades, the former Dream Team line up come into CoD XP with lofty expectations on their shoulders. The addition of Killa to their roster before the conclusion of Stage 1 turned their fortunes from NA struggles to eventual Stage 2 runners up. Group D will still be a difficult proving ground, though, with Epsilon and Allegiance both boasting sizeable credentials of their own. MLG Orlando did little to demonstrate the full potential of Allegiance, while Epsilon have had a modest time of Stage 2. Despite that, both teams will expect to reach the knockout stages of the competition and Renegades could very easily be pulled into a dog fight with them. Pulse Gaming, on the other hand, have their work cut out if they’re to take anything from Group D. Stranger things have happened, though. 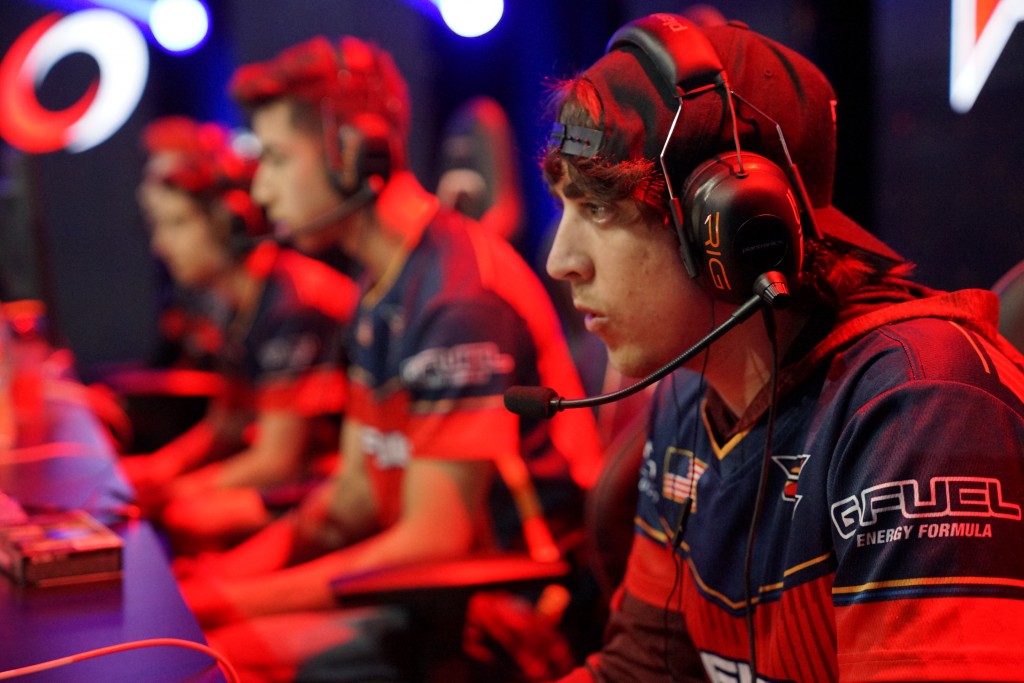 Giants and Most Wanted will have wept when they saw the draw for Group E, being matched with two of the tournament’s favorites. On paper the group really looks like it’ll be a battle for the top spot, with both FaZe and eLevate aiming to avoid a tough match up in the first round of the knockout stages. This leaves the door open for an upset, though, especially if teams start their group stage off poorly. Most Wanted could prove to be something of a wildcard this weekend and are not without their own talent, including TcM who competes in a major for only the second in since the MLG World Finals back on AW. Giants from Spain have had two seasons of Pro League to hone their skills and in a best of 5 with some favourable maps, could pose a serious threat to FaZe or eLevate. Anything but a solid start could leave FaZe or eLevate with a lot to do.

Infused have started tournaments strongly all year, topping their Anaheim and Orlando groups with a flawless 3-0 record. There are no easy draws at CoD XP but the Infused quartet will definitely be happier with their draw than many of their fellow Britons. Team Kaliber announced their return to Call of Duty with a roster that combines the familiar with the new, bringing together a foursome more than capable of doing the Team Kaliber brand justice, with arguably the best tK team of BO3 to date. That said, Infused and Team Kaliber are expected to fight it out for the first and second spots. No one should be ruling out Lethal Gaming or Tainted Minds though either. Lethal enter Group F having navigated the tough NA Online Qualifier which included a 3-2 defeat against Team Kaliber. Tained Minds from down under will equally fancy their chances in a group that could offer up plenty of surprises. Nothing is a guarantee here.

Group G looks to be rather cut and dry, on paper at least. While it’s proven foolish to write off Australian teams in the past, it’s very hard to look beyond the American pairing given their obvious quality. Much like Group E, EnVyUS and Cloud9 are teams that will expect to be mixing it up on the final day of competition so anything beyond that would be a total disappointment. When the two teams last met at MLG Orlando, C9 were edged 3-2 by EnVyUS who then went on to finish 2nd . With that in mind, there appears very little to separate the two teams that each boast a former CoD World Champion within their ranks. Vitality’s approach for CoDXP has very much been out with the old and in with the new. Gone are the veteran Frenchmen in place of young, British talent to link up with the emerging French talent of Wailers. Given the relatively unproven nature of this side, it’s hard to know what to expect of them. Their comparative lack of experience makes it extremely tough to see them offering a true threat to nV or C9, however. Then there’s Orbit ANZ who will also look to cause another southern hemisphere upset. Having led the regular season rankings in Stage 2 Regular Season, Orbit will be disappointed with their showing at the Stage 2 Finals and this weekend offers an incredible shot at retribution. With almost no meetings between northern and southern hemisphere teams so far on Black Ops 3, maybe the door is open for a shock. 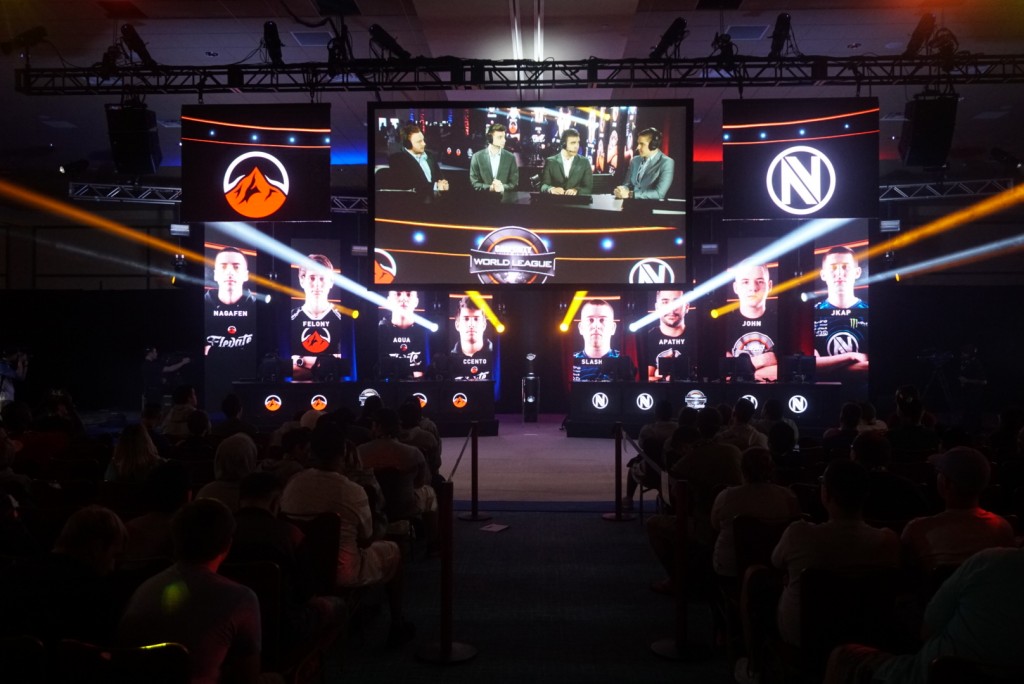 Anything but first place at CoD XP for OpTic Gaming is unacceptable, such is the talent boasted on this roster. Right now, anything but first place also seems inconceivable. For compLexity, PNDA and LDLC this poses an interesting conundrum. When teams with such huge expectations are knocked off their game, all bets are off. We saw it with OpTic Gaming last year and there’s equal opportunity this year to be giant killers. Thankfully two teams will emerge from Group H and there’s plenty to fight for for the three teams that look rather evenly matched. Complexity and PNDA both came through the NA online qualifiers to secure their place in the finals and largely represent the best of the players who missed out on much of this year’s Pro League, with a few exceptions. LDLC are the only non-NA team in Group H and will also be confident of making it through into the latter stages. Watson and Shane are no strangers to the Champs, with the latter being only of the few players to be making his fifth appearance at a world finals.

Coverage of the competition will be live all weekend. Be sure to tune into the broadcast live on twitch.tv/cod.