Last weekend marked the first MLG of the new Call of Duty season. With 108 teams from around the globe heading to Columbus, Ohio to compete for the title of MLG Columbus champion.

Columbus was also the first opportunity for Call of Duty fans to see Infinity Ward's answer to the CoDCaster mode, made popular during the reign of Black Ops 2, along with new game modes like Blitz that had found their way into the play list. Scuf Gaming were also on site as one of the event's sponsors, with an exhibition both for fans to test out the latest Scuf Gaming products and purchase them over the course of the weekend.

The event wasn't without its surprises, with Optic Gaming having a rough ride in the first event of Ghosts. Other Scuf Gaming sponsored teams, Team EnVyUS, Team Kaliber and Complexity all fared better, with EnVyUS eventually settling for a fourth place finish, a marked improvement from only a few months ago. The final was eventually contested between the world #1, Complexity and Gfinity third place finishers, Team Kaliber.

The Grand Final was an epic affair and could have gone either way. Once again the boys of Complexity were able to dig deep when it mattered, though, and Clayster, Crimsix, Teepee and Aches helped themselves to their fourth consecutive event title; with G2, MLG Fall Invitational and ESWC preceding Columbus. Complexity have now equalled  the record breaking four successive titles set by Impact during the early stages of Black Ops 2, While also using Scuf Gaming controllers. 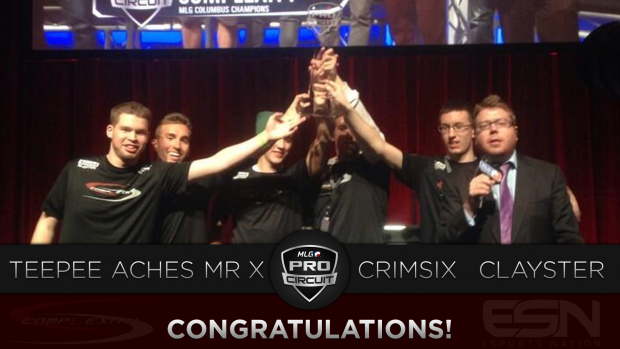 You can purchase the controllers used by Complexity, Team Kaliber, EnVyUS, Optic Gaming and others by clicking here >. Our Pro Gaming section features our range of branded team controllers. You can now play like your favorite pros and maybe you'll be the next player to achieve MLG glory. Scuf Gaming would like to congratulate all the success Scuf Gaming sponsored pro players this weekend. As always, we'll see you next time.