Scuf Gaming (SCUF), global leader and innovator of high end gaming peripherals, is pleased to announce its partnership with Legends of Gaming Live™. SCUF will be sponsoring Legends of Gaming Live, the UK’s only YouTube Gaming event where over 20,000 people will attend to see their favourite YouTube stars, as well as the latest in gaming releases and hardware on September 10-11, 2016 in London.

Duncan Ironmonger, CEO & Co-Founder Scuf Gaming: “We are delighted to be partnering with Legends of Gaming to headline this event and are excited to offer gamers of all genres the opportunity to sample SCUF technology. As an extremely large influencer in the eSports world, we feel this partnership is a perfect match!"

With a lineup that includes multiple tournaments, a massive expo area, and YouTube’s biggest gaming stars, Legends of Gaming Live is set to attract over 20,000 attendees from all over Europe. Popular YouTubers confirmed to attend include Ali-A, DanTDM, Syndicate, Mini Ladd, LDShadowLady, Ashley Marie, Masteron, Mess Yourself, Spencer FC, JMX and Hurder of Buffalo. 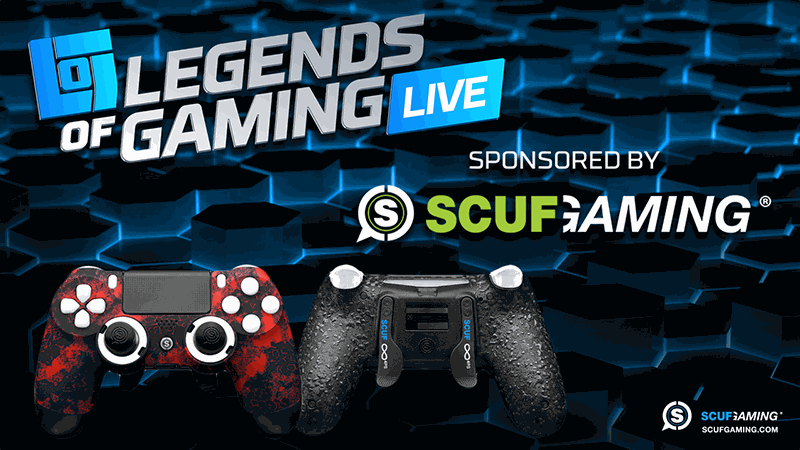 Tickets available from www.legendsofgaming.co.uk with prices starting from £15.

About Scuf Gaming
Scuf Gaming® is a Global Leader and Innovator in eSports, providing Tactical Gear for Elite Gamers - over 90% of the top Professional gamers in world use SCUF.