Put A Smile On That Face: Introducing the SCUF Jester Infinity

The battlefields of the virtual world are flooded with all kinds of warriors: from noble soldiers to high-flying daredevils. But for some, the call to chaos and mayhem is just too good to pass up.

The SCUF Jester is for the player who looks to stir up pandemonium everywhere they go. Never satisfied with just winning, the Jester player looks at a game as an opportunity to put a smile on his opponent’s face: whether they like it or not.

Decked out in leering faces that will haunt the enemy’s dreams, the SCUF Jester’s soft touch finish can be customized with any of your favorite button colors and grips. 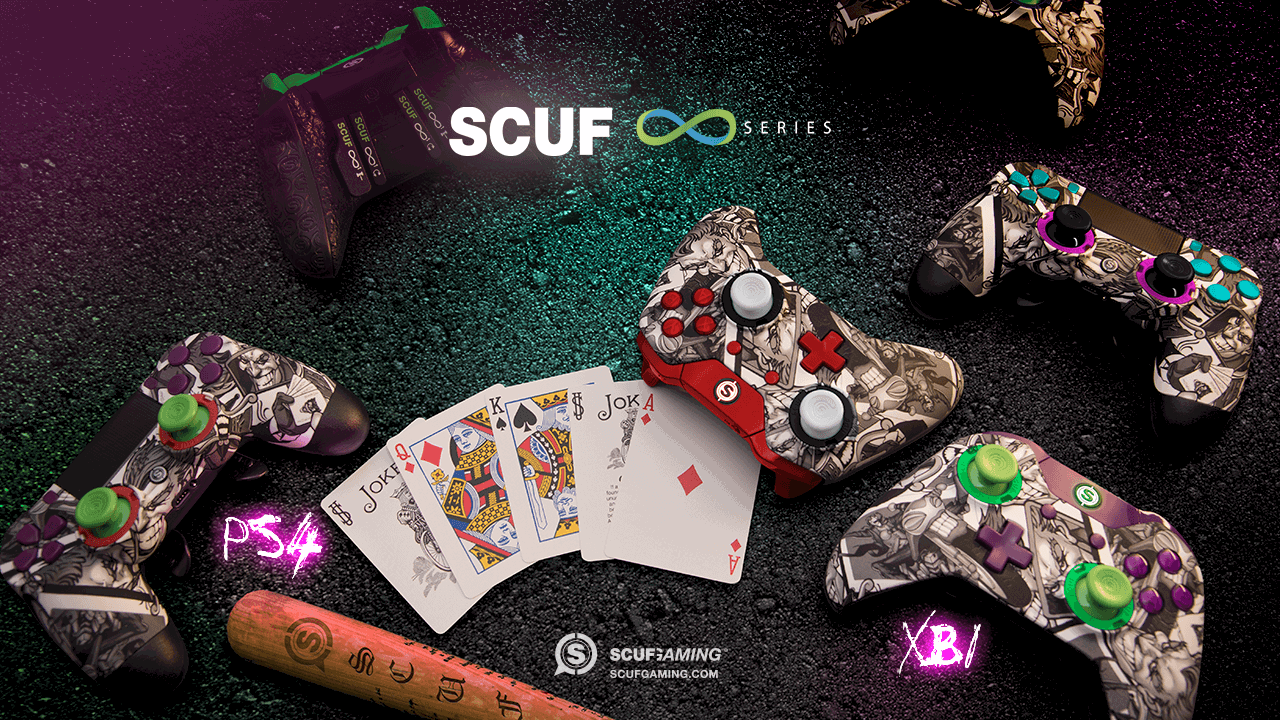 But it’s more than just a pretty face.

Each Jester is fully equipped with patented paddles, interchangeable thumbsticks and everything else that has made the Infinity Series controllers the number one choice of 90% of pro gamers the world over.

Get started with your custom SCUF Jester, click here for Xbox One and here for PlayStation 4.

Now get out there and hurt ’em really, really bad.