Scuf Gaming through Ironburg Inventions (Invention/ Patent subsidiary) is issued Gaming Controller Utility Patent; No 8,641,525 by USPTO, which relates to the activation of functions controlled on the reverse of a controller, named and referred to as Paddles by Scuf Gaming and now commonly known as such by the Gaming industry.

Duncan Ironmonger, CEO & Co-Founder Scuf Gaming/ Ironburg says; “Today is a very special day for all the SCUF Team, but especially myself and Simon Burgess who Co-Founded Scuf Gaming. We have been waiting several years for this Utility Patent to be issued and since the beginning we had the vision of Paddles becoming the de facto on a controller. We felt gamers needed to utilize more of their hand in a safe and ergonomic way, using only 2 fingers and thumbs to control 20+ functions makes little sense at the top level. Prior to SCUF paddles, the middle fingers of the hand were left redundant so we thought - lets use them! SCUF Paddles can increase the use of your hand by up to 100%. By using up to 4 paddles on the underside of your controller, you are able to improve your hand movement and perform move advanced moves.

"From our humble beginnings in early 2011, we have grown from grass routes into a Company which employs over 75 people and is respected and known by core gamers all over the World. We earned a very loyal Pro Gaming user base where over 85% of the Worlds Top Console gamers use SCUF for shooter games. We have invested millions of dollars into research and development and educating the Gaming World on safe ergonomic use of the controller at the top level. It is very rewarding to now be able to further protect that investment so we can continue to grow Scuf Gaming and create more innovative products."

With over 4 patents issued and another 12 pending, Scuf Gaming/ Ironburg specialize in creating gaming accessories to help improve your gaming experience. Duncan Ironmonger continues “Our controller ethos is centered around designing accessories that increase hand use in a SAFE natural way while improving comfort and reducing latency in an intuitive and ergonomic way - we call it SCUFOLOGY! – I would like to take this opportunity to thank ALL our partners, employees and customers - the people who have helped us get to where we are!”

About Scuf Gaming:
At Scuf Gaming, the primary focus for SCUF controllers are the functional features which go towards improving your game. Scuf Gaming offer many unique features which empower every gamer to personalize their controller to suit their gameplay. From paddles to trigger mechanisms to the shapes and sizes of thumbsticks, every part of a SCUF controller is about improving core performance so you can become the best gamer you can be! Scuf Gaming also offer many other accessories and products "TACTICAL GEAR FOR ELITE GAMER".
Visit www.ScufGaming.com for more information 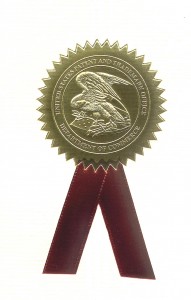 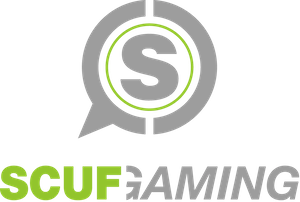