LG has become a household name globally in the esports scene in an impressively short amount of time, hosting some of the best teams and players in Call of Duty, Halo, Overwatch, Smite, League of Legends, Counter Strike, Hearthstone and World of Warcraft.

“We are proud to announce our partnership with Luminosity Gaming, an eSports organization that features some of the best professional gamers in the world. LG has built their eSports empire on the same values of dedication, hard work and passion that the Scuf Gaming brand represents, it seemed a perfect time to concrete our partnership as the Controller Partner for Console and PC. We are delighted to add them to #TeamSCUF, “ said Duncan Ironmonger, CEO & Founder of Scuf Gaming.

“A global leader in custom controllers, Scuf Gaming has been a staple in the console esports scene for years. With the recent signing of our Halo team along with our existing world class Call of Duty team, it only made sense to partner with the market leader, SCUF Gaming. The team at SCUF has consistently displayed a high level of commitment to their partnered teams and the community. Our players love for the product is unquestioned and now our fans will have the opportunity to support their favorite team with the best product!” Steve Maida Owner of Luminosity Gaming.

To celebrate this announcement, Scuf Gaming is offering a five (5) percent discount code off all products on their website, which can be redeemed by entering the code “LG” or “Luminosity” at checkout on http://www.scufgaming.com

In the near future, SCUF will be releasing a custom LG controller for Xbox One & PC. 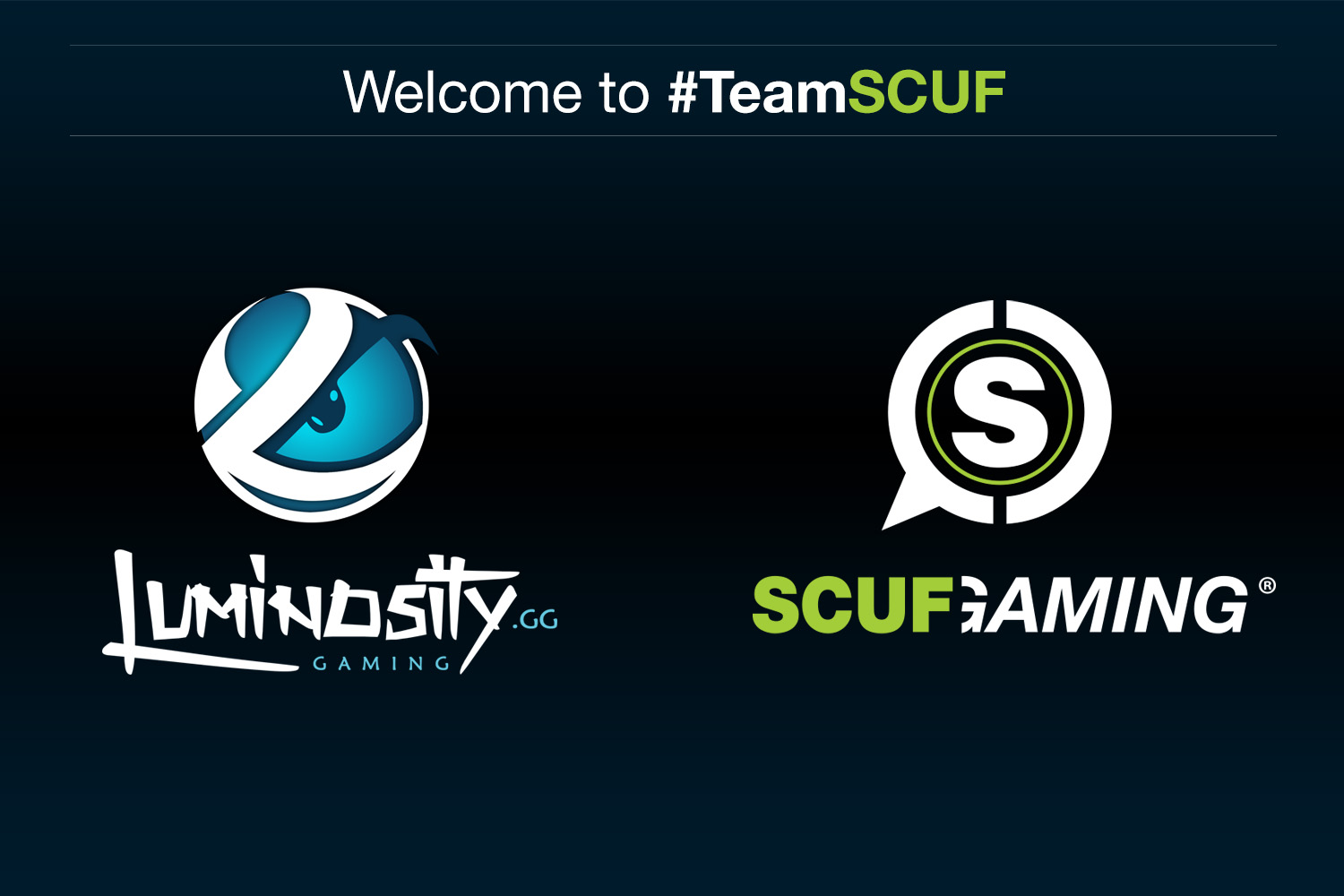 About Lumosity Gaming
Founded in February 2015 by Steve Maida, Luminosity Gaming, is a new eSports organization in North America. Our headquarters is located in Toronto, Canada. Our goal is to provide support to our athletes, allowing them to maintain a career in professional gaming. At the same time, we are emotionally invested in the growth of eSports and hope to contribute to it’s rapidly excelling growth. Over 50,000 followers collectively on social media. Currently competing in PC games such as Counter Strike Global Offensive at the top professional level in ESEA Invite, CEVO Professional, etc. We are actively exploring expanding into more games, with focuses on the more popular games such as League of Legends, Hearthstone, Call of Duty, Dota 2, StarCraft II, and more. Only being a few months old, our team at LG is extremely proud of our rapid growth and recent success placing 1st and 2nd respectively in ESEA Invite, and CEVO Professional. We have already established a loyal, ever growing fan base and look to make them proud in the coming months as we push to new heights in the gaming world.