"SCUF has been incredible to work with for as long as I can remember, you can tell they really care about their product and want to create the best gaming experience," says Eric "Snip3down" Wrona. My old controller settings didn't allow me to jump or even sprint without taking my right thumb off the joystick, causing me to lose aim for a short time. With the added functionality on a SCUF controller, I was able to keep my controller settings the same and use the paddles to remove that issue, giving me more control and a better shot. I am very excited to have SCUF as the official partner of Evil Geniuses."

In a game where reaction time is essential to a team’s success, having the right equipment is paramount. SCUF controllers offer increased functionality needed to play video games like Halo at the highest level so EG is delighted to be working with SCUF. To celebrate this announcement, Scuf Gaming is offering a five (5) percent discount code off all products on their website, which can be redeemed by entering the code “EG” at checkout on http://www.scufgaming.com

Duncan Ironmonger, CEO & Founder Scuf Gaming, “EG are a huge contributor to the tremendous growth and success of eSports and with their commitment to competitive Gaming, it seemed a perfect time to concrete our partnership as the Controller Partner for Console and PC. We are delighted to add them to #TeamSCUF. 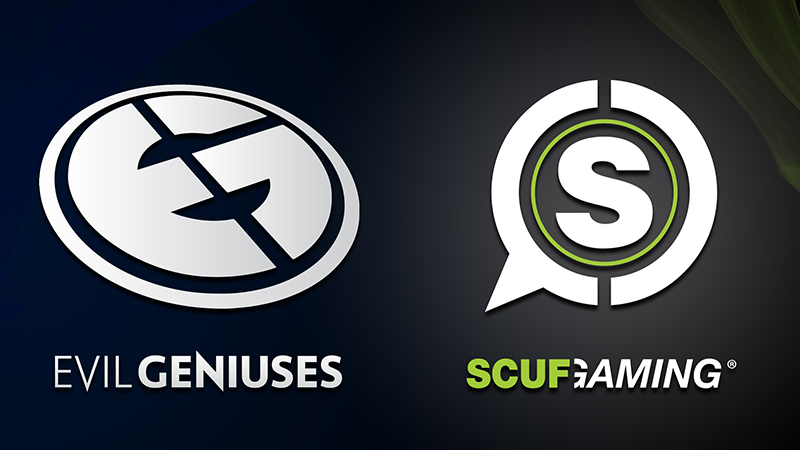 About Evil Geniuses
Founded in 1999, Evil Geniuses is the world’s best video game team. With championships from every major tournament circuit, the players featured on EG are the most storied and influential pro gamers within the e-sports industry. Monster Energy, T-Mobile, and Papa Johns are just a few of the many consumer brands who’ve aligned with the pro players and teams on Evil Geniuses in order to connect with the gamer demographic around the globe.