The 2016 MTV VMAs will be held on Sunday, August 28, 2016, at Madison Square Center in New York City and will be broadcast live in high definition TV and 5.1 surround sound on MTV at 9pm EST/PST. 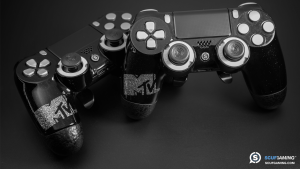 About Scuf Gaming
Scuf Gaming® is a Global Leader and Innovator in eSports, providing Tactical Gear for Elite Gamers - over 90% of the top Professional gamers in world use SCUF.