Breaking Down the Basics of Mortal Kombat 11 | Scuf Gaming
Please choose another country to see content specific to your location and shop online.

Breaking Down the Basics of Mortal Kombat 11

Mortal Kombat is a fighting game franchise by NetherRealm Studios that has been around for years since the very start of gaming itself. In MK11 there are a wide variety of characters to play from classic fan favorites like Scorpion, Kitana and Raiden, niche returning fighters like Skarlet, Jacqui Briggs, and surprising newcomers like Kollector, Spawn, and The Terminator. Each having their own unique playstyle and variations that give you a lot of room for fun.

In this guide, we’ll walk you through the basics that make up gameplay of MK11. If you’re learning a fighting game for the first time, this can be a great introduction to some key terms that can be universal across other fighting games.

BASICS
It can be very daunting to start getting into a fighting game for the first time. They’re both mechanically and intellectually challenging, and this guide will help break down some of the basics to help get started.

From a basics standpoint, there are a number of tools that make up your fundamentals as a player in a fighting game. Movement, normals, special moves, meter, etc. are all a part of your game plan to get the most out of your character. Let’s go over each of these to start.


MOVEMENT
In MK11, you can walk forward, and also perform a dash forward or dash back. (Also known as ‘Dash’ or ‘Back Dash’) This can be performed by tapping a direction forward or backward twice.


NORMAL MOVES
MK11 has 4 buttons you can use for your normal moves, which therefore makes it a ‘4 Button game’.

Fighting games typically use one of many kinds of notations so that there isn’t as much confusion between players of different consoles. The notation systems for different kinds of fighting games help keep things universal.

These basic moves are also referred to as ‘Normals’, essentially the shortened versions of ‘Normal Moves’. You might also hear these referred to as ‘Buttons’. If you hear someone say ‘This character has good buttons’ it means they have a strong set of normal moves.

This can be anything from a jab, uppercut, or sweep. Whenever you press one button, for example X, that is a standard normal. However, when you attach a direction to a button, Forward + X, it then becomes a ‘Command Normal’. This is because you have to enter a command or direction along with the normal in order to perform it.

So if someone calls an uppercut a command normal, it’s because it’s Down + the button used for the uppercut. In this case it would be Down + Y/Triangle. Now if we combine that with the notation used for MK11, an uppercut would be read as D2. D = Down in direction, and 2 = Y/△ as the button.

You also have access to normal moves while jumping. You can jump directly up (referred to as a ‘Neutral Jump’), jump forward (Forward Jump), and jump backward (Back Jump). When combined with a normal, you can get JF2. The difference between using 1,2 and 3 while jumping is that some can simply hit your opponent, and others can lead to a full combo afterwards. For example, JF3 most times hits your opponent and you won’t be able to follow up. However, with JF2, you can go into a combo string for even more damage.

ATTACK HEIGHTS
Each attack in a fighting game has a height that it hits the opponent. In MK11 there are Highs, Mids, Lows and Overheads.

The combination of moves with varied attack heights adds depth to your strategy. This can create situations for your opponent where they are forced to block in different directions on the fly, opening them up for high damage.

KOMBO ATTACKS
When you combine a series of multiple normals into a string, you have a Kombo Attack. In MK11 these vary from character to character. For example, these can be as simple as 1,1. Or, F+4, 2, 3.

Some of these Kombo Attacks have special properties that activate a Krushing Blow. A Krushing Blow allows you to extend your combo for higher damage. For Scorpion, 2,1,2 triggers a Special Blow if that sequence is used in a combo of 8 or more.

Depending on which character you choose to play, there will be certain kombo attacks that are more favored than others because of strengths like these.

THROWS & INTERACTABLES
You can also use a combination of buttons to perform things like a Throw, or Interactable. For example, 1+3 is used for Front Throw, and 1+3+Back is used for Back Throw.

For interactables, you use 1+2 to interact with objects that are around each stage. These are also bound to a hotkey in MK11, which you can also use on your paddles. This can be a great way to have quick access to each during play.

SPECIAL MOVES
Special moves are usually more complex than your basic attacks. If you’re familiar with games like Street Fighter, these are your Fireball, Shoryuken, and Tatsumaki moves. Special moves help define a characters playstyle and give them tools for creation when it comes to combos, setups, etc.

AMPLIFIED MOVES/ENHANCED MOVES
You have two bars of meter each for offense and defense which are displayed in the bottom left or right hand of your screen. Certain moves in MK11 can be ‘Enhanced’ or ‘Amplified’ with the meter you have available.

For example, Scorpion's Demon Dash can be amplified to knock the opponent up further for additional damage on your combo. Amplifying certain moves can give you access to extra damage and combo opportunities that you wouldn’t have otherwise. Using this tool at the right time can be very powerful for getting all the damage you can out of a situation.

In fighting games, meters are built up in a number of different ways. For MK11 your meter will regenerate automatically.

FATALITIES
One of the features of Mortal Kombat that has defined it for years is its Fatalities. Gruesome, gnarly, and ultimately satisfying, these can give an awesome finish to the end of an already great match.

To perform a Fatality in MK11, it has to be performed when the opponent’s health is at 0. Be careful, because any move you hit with that isn’t the Fatality button sequence will end the match. When you perform a fatality, you need to stand at 1 of 3 different ranges to perform it. (Some fatalities are unique in that they do not require a specific range or position) The 3 ranges are Close, Medium, or Far. Once you’re in the correct range for your Fatality, you have a short amount of time to perform the specific button sequence.

Also, you do not have to unlock a Fatlity’s inputs in order to perform it. You can unlock the Second Fatality for a character by finding the Input for it online, and then performing it in Fatality Training Mode.

PICKING A KHARACTER
We’ve covered a lot of information in this guide so far, and learning your first fighting game can be overwhelming. When you pick your first character, don’t worry about how difficult the character might be, play who you want to. If a character looks cool to you, you will most likely have more fun learning who you want to rather than a character that was suggested because they are more basic. It will most likely feel more rewarding to learn with the character you want to even if you’re not accessing every tool they have available at first.

There are plenty of character guides that are available online for each character that can help pinpoint the best moves for that character, and their gameplan overall.

FROM TRAINING ROOM TO REAL MATCH
When it comes to getting the most out of your time in a fighting game, it’s good to balance some of your online play with training mode practice. It might not feel as fun at first, but it can be very rewarding to pull off something in a real match after spending the time in training mode to get it down.

From starting out when you learn a character, we suggest creating a basic set of these fundamentals to help become well rounded.

Building upon these fundamentals will help for when you’re in a real match. As you get more comfortable with your character it will be easier to find new ways to expand upon your gameplay strategy.

SCUF controllers are bridging the gap between traditional controllers and fightsticks to help you on your journey to improve. 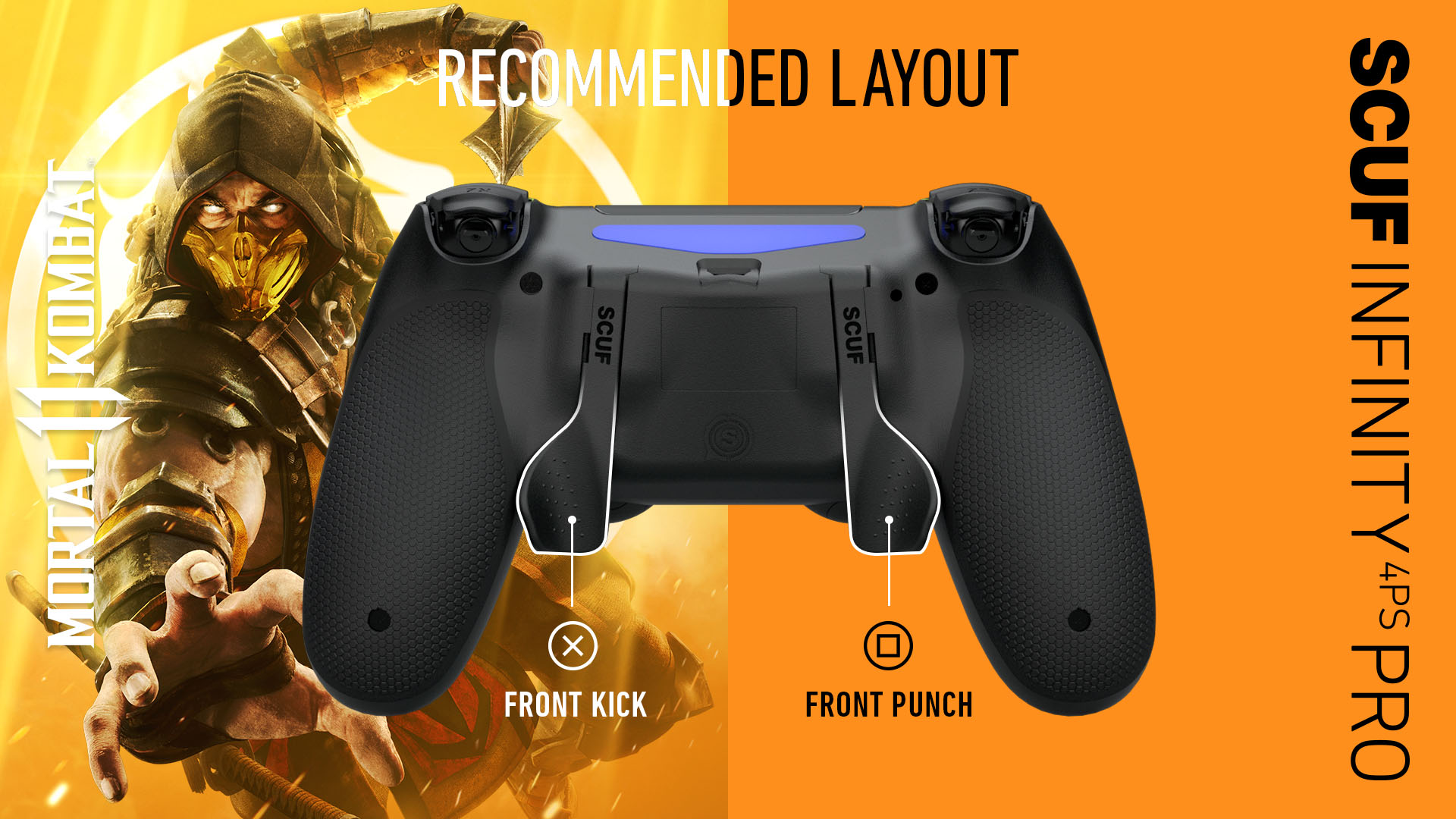 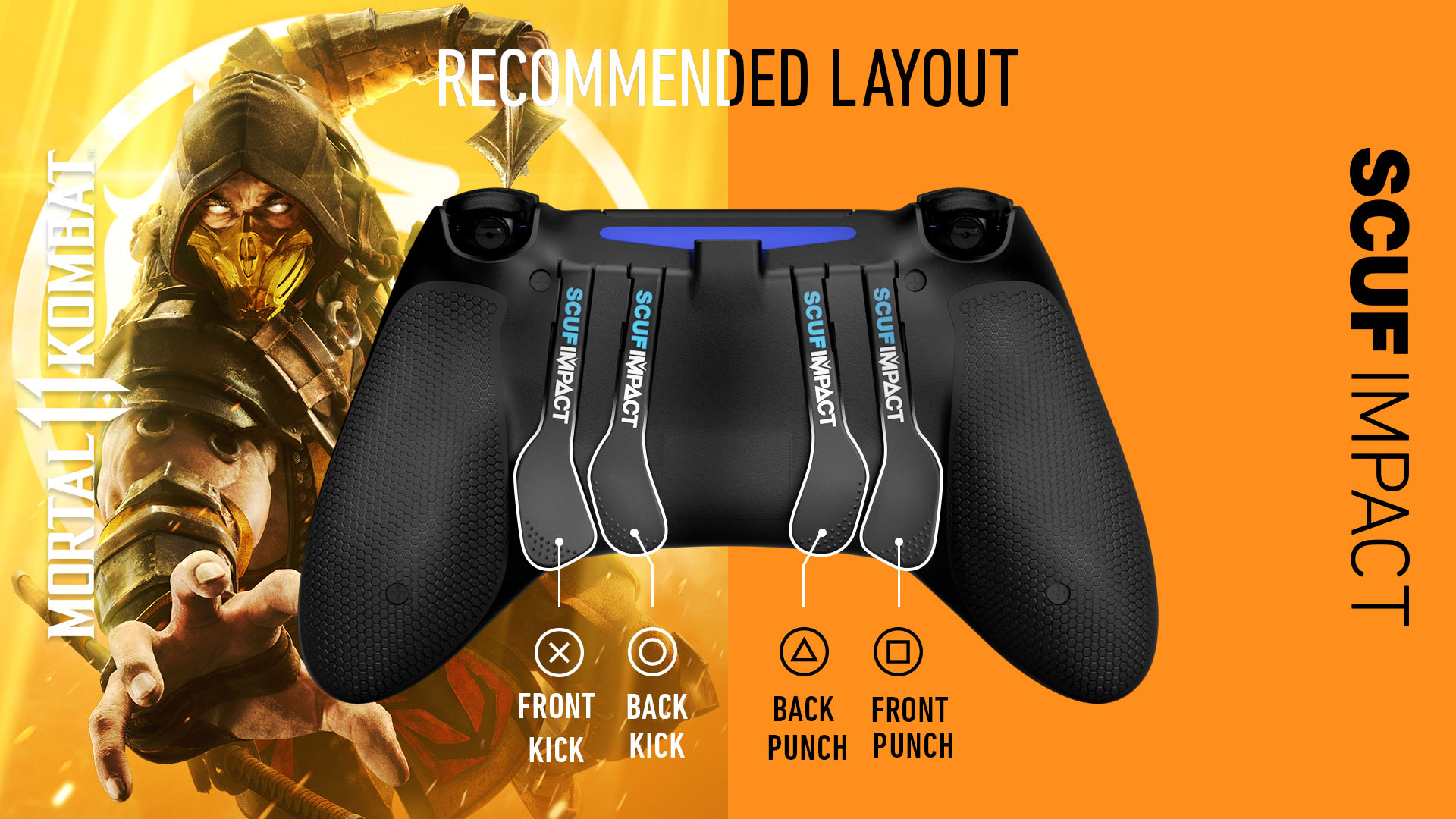 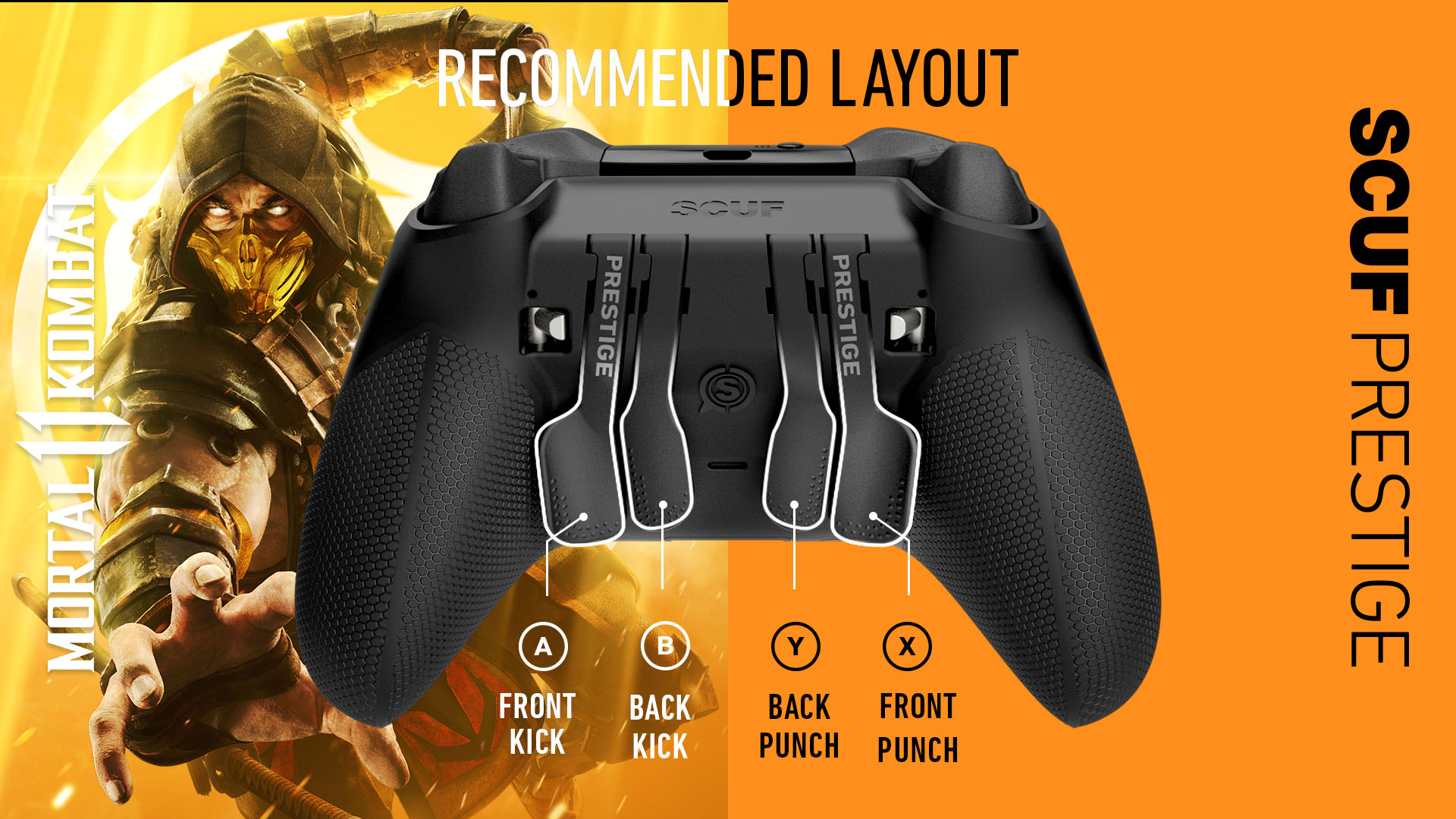 To give you more control over your movement and be quicker, we recommend using a short concave thumbstick on the left. You’ll be able to really dig in to have precise movement if you prefer using thumbsticks over the D-Pad.

While you’re playing for hours on end to up your game for your next 1v1 and a tourney, high-performance grip will reduce slippage and increase comfort during long hours of play. Don’t let sweaty hands get in the way of your grind to improve.

Now that you’ve gone through the basics, learned how to create a game plan for your favorite character, and how SCUF can help improve your performance, it’s time to take it to the stage and play. The more you practice, the more you’ll improve. Let us know how you’re enjoying the game over on  Twitter, Instagram, Youtube, and Facebook.