The long awaited Marvel's Avengers by Square Enix is here, released on September 4th, 2020 for PS4, Xbox One, and PC (and soon to be on PS5, Xbox Series X/S). Whether you’re playing the single player campaign to embrace your powers as Kamala Khan aka Ms.Marvel or playing as your favorite Avenger in the multiplayer co-op, we have the best recommendations to improve your gameplay. 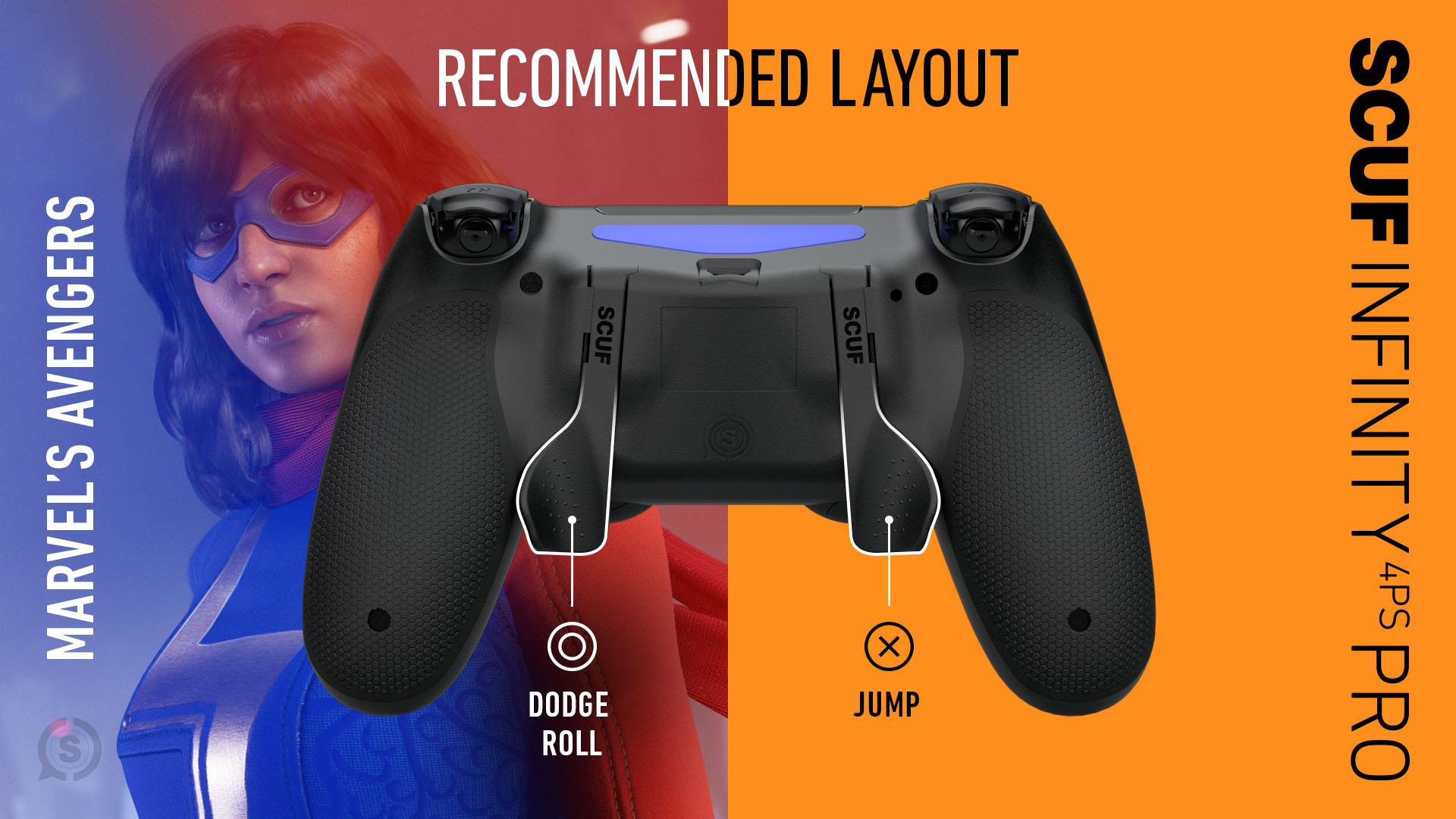 When you’re in the middle of an intense fight with lots of enemies, you want to focus on hitting your combo attacks rather than dodging out of the way. With this layout, you can easily press your right paddle to dodge incoming attacks while focusing on your combos to take your enemies out. You can also use the paddles in tandem with the face buttons to perform combo attacks a little quicker. 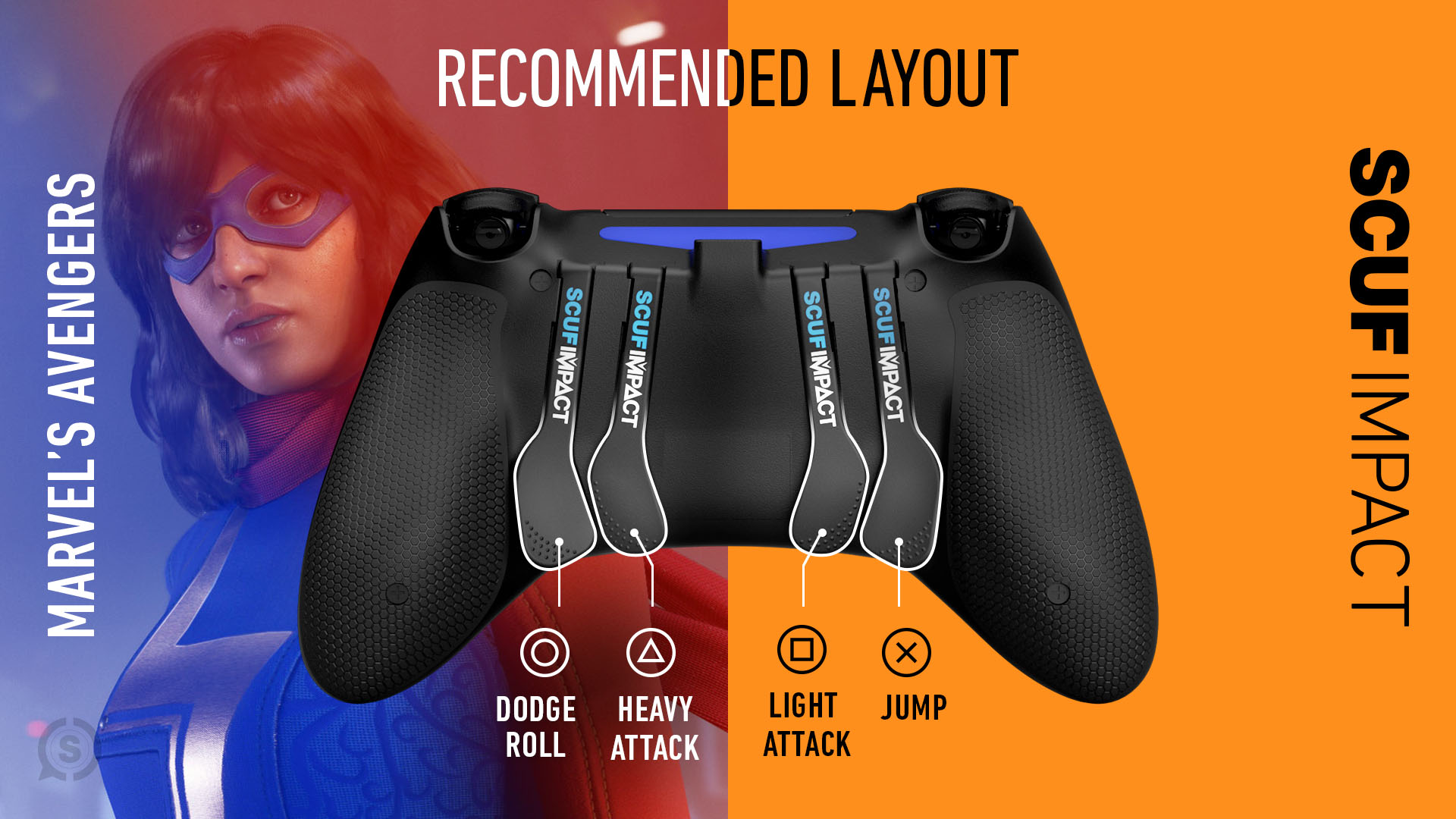 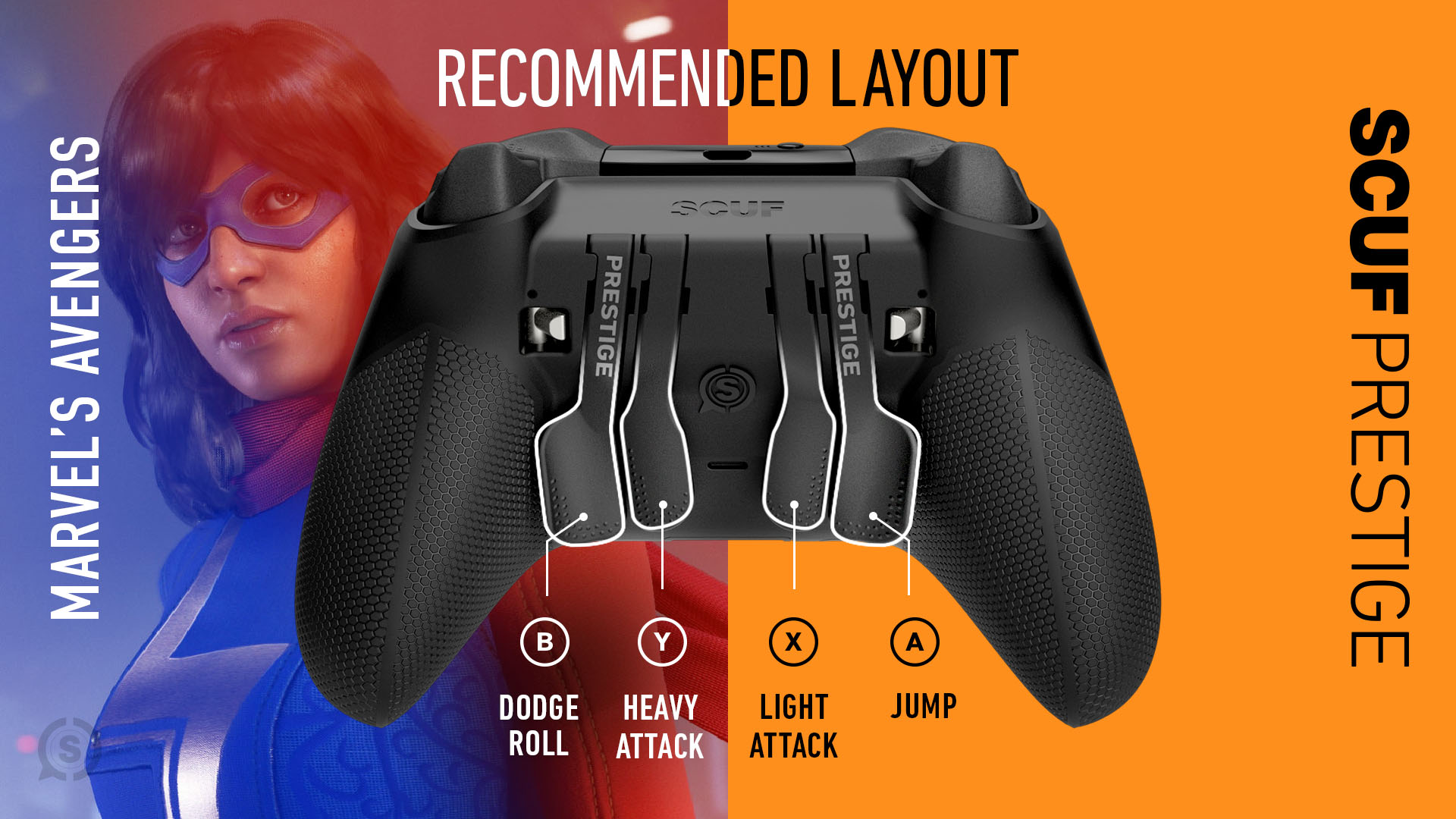 Planning on grinding for gear for hours or you’re too hooked on the campaign story to stop playing? High-performance grip will keep your head in the game and reduce sweat during long hours of gameplay. A lot more comfortable, and no worries about slipping up.

Thumbsticks are an unique preference for each person as we all have different hand sizes and play styles. Since SCUF thumbsticks are interchangeable, you can try out different combinations to suit you.

Either way, try out different styles and heights to see what works best for you.

Check out our other game guides.