From the creators of Sly Cooper and Infamous, Sucker Punch Production is back with a whole new game: Ghost of Tsushima exclusively for the PS4. Set in Feudal Japan, the story centers around Jin Sakai, one of the last samurai on Tsushima Island after the Mongols began their first invasion of Japan. Ghost of Tsushima is a beautiful open world that is yours to explore however you see fit - from adventuring to taking out Mongol camps to customizing your gameplay.

Ghost of Tsushima has a lot of options of things you can do from exploring to combat to story, so here are some key tips to help you the most while you play, especially starting early on.

Below are some key points to master your samurai combat skills. Combat in this game is very fluid and nuanced, almost like dancing once you get it right.

If you’re someone interested in parrying attacks, you need to focus on your timing. You can parry an incoming attack by pressing block (L1) right when an enemy swings at you. If done successfully, you will have an opening to attack before they regain their composure.

At first, you’ll only be able to dash out of the way, but you can upgrade to roll out of the way. This is especially important if you see red gleams aka unblockable attacks, so you can dodge out of harm's way.

There are circles in the bottom left corner also known as your Resolve. You just need to press down on the D-Pad to heal, and it’ll use some of your Resolve.

How to Replenish and Increase your Resolve

Just like Ghost of Tsushima allows you to tailor your gameplay as you see fit, you can customize your SCUF to how you like to play.

One thing to note in Ghost of Tsushima - there is no lock-on system. This adds to the immersion and the feel of nuanced combat - but sometimes it makes looking around while fighting tricky.

If you particularly struggle with this, try adding some of your attacks and dodge onto your paddles. It may take some getting used to, but it’ll keep your thumb on the stick to look around; particularly useful if there are a lot of enemies around. 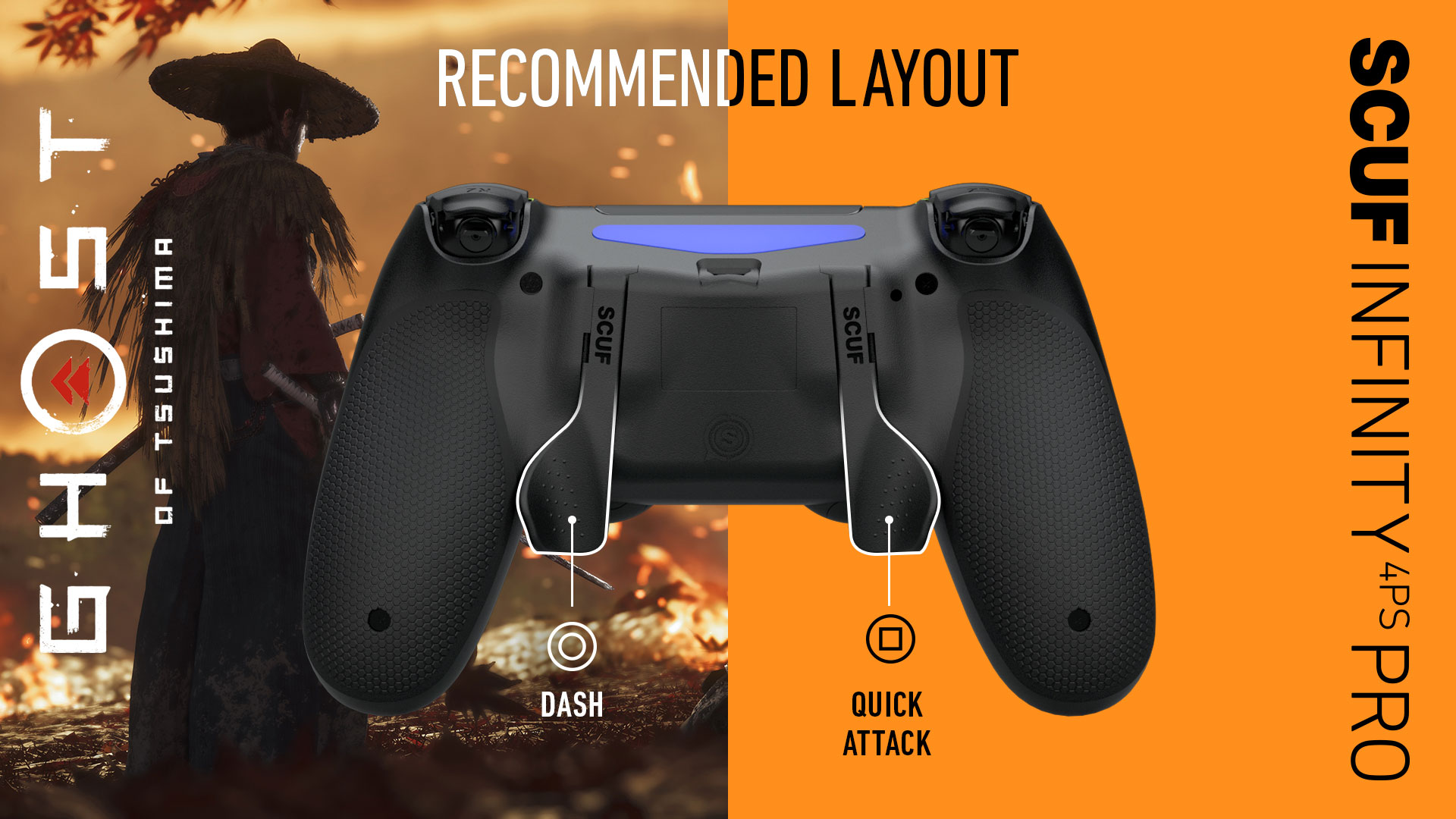 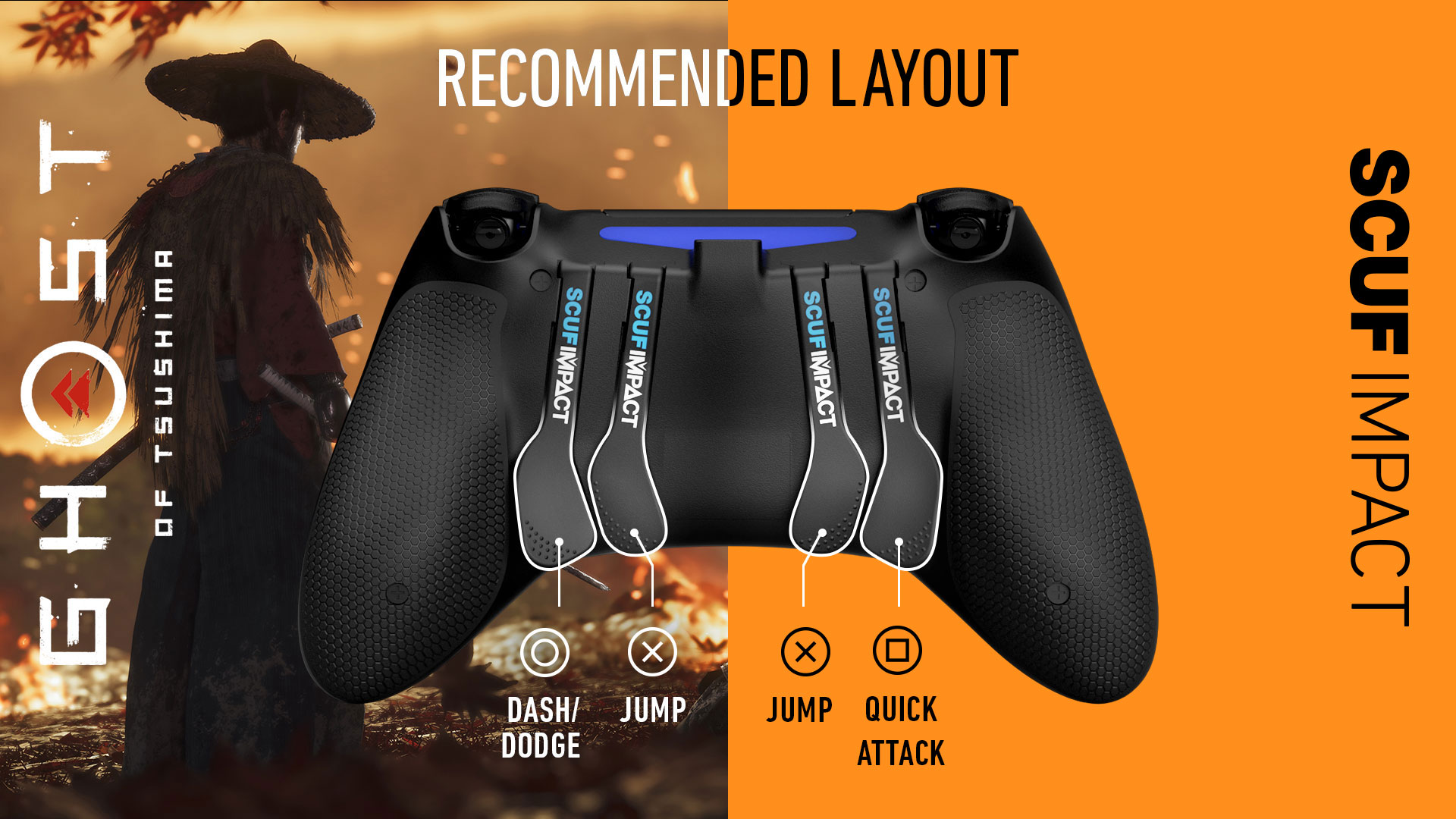 To give you more control over your movement and looking around (due to the lack of a lock-on system mentioned above), we recommend using two short concave thumbsticks. You’ll be able to really dig in to have precise movement and viewing, but also be able to do so quickly.

While you’re playing for hours on end to explore Tsushima Island and fighting Mongols, high-performance grip will reduce slippage and increase comfort during long hours of play. Don’t let sweaty hands get in the way of your adventure.

Take advantage of the tips throughout this guide to take back Tsushima from the Mongol Invasion. Enjoy exploring, killer combat, and being honorable in the latest samurai game for PS4, Ghost of Tsushima. Let us know how you’re enjoying this gorgeous game over on  Twitter, Instagram, Youtube, and Facebook.