Getting Started in Rocket League with SCUF Basics | Scuf Gaming
Please choose another country to see content specific to your location and shop online.

Getting Started in Rocket League with SCUF Basics

Rocket League is high-speed and fast paced; you need to be able to quickly move and turn while boosting and powersliding. Gain the advantage with SCUF’s Paddles to have more flexibility to change directions while performing the essential functions without sacrificing your movement and aim.

Let’s start with learning how to use the Paddle Control System: Starting with the two outer paddles.

Practice using only the paddles for these functions and ignore their face buttons during gameplay. 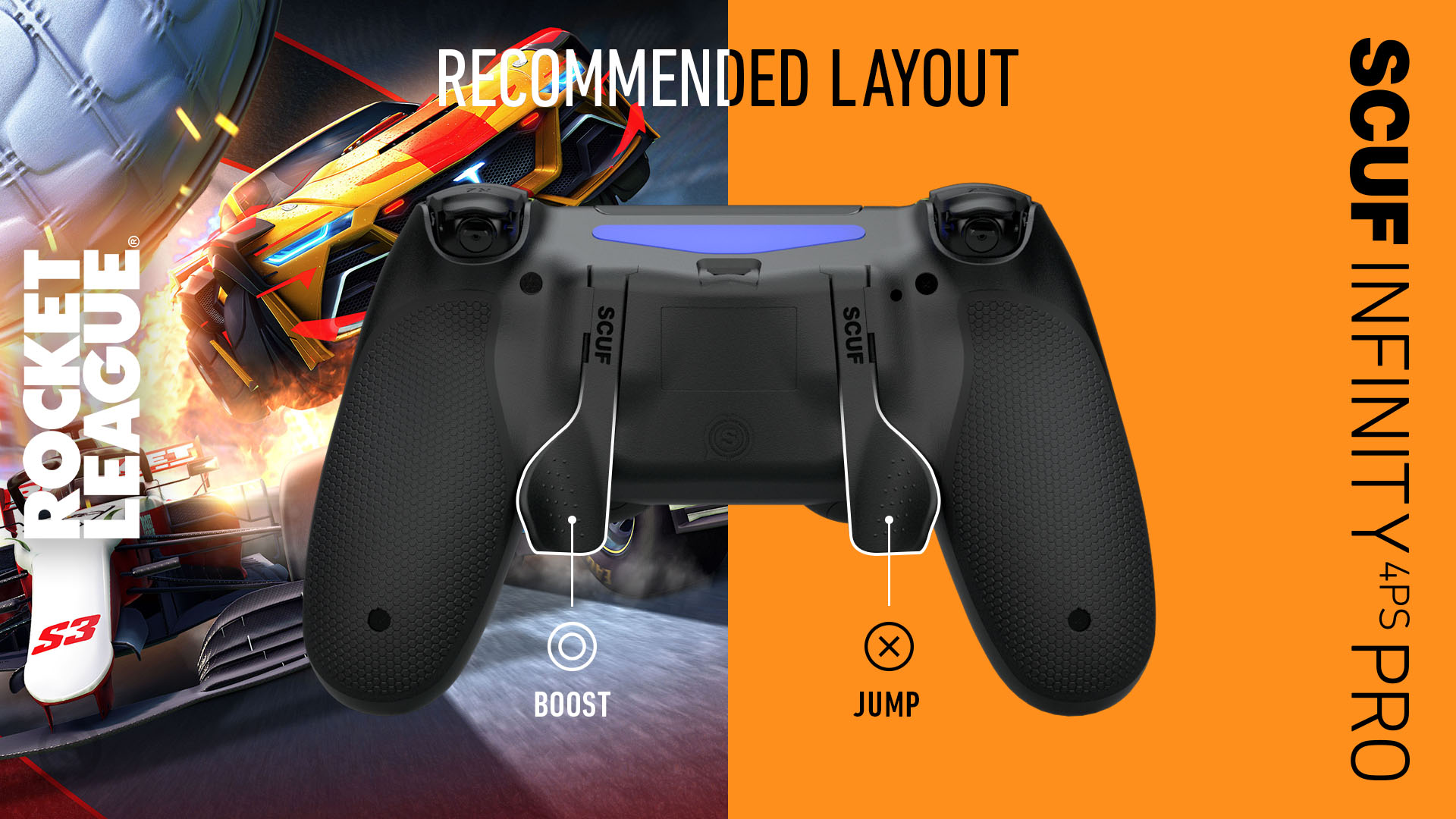 While the SCUF Infinity4PS PRO for PS4 features two paddles, the IMPACT for PS4 and the Prestige for Xbox One X|S have four paddles available.

Having more Paddles available allows you to use more of your hand to perform all your necessary functions while steering and aiming. Powerslide and perform aerials while freeing up your right thumb to maintain the course.

Boost, Powerslide, Jump, and Focus on the ball while constantly changing up directions all while having your thumb on the thumbstick ready to keep sight on the ball. 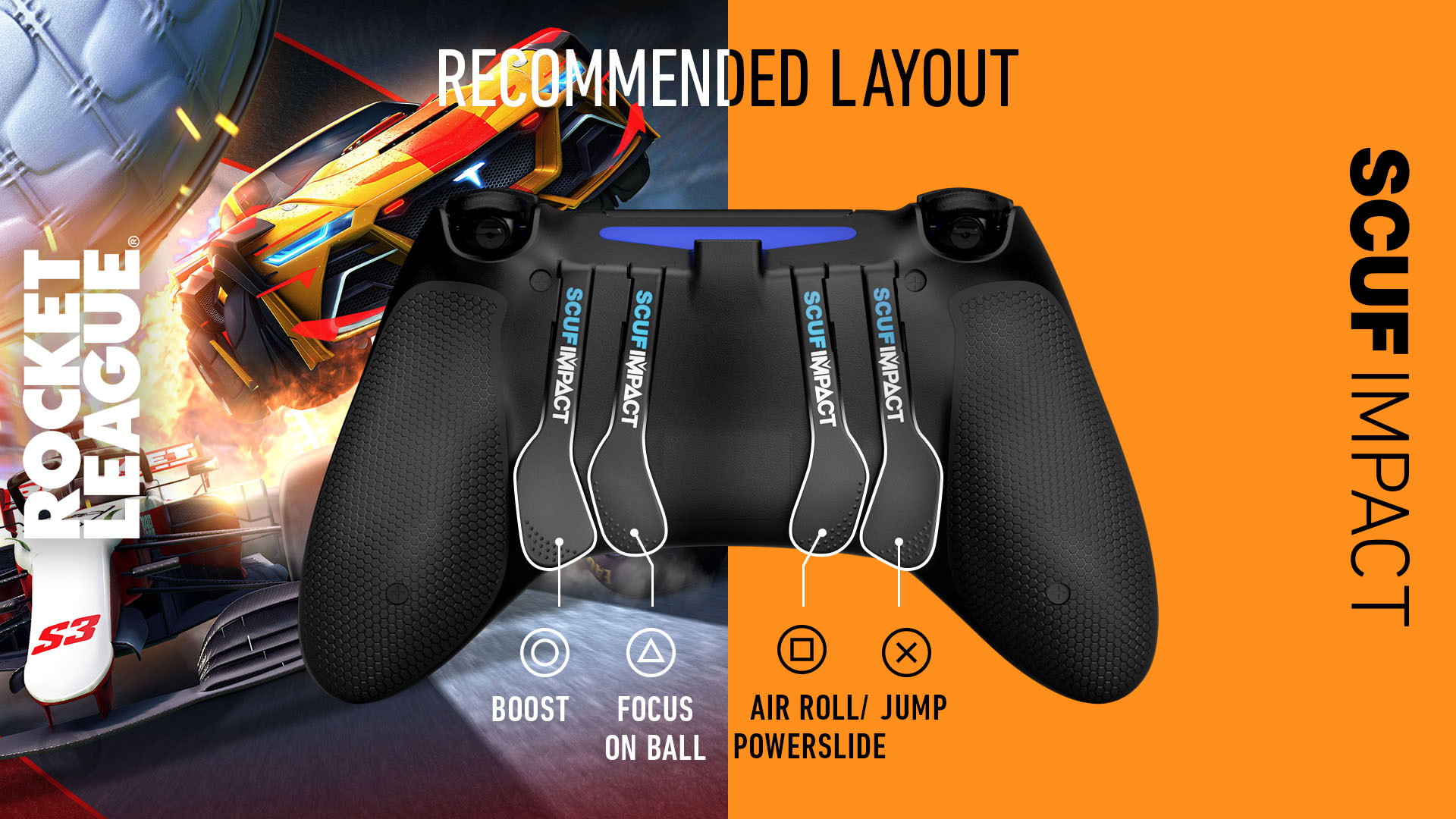 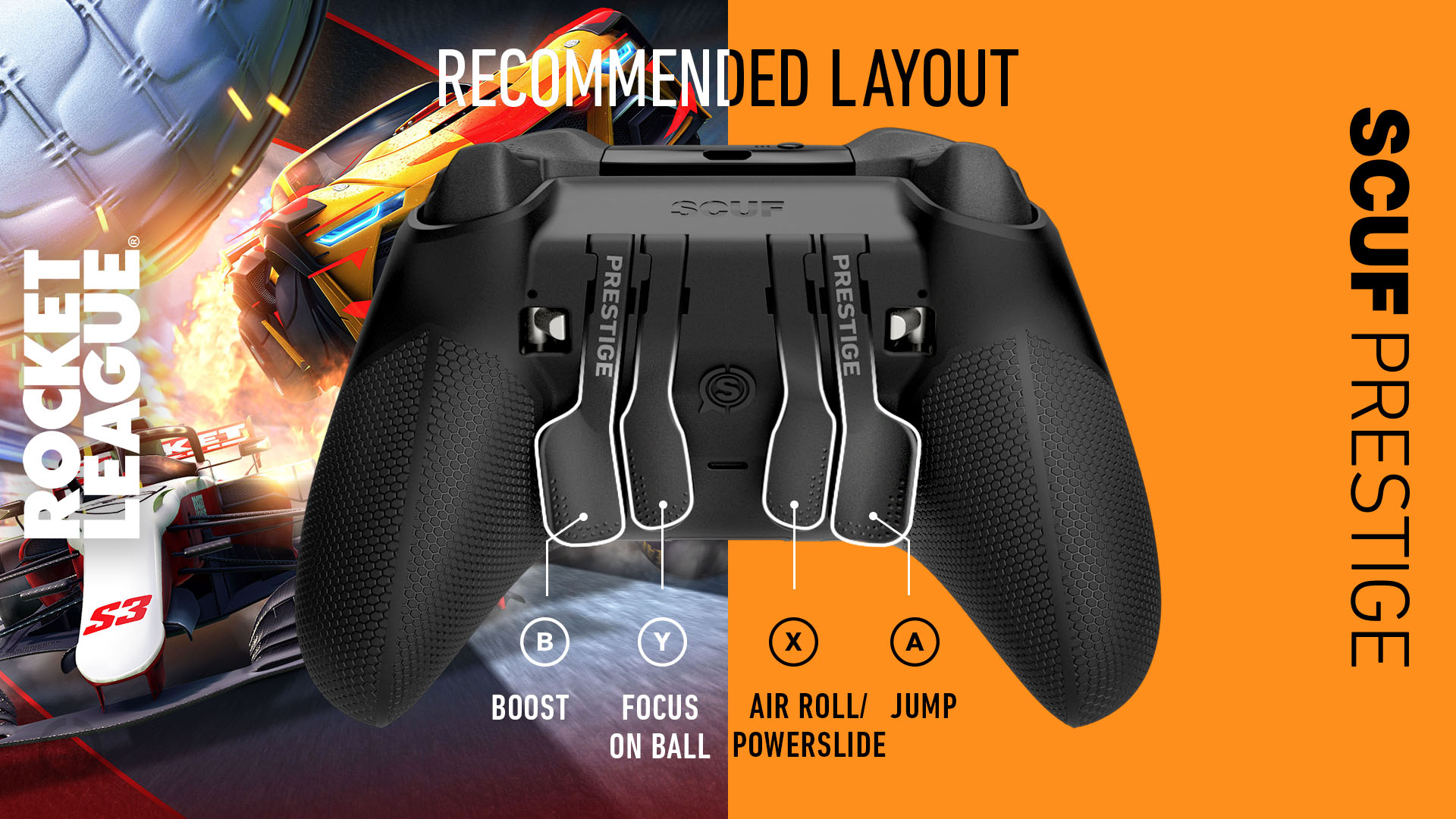 Now that you’ve mastered the paddles, now you can remap to different playstyles. For instance, if you may find you prefer having Air Roll/Powerslide (Square on PS4, X on Xbox) on the outer left to drift more easily and compliment the Boost on the right.

Remap the paddles by using our EMR Mag Key: press and hold the button you want to map to your Paddle.  When finished, remove the EMR key and you’re ready to go. You can tailor your SCUF to suit your playstyle.

Now that you've gotten started, check out our other Rocket League guides:

Improving Your Aim in Rocket League

Rocket League is a vehicle based soccer game by Psyonix is available on PS4, PS5, Xbox One, Xbox One X, Xbox One S, and PC.