Getting Started in Doom Eternal with SCUF Basics

Doom Eternal returns to where the story left off in Doom 2016, but with even more heart racing action, new puzzles, and more story. This time around is a lot tougher than ever before, so we're going to start with the basics to get ready to conquer hell's demons.

At a baseline, Paddles give you a huge advantage than without. You can keep your thumb on the thumbstick to aim while using other key functions like jumping, dashing, using the chainsaw and using flame belch.

If you’re used to playing without Paddles, you may find them a little strange at first. With practice, you’ll see why Paddles make a difference when you play; you may even find you don’t want to use the face buttons when playing anymore.

Begin by using the paddles to Jump and Crouch/Slide while ignoring their face buttons during gameplay. No worries if it takes a little bit of time to get used to. 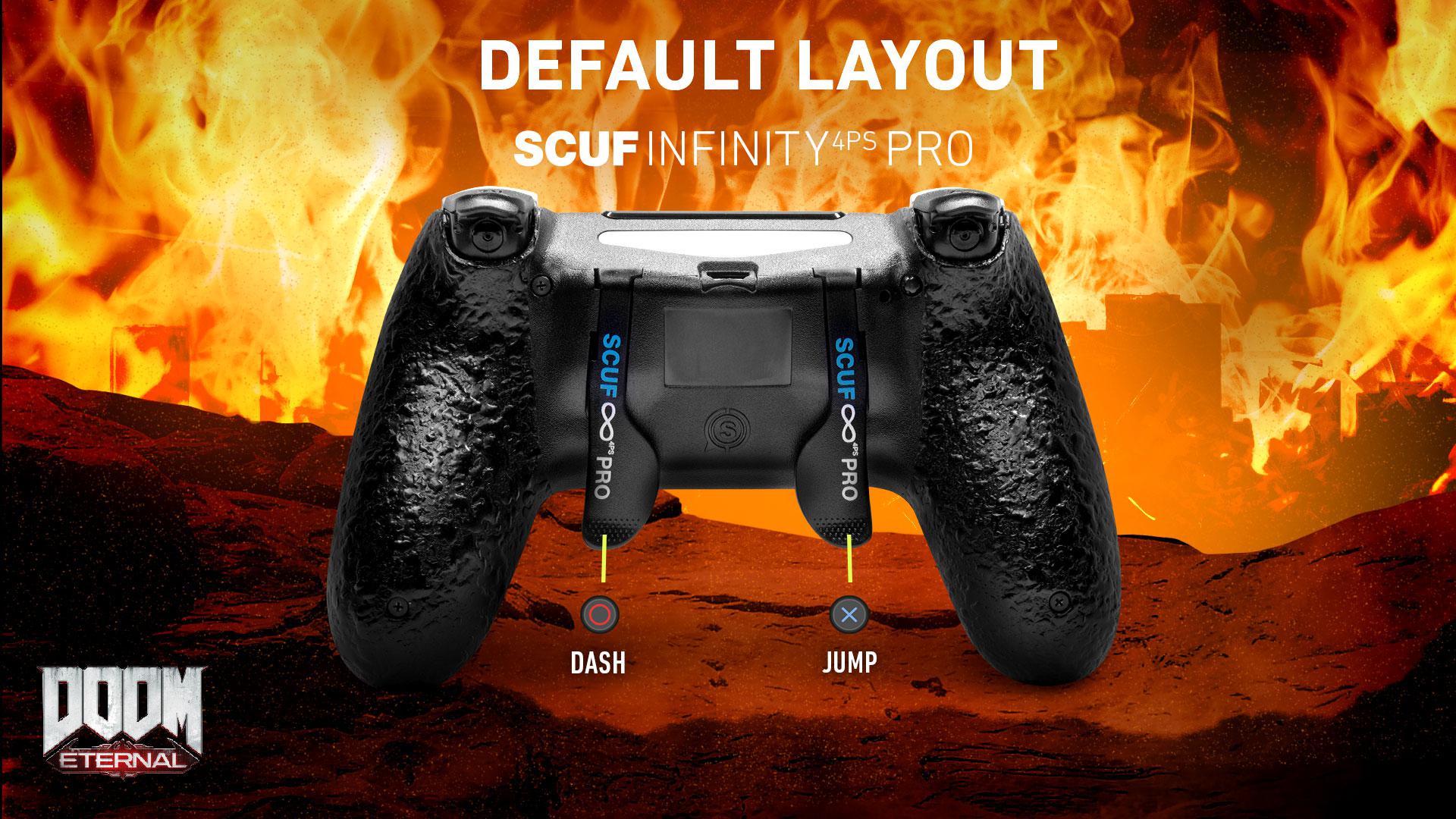 Having more Paddles available allows you to use more of your hand to perform all your necessary functions while aiming. Now with the additional two paddles, you can begin to use the Chainsaw and Flame Belch as well.

These actions are unique in Doom Eternal as the Chainsaw causes enemies to drop ammo which can be in short supply during the onslaught of enemies coming at you.

The Flame Belch is similar, but instead of Ammo enemies drop armor while they burn. 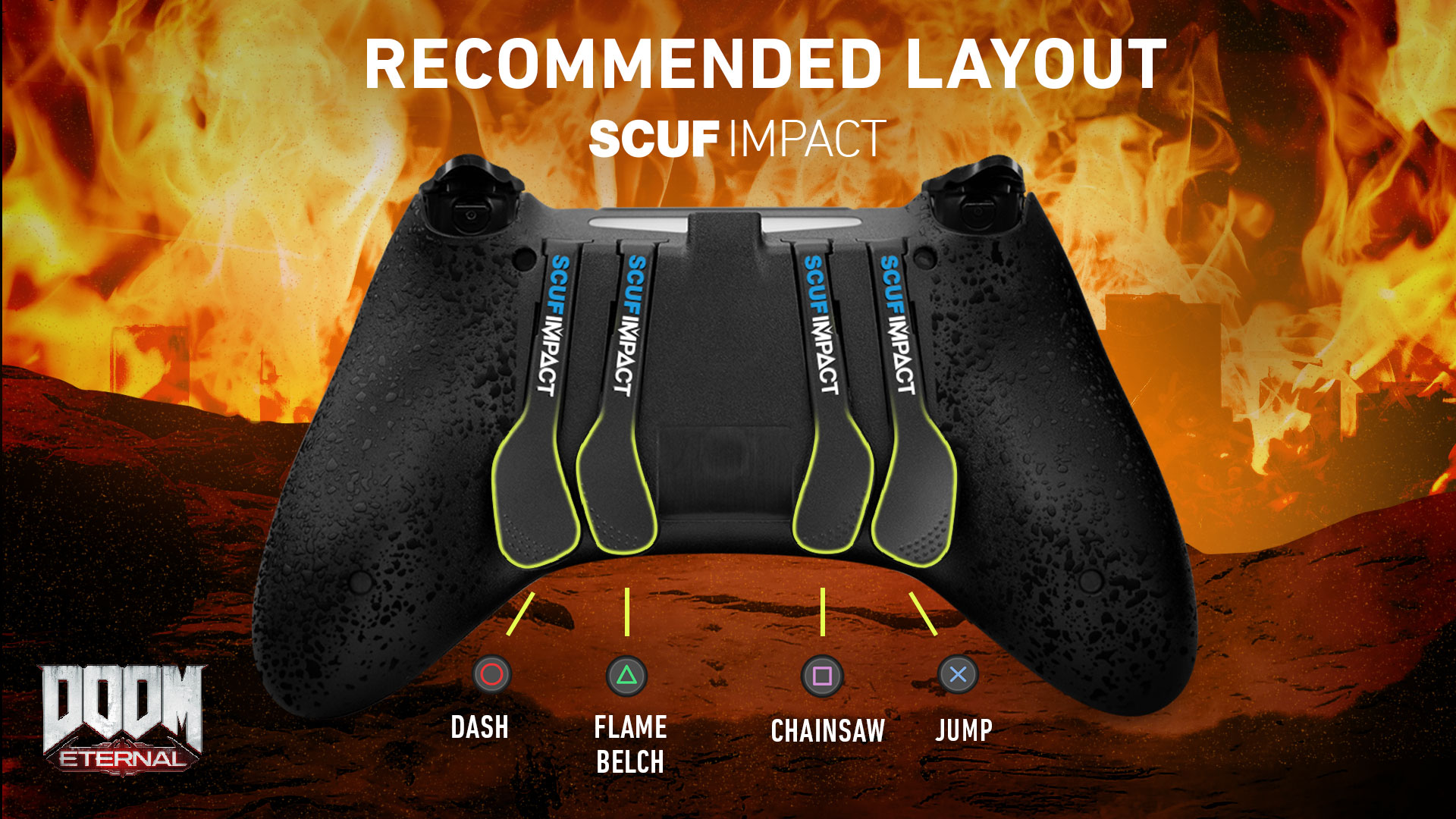 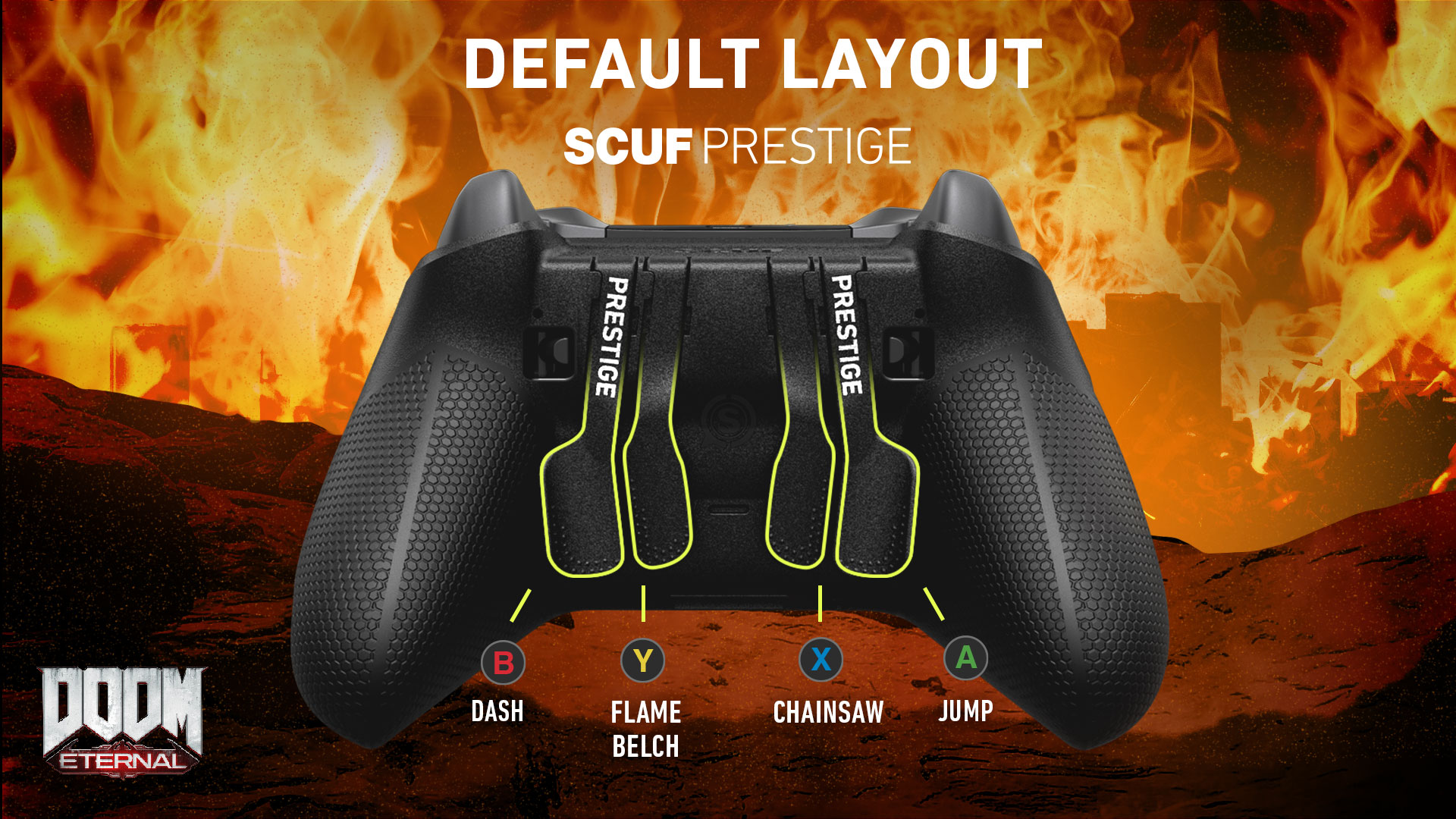 Now that you’ve mastered the paddles, now you can remap to suit your preferred playstyle. We recommend it switching up from the default for Doom Eternal. 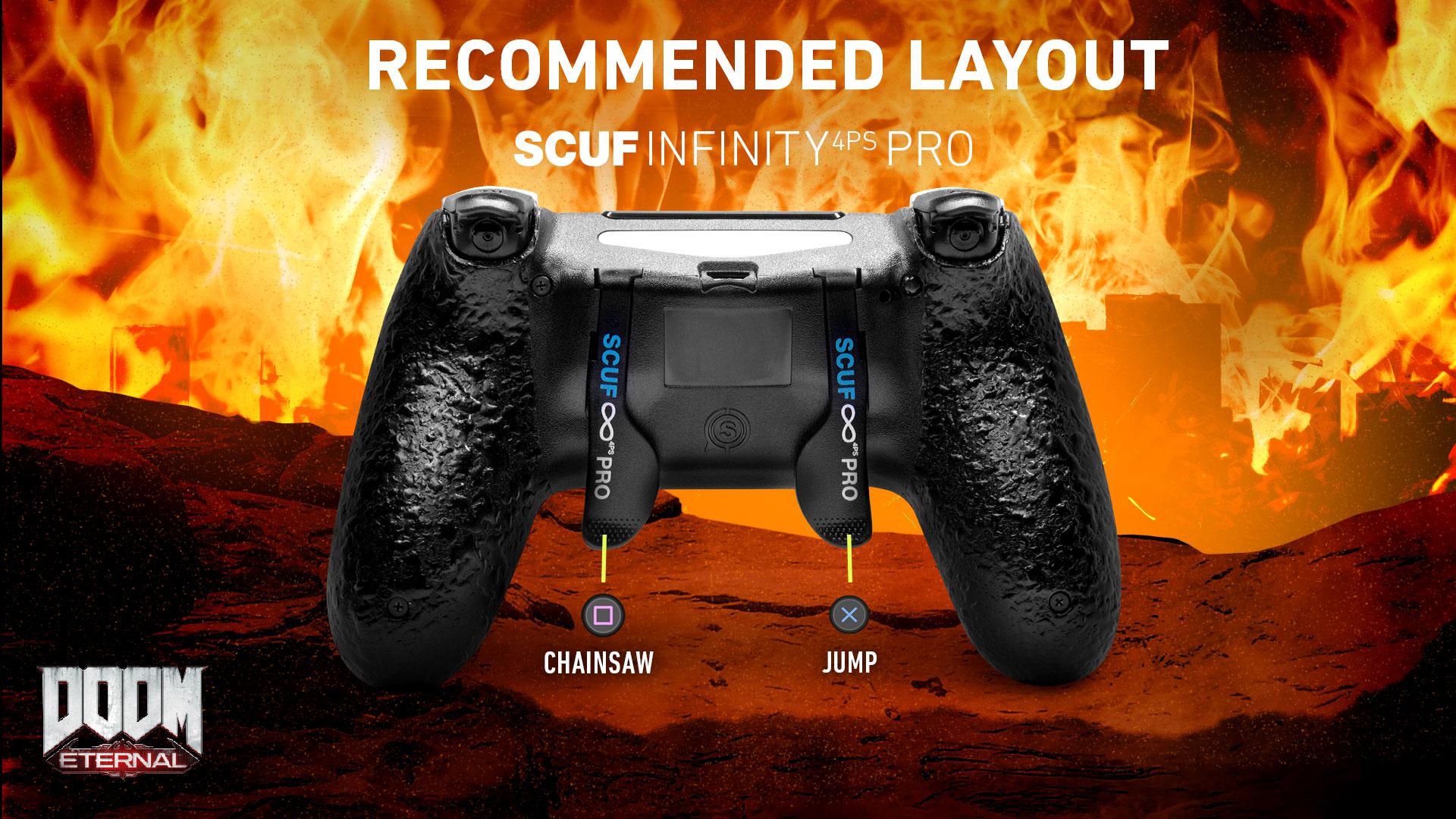 For the SCUF Infinity4PSPRO, we recommend swapping out Dash (O on PS4) for Chainsaw (Square on PS4) on the right paddle. It’s far more frequently used since it can give you back some much needed ammo. 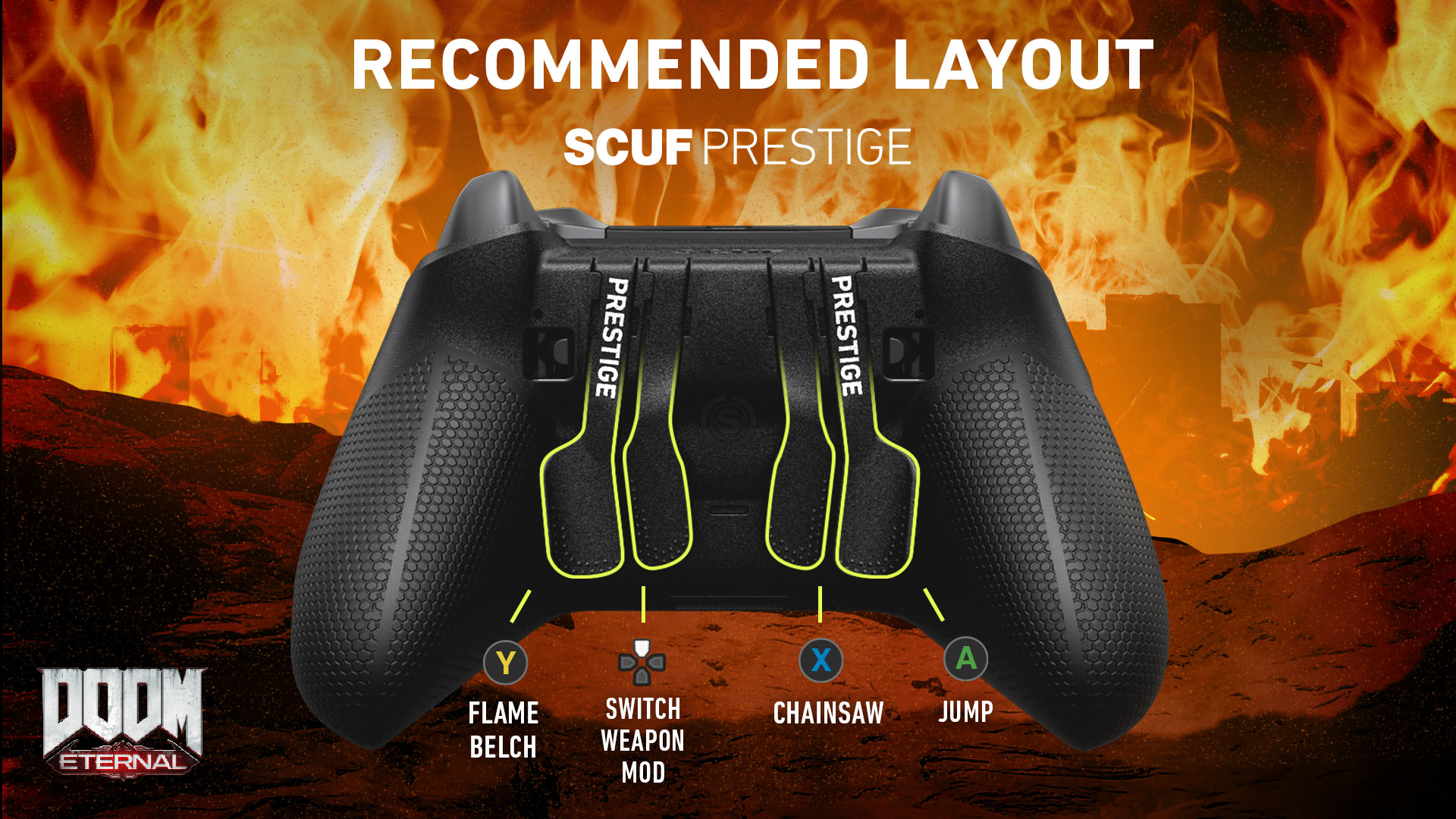 For the SCUF Prestige, we recommend mapping Flame Belch (Y on Xbox) to the Outer Right Paddle and Switch Weapon Mod (D-Pad Up) to the Inner Right Paddle.

This will give you the ability to change your weapon mod as needed while navigating the area and gaining ammo and armor when waves of enemies are coming your way.

In the meantime, check out our other Doom Eternal below:

Improving Your Aim in Doom Eternal

Doom Eternal is a first person shooter by id Software and Bethesda studios that released for PS4, Xbox One, and PC on March 20th, 2020.