Getting Started in Borderlands 3 with SCUF Basics

The biggest advantage you can gain in Borderlands 3 is the ability to keep your thumb on the thumbsticks while using essential functions like jumping and reloading.

Mastering these two paddles will help you dodge your enemies, perform cool trick shots and gain the upperhand by jump sliding and doing damage with the ground slam without taking your thumbs off the thumbsticks.

While our SCUF Infinity4PS PRO for PS4 features two paddles, the IMPACT and Vantage for PS4, as well as the Prestige for Xbox One have four paddles available.

Having more paddles available means that you can transfer more actions previously used with your thumbs to your back fingers to become faster and keep full control of your aim.

In a Loot ‘n Shooter like Borderlands 3, picking up items quickly and efficiently makes life easier with so many more items to pick up, and paddles vastly improve the experience.

Conquering all four paddles will give you the biggest advantage to quickly Jump, Reload/Use Items, Swap Weapons, and Slide/Crouch/Ground Slam all while keeping your thumb on the thumbstick, ready to aim. 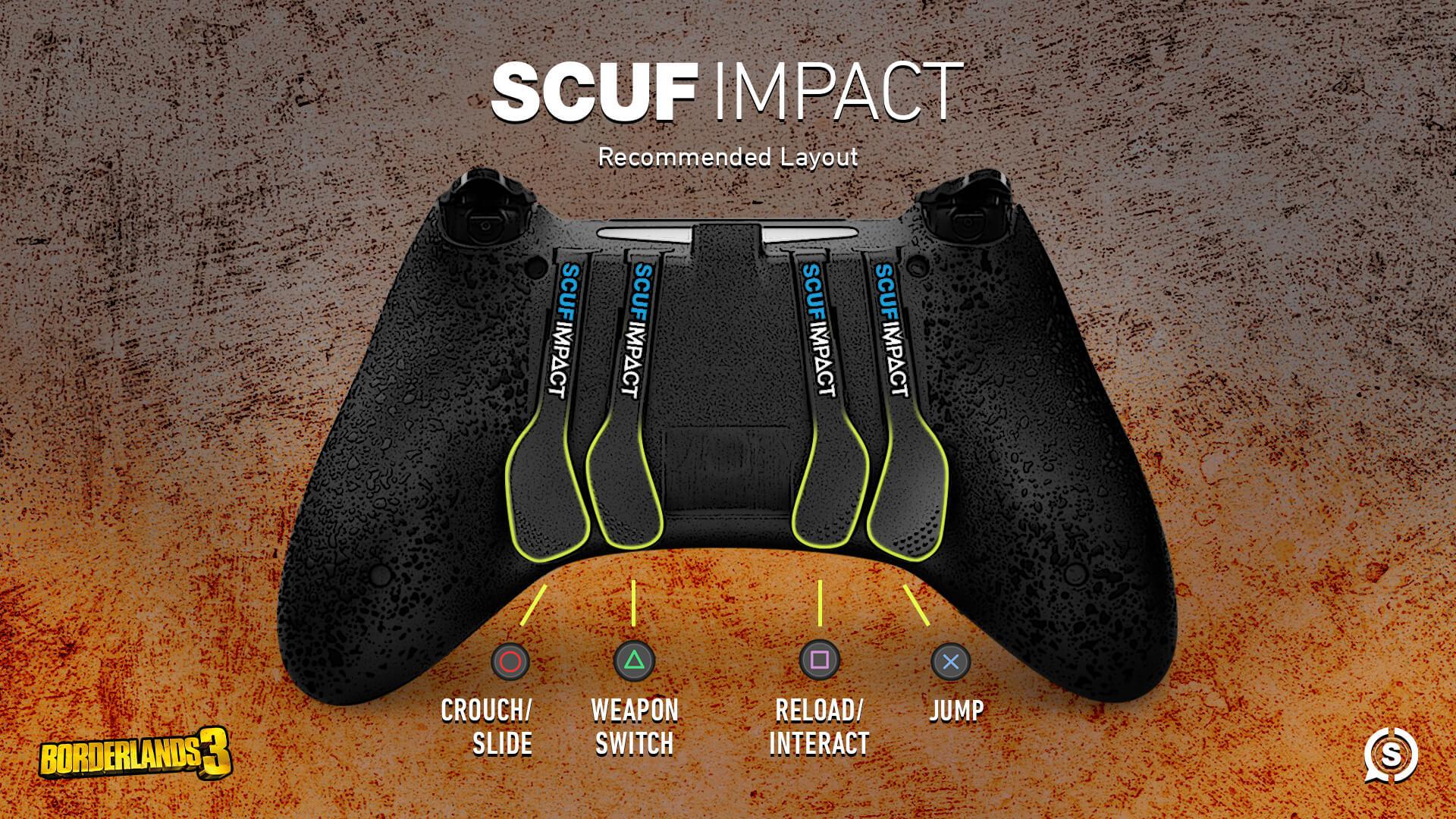 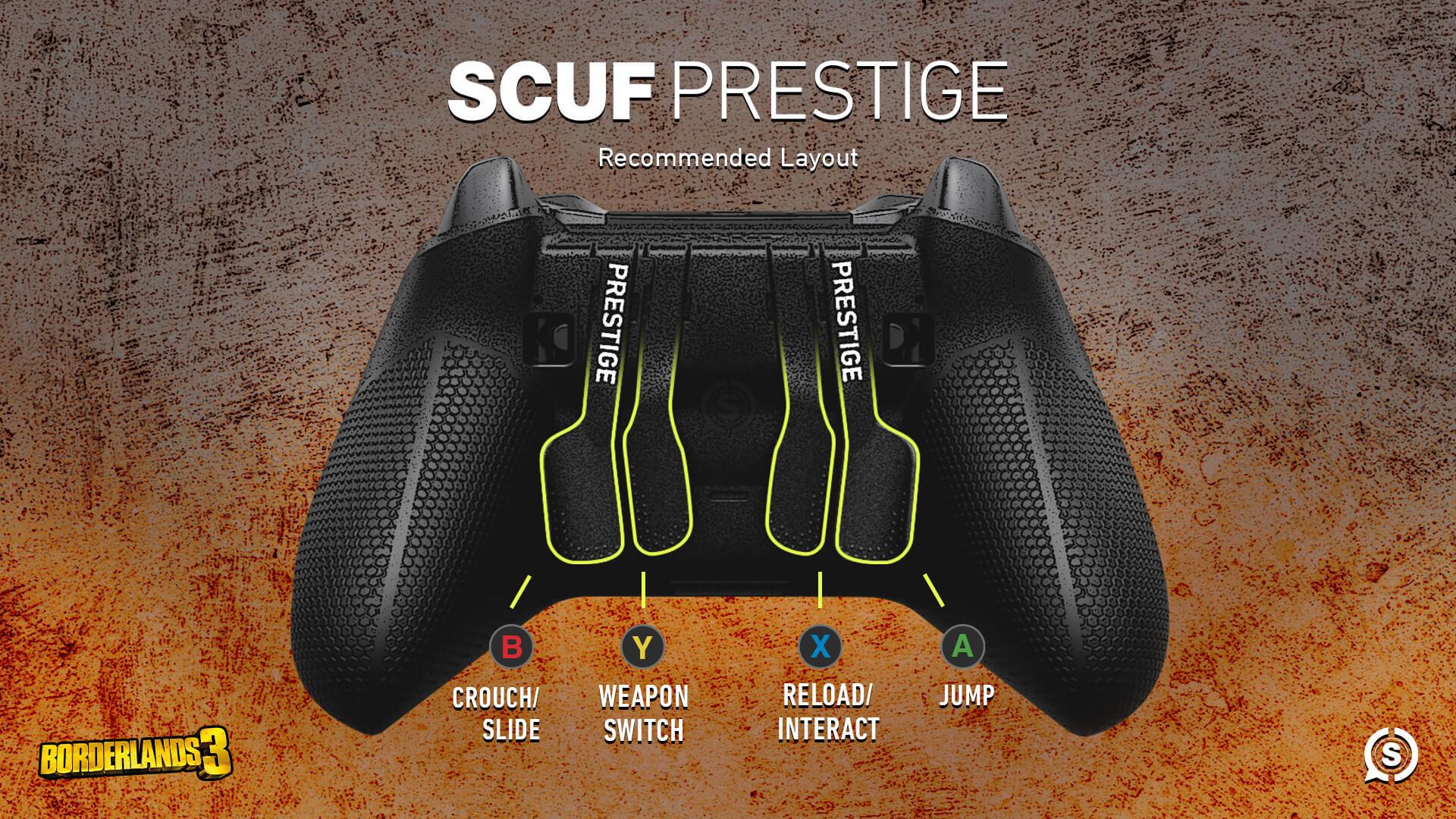 Now that you’ve mastered the paddles, let’s start remapping. If your controller is equipped with our remapping feature, you can remap the paddles by using our EMR Mag Key (or just slide the remapping switch into remapping mode if you’re a SCUF Vantage owner). Press and hold the button you want to map to your paddle or sax button.

When finished, remove the EMR key (or slide the remap switch back into play mode on SCUF Vantage) and you’re ready to go. You can tailor your SCUF to your playstyle just like you can select the best vault hunter for your playstyle.

Now that you've gotten started, check out our other Borderlands 3 guides:

Improving Your Aim in Borderlands 3

Borderlands 3, the popular loot ‘n shooter by Gearbox Software and 2K Games is the latest to the Borderlands franchise on PS4, Xbox One, and PC.