Ubisoft brings us another installment into the series: Assassin’s Creed Valhalla. Play as Eivor, and earn your honor for Valhalla by traveling from Norway to conquer England. You can decide your own fate - your actions will influence the ending of the story. Explore all Norway and England have to offer, learn the ways of Assassin’s to sneak and take out enemies, and have the true viking experience of raiding and conquering new lands.

Assassin’s Creed has a lot of options of things you can do from exploring to completing the story as an open-world game, so here are some key tips to help you the most while you play, especially starting early on. 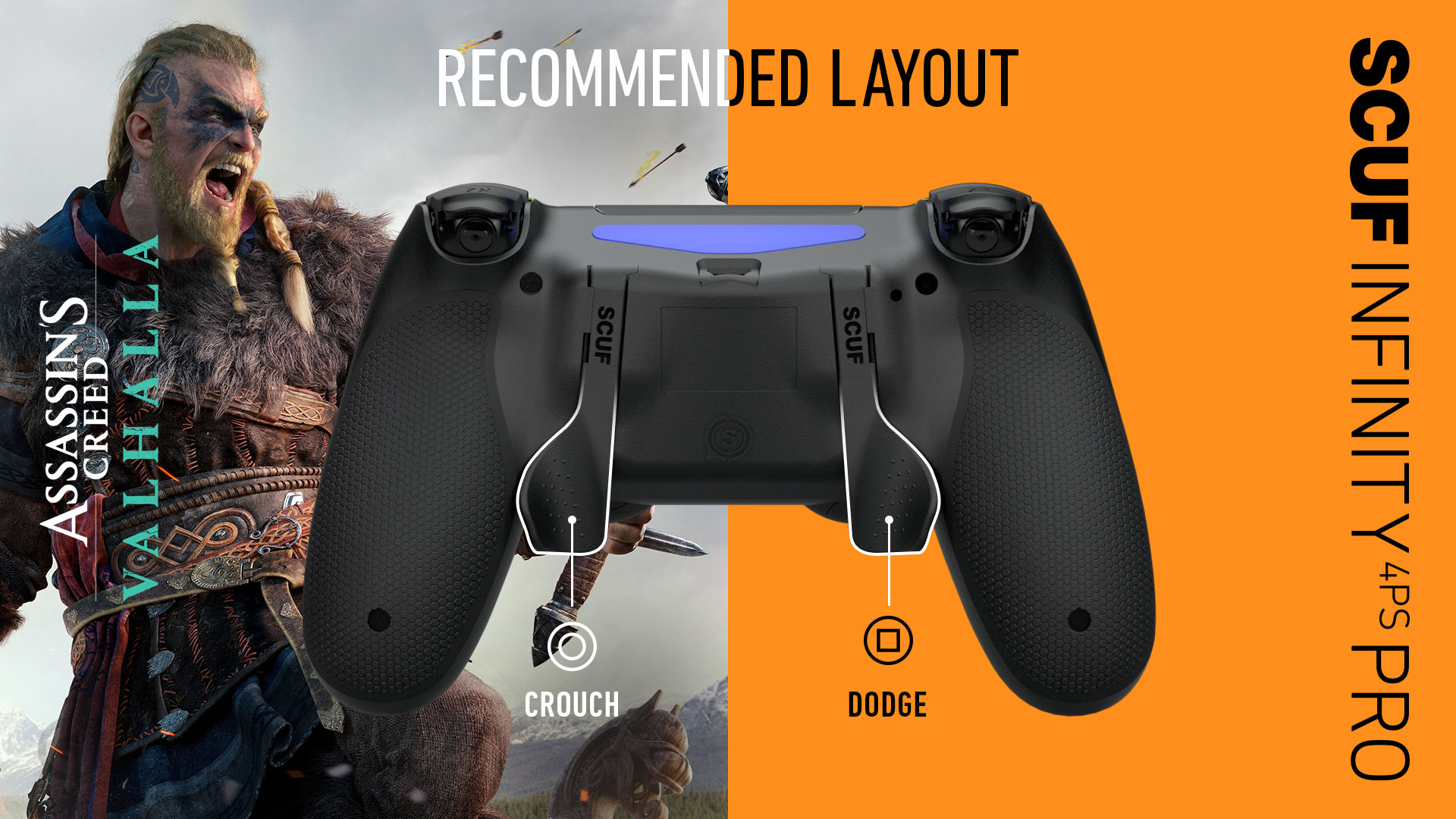 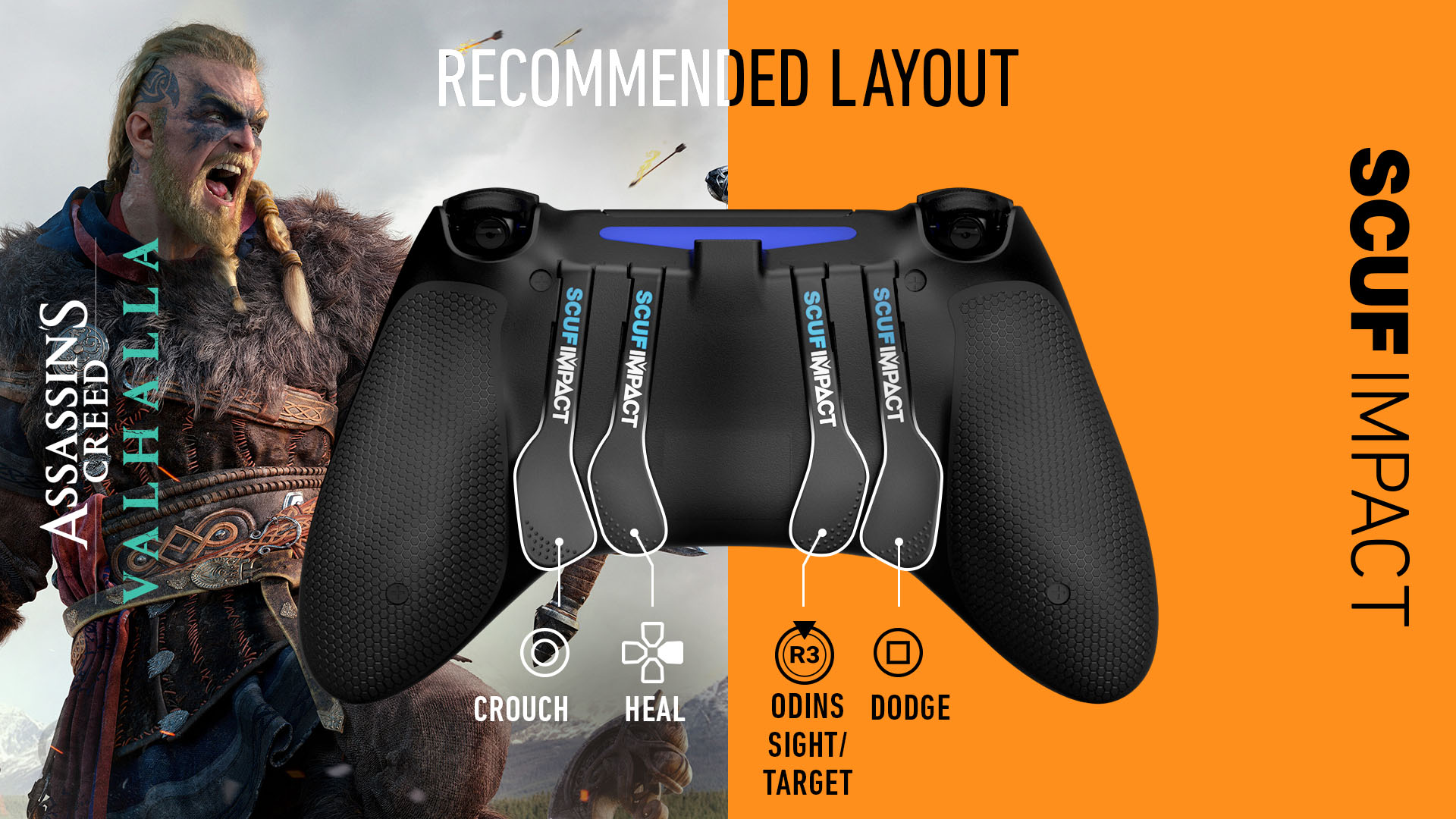 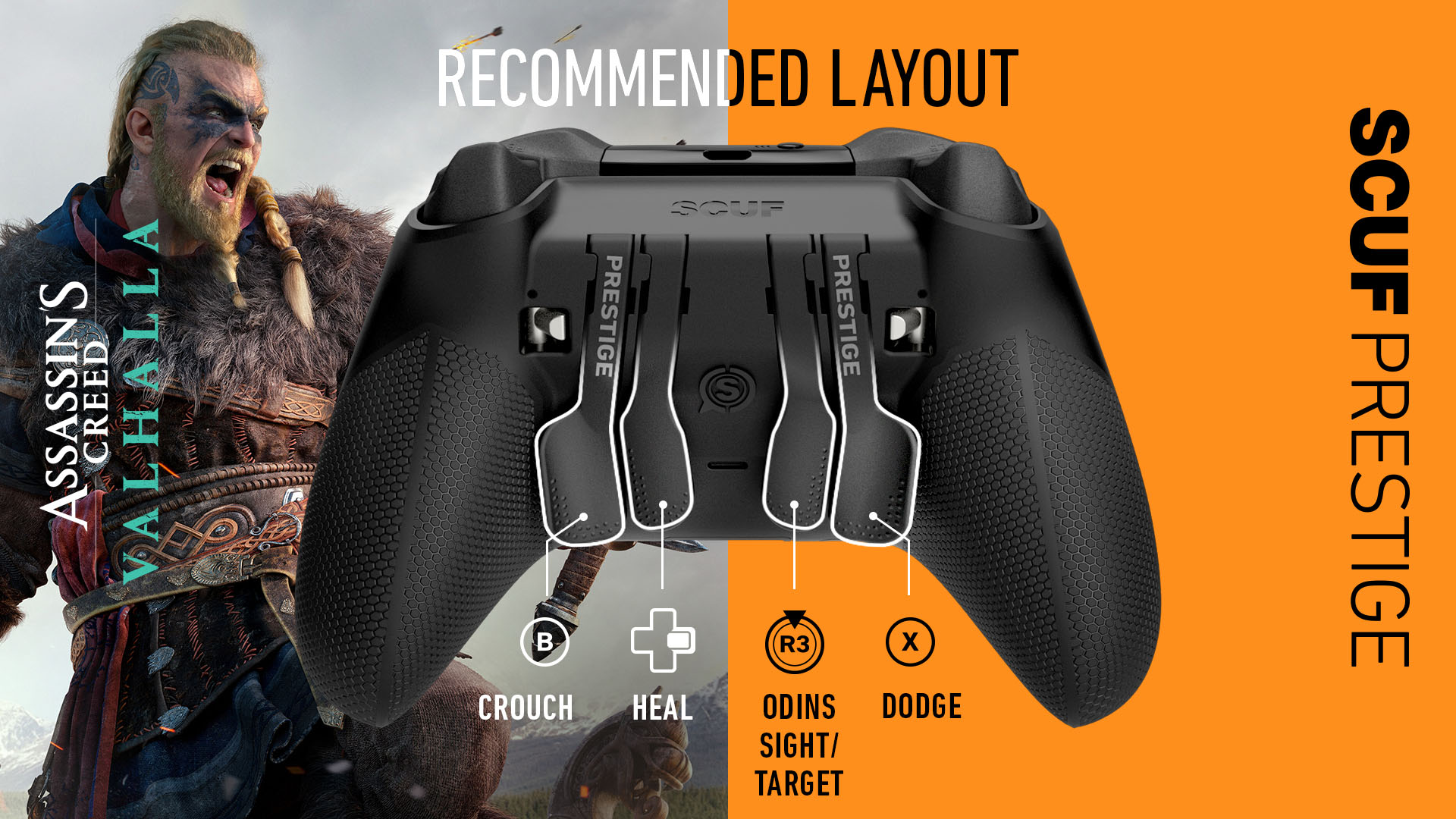 Just like you can tailor your gameplay to suit you, you can customize your SCUF to how you like to play.

With Four Paddles, you’ll have quick access to the above moves, as well as a quick press to heal in the middle of combat and Odin’s Sight and Targeting if you like. Pressing in a paddle for longer to activate Odins Sight is significantly more comfortable than the thumbstick - but you can also use the paddle for Odins Sight and keep targeting with the thumbstick if you like.

Keep in mind that the SCUF Infinity4PSPro and SCUF IMPACT are only compatible with the PS4 editions of Assassin's Creed Valhalla. The SCUF Prestige is compatible with next gen Xbox: Xbox Series X and Xbox Series S. For more information on compatibility, check here.

To give you more control over your movement and looking around, we recommend using two short concave thumbsticks. You’ll be able to really dig in to have precise movement and to target, but also be able to do so quickly.

While you’re playing for hours pillaging and conquering England, high-performance grip will reduce slippage and increase comfort during long hours of play. Don’t let sweaty hands get in the way of your adventure.

Take advantage of the tips throughout this guide to conquer England and earn honor for Valhalla. Enjoy exploring, killer combat, classic stealth and the story in Assassin’s Creed Valhalla. Let us know how you’re enjoying this gorgeous game over on  Twitter, Instagram, Youtube, and Facebook.