Apex Legends recently released Season 8 for PS4 and PS5, Xbox One and Xbox Series X and S, and PC.

In this 3 part guide, we’ll be starting with the basics, then move onto improving your aim, and finishing with expert settings. Keep in mind that the SCUF Infinity4PSPro and SCUF IMPACT are only compatible with the PS4 editions of Apex Legends. For more information on compatibility, check here.

Let’s get started on how to become better in Apex Legends.

At a baseline, Paddles give you a huge advantage than without. You can keep your thumb on the thumbstick to aim while using other key functions like jumping, crouching, sliding, swapping weapons, etc. Paddles and Apex Legends are perfect for each tother.

Having quick and easy access to Crouch/Slide and Jump will keep up with your pace of quickly traversing the map running and sliding, ducking into cover, and climbing. 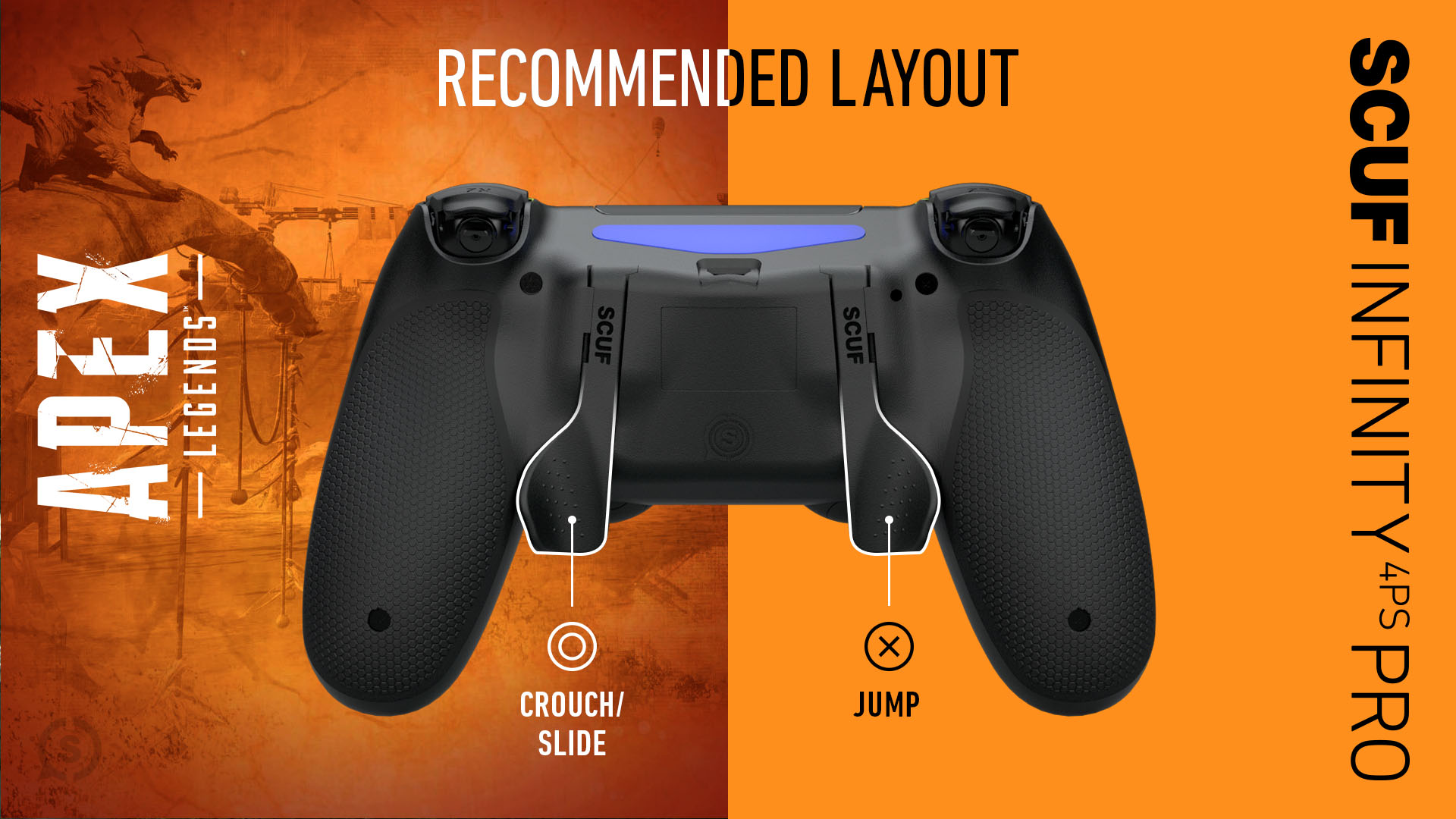 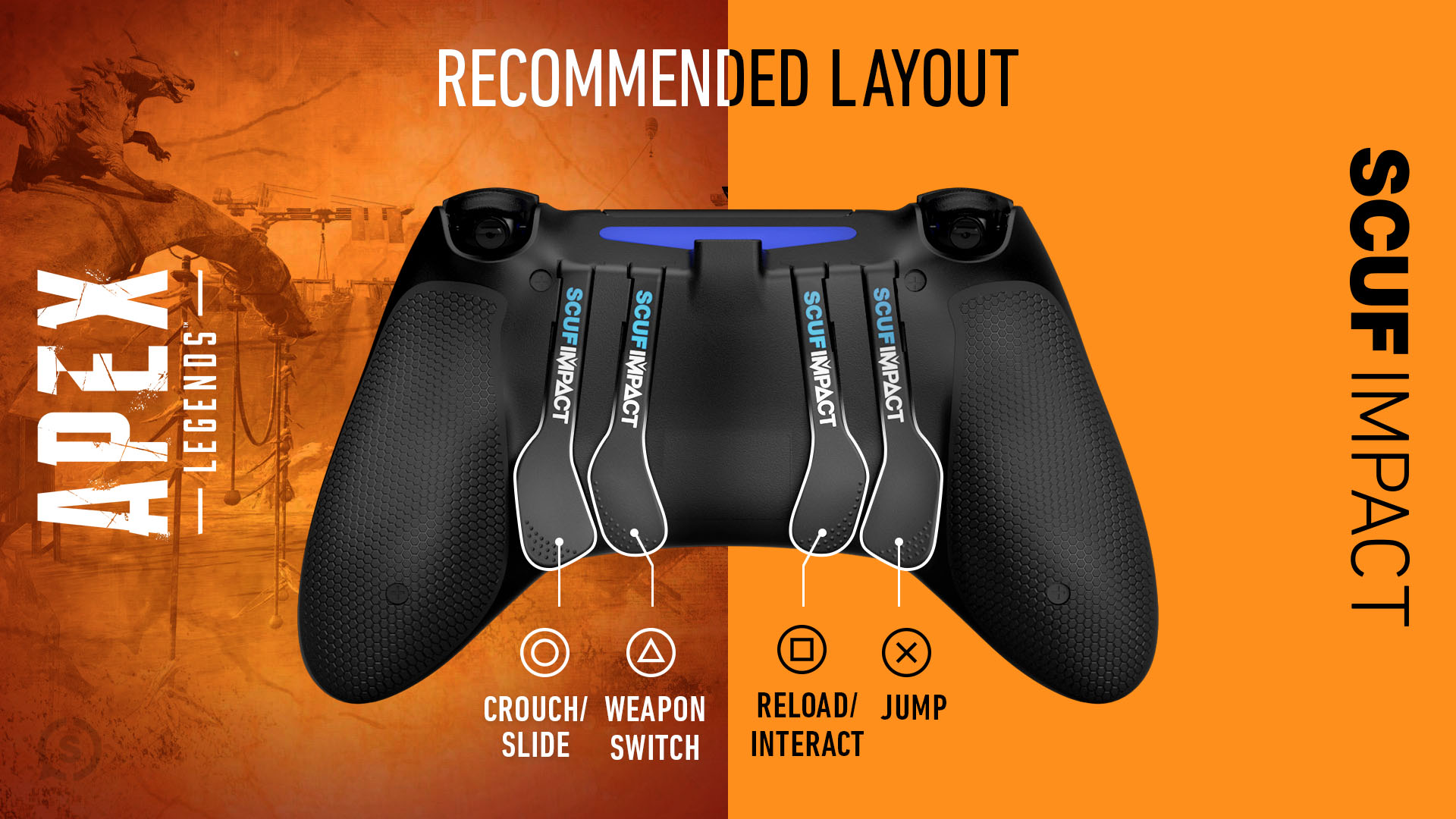 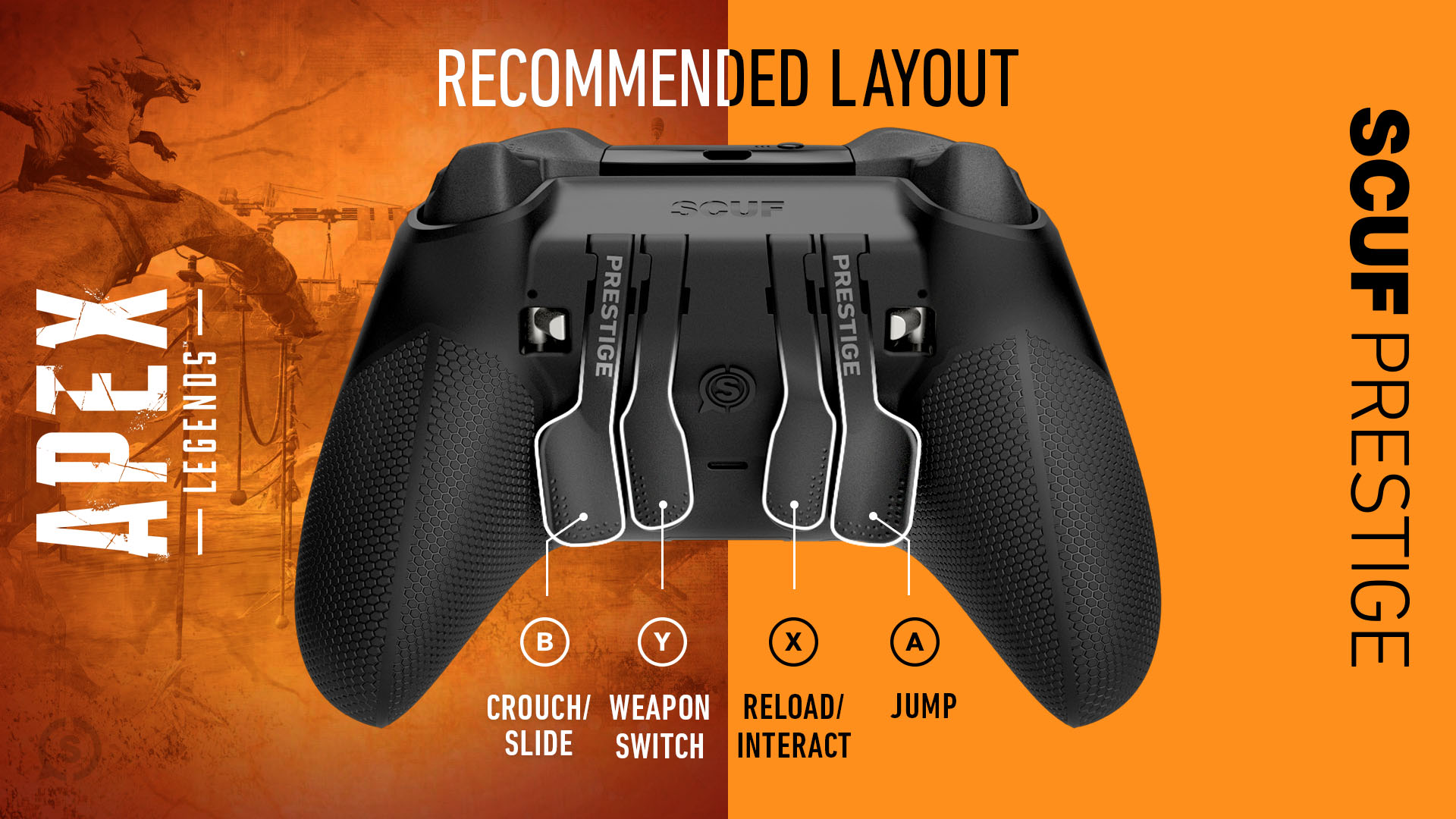 Now that you’ve mastered the paddles, let’s start remapping. Pplace the EMR key at the back of the controller and then press and hold the button you want to map to your paddle.